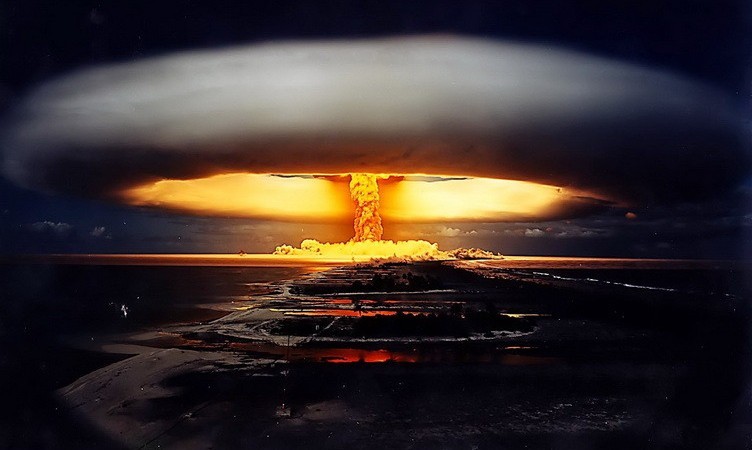 WASHINGTON — Target category No. 275 from the nuclear target list for 1959 may be the most chilling. It is called simply “Population.”

For the first time, the National Archives and Records Administration has released a detailed list of the United States’ potential targets for atomic bombers in the event of war with the Soviet Union, showing the number and the variety of targets on its territory, as well as in Eastern Europe and China.

It lists many targets for “systematic destruction” in major cities, including 179 in Moscow (like “Agricultural Equipment” and “Transformers, Heavy”), 145 in Leningrad and 91 in East Berlin. The targets are referred to as DGZs or “designated ground zeros.” While many are industrial facilities, government buildings and the like, one for each city is simply designated “Population.”

“It’s disturbing, for sure, to see the population centers targeted,” said William Burr, a senior analyst at the National Security Archive, a research group at George Washington University that obtained the target list in response to a request first made in 2006. Mr. Burr, who specializes in nuclear history, said he believed it was the most detailed target list the Air Force had ever made public.

The targets are identified only generically, with code numbers that correspond to specific locations. The exact addresses and names of facilities from that period are in a still-classified “Bombing Encyclopedia,” which Mr. Burr said he was trying to get declassified.

The 800-page document, marked “Top Secret” and in a fuzzy gray typescript, comes to light as the issue of air power and the possible targeting of civilians is again in the news. The United States has avoided bombing the Islamic State’s headquarters in Raqqa, Syria, for instance, because of the presence of civilian prisoners in the same complex.

But some presidential candidates have criticized President Obama for not ordering more strikes, including Senator Ted Cruz, Republican of Texas, who has called for “carpet bombing” the Islamic State in Syria and Iraq. When challenged, Mr. Cruz said that “the object isn’t to level a city.”

“The object is to kill the ISIS terrorists,” he added, using an acronym for the Islamic State.

The newly declassified target list is titled “Atomic Weapons Requirements Study for 1959.” It is essentially a huge spreadsheet, produced by the Strategic Air Command in 1956 and projecting what could and should be hit in a potential war three years later.

It was produced at a time before intercontinental or submarine-launched missiles, when piloted bombers were essentially the only means of delivering nuclear weapons. The United States then had a huge advantage over the Soviet Union, with a nuclear arsenal about 10 times as big, said Matthew G. McKinzie, the director of the nuclear program at the Natural Resources Defense Council.

He said that while the document conjured the height of the Cold War, the targeting of urban populations still remained an underlying principle of the use of nuclear weapons to deter attack. “The heart of deterrence is the threat to destroy the adversary’s cities, even today,” Mr. McKinzie said.

Alex Wellerstein, a historian of nuclear weapons at the Stevens Institute of Technology in Hoboken, said that in 1959, the United States had atomic bombs totaling about 20,000 megatons. President Dwight D. Eisenhower pushed to reduce the arsenal, and the tonnage was cut by half over the next year or two, he said.

“He just thought this would lead to the annihilation of the human species,” Mr. Wellerstein said.

At the time, military planners sought to surround the Soviet Union with bomber bases and, in the event of war, called for what they referred to in official documents as a “bomb as you go” strategy, flying toward the biggest Soviet cities and hitting every listed target along the way, Mr. Wellerstein said.

The 1956 document makes air power the highest-priority target, including 1,100 Soviet-bloc airfields, since the goal was to destroy Soviet bombers before they could take off and head for targets in Europe and beyond. But many air bases and command centers were in and around population centers, so even those strikes would have resulted in extensive civilian casualties.

The targets with the second-highest priority were those of the industrial infrastructure. That included the people who ran it.

Several military historians said Tuesday that while the general principle that civilians should not be targeted dated to before World War I, actual practice had often been dictated by the military needs of the moment. The allies in World War II and the Korean War began with a principle of avoiding killing civilians to the extent possible. But in each conflict, that ideal often gave way to bombing cities because it was seen as a military necessity.

Targeting civilians has often been viewed as a way of undermining enemy morale, prompting a revolt or surrender — and conceivably leading to a shorter war. And so the large-scale bombing of civilians has sometimes been defended on humanitarian grounds, even after the firebombings of Tokyo and Dresden, Germany, and the atomic bombs dropped over Hiroshima and Nagasaki.

The authors of the 1956 target list had lived through those experiences. But with two superpowers facing the prospect of nuclear annihilation for the first time, the assumption was that one side or the other would quickly prevail, with deaths in the millions.

Stephen I. Schwartz, an independent consultant on nuclear weapons policy and the co-author and editor of a 1998 book on American nuclear weapons, “Atomic Audit,” called the target list “grim and frankly appalling.” But he said he was pleased that the document had been published at a time when fewer and fewer Americans, including policy makers, have much knowledge of nuclear weapons.

“We’ve known the general contours of nuclear war planning for a few decades,” he said. “But it’s great that the details are coming out. These are extraordinary weapons, capable of incredible destruction. And this document may be history, but unfortunately the weapons are not yet history.”