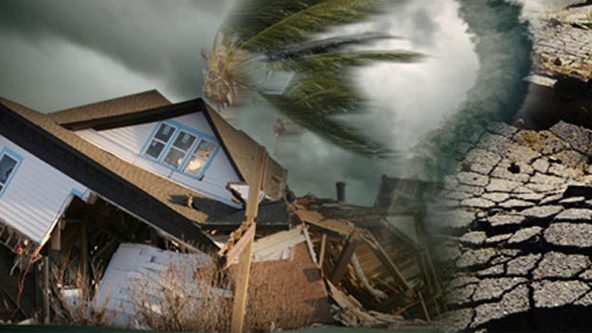 Despite epicentre being fixed in south-eastern region, the shocks were sensed in Crimea, as well as in Zaporizzhya, Berdyansk, and Dnipro, all of them in central and southern parts of Ukraine.

The first tremours in Mariupol happened allegedly at about 11 am. The local residents said they did not pay attention at first, for the city lies close to the front line where earth vibrations have become a common phenomenon.

Ivan, local resident: “It seemed as if the war has started, as if the city was being shelled by the missiles. Though we saw nothing in the sky.”

No victims or injured reported so far. General noise and vibration lasted for several minutes.

The recent earthquake was the first in almost a century to be that strong, though minor shakings have happened for more than 60 times already. Ukraine is now in the midst of long seismic process. Geologists explain that the quakes are caused by collisions of African and Eurasian tectonic plates. One of the most active zones lies no further than one hundred kilometers from Ukrainian border, so new earthquakes are inevitable.

The strongest earthquake fixed happened in Ukraine in September 1927 in Crimea. Three people were killed, 65 got injured. 70% of buildings were destroyed in the coastal city of Yalta. The aftershocks were felt as far as Odesa region.

This time the earthquake did not reach Odesa, though the city still encountered a natural disaster. Instead of earthquakes, locals suffered from heavy rains and massive storms. Dozens of trees in the streets reported to have been fallen, electrical power lines also cut off.

One person died, one more missing, and several people injured in neighboring coastal town of Zatoka. The victim is reported to have been killed by lightning. Strong wind also overthrew the stage rigging during a musical festival “Z-Games”. Torrential rains and thunderstorm destroyed numerous tents in the visitors’ tent camp nearby. In view of unprecedented weather conditions the festival has been cancelled. – UkraineToday

An earthquake with a magnitude of 4.8 rocked Antigua on Monday but there were no immediate reports of damage or injuries.

The Trinidad-based Seismic Research Centre (SRC) at the University of the West Indies (UWI) said that the quake occurred at 6:15 am and had a depth of 31 kilometers (km).

It said that the earthquake was located at latitude: 17.42N and Longitude: 61.93W and was 35 km north-north west of the capital.

The quake was also felt 90 km east of Basseterre, St Kitts and Nevis and 137 km north-northwest of Point-à-Pitre, Guadeloupe. – JamaicaObserver