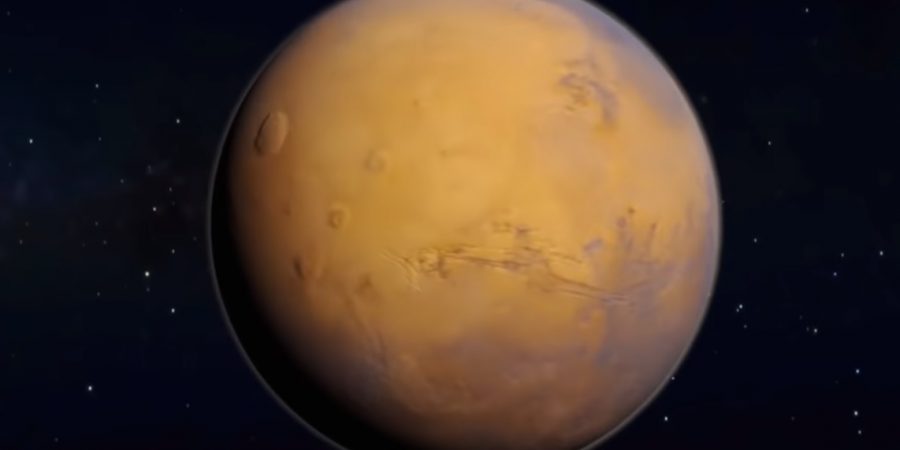 Andrew Basiago, J.D., claims that he visited Mars 20 times between 1981 and 1984 through a Jumpgate located in El Segundo, California. He says others, including VIPs such as former CIA Director Admiral Stansfeld Turner, were also sent to the Martian surface through eight jumpgate portals dispersed around the middle latitudes. Basiago says the average daily temperature was around 70 degrees Fahrenheit, and the air was similar in oxygen content to an altitude of 11,000 feet on Earth.

Basiago claims that at any one time there were up to 1,500 Americans on Mars surface that were there to maintain a continuous presence, and they had to escape numerous predators. His experiences with Mars predators and other wildlife led to him recognizing some of these animals and vegetation in NASA Rover images. In Basiago’s first paper about Mars dated December 12, 2008, he examines NASA image PIA 10214 and claims a number of creatures are in it which he recognized from his trips there, which include plesiosaurs and water buffalo.

His most controversial claims concern unusual creatures he says can be identified in other Mars Rover and satellite imagery, which includes a scorpion man and gremlins. Basiago refutes criticism that what he witnessed in the Mars images is merely a case of paredolia, especially when it comes to an alleged image of a striding gremlin in what appears to be a small grove of trees. In the subsequent discussion, Dr. Michael Salla proposes a distinction between objects Basiago recognized from his time on Mars, which can be asserted to be corroborating evidence for his overall experiences, to other objects such as gremlins, which may be attributed as paredolia.

Regardless of the more controversial elements of Andrew Basiago’s analyses of Mars Rover and satellite images, his detailed memories of travel to Mars on 20 occasions where he spent significant periods on the Red Planet from 1981 to 1984 have been independently corroborated by several other individuals. These include Brett Stillings, William White Crow and Bernard Mendez who all have publicly confirmed their participation in the Mars Jumpgate program, and the involvement of others such as Barack Obama (aka Barry Soetaro) and Major Ed Dames.