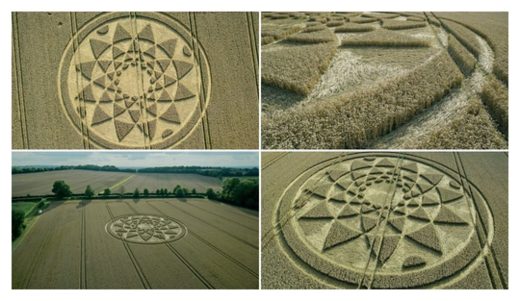 A farmer is asking for £2 donations from visitors to cover costs after a huge crop circle appeared in her field overnight.

The “annoying” feature has destroyed around eight tonnes of grain but Ms Klindt has been allowing visitors to view it while charging to help cover the loss of the crop.

Online drone footage has attracted hundreds of people to the farm.

A cherry picker is in place so visitors can view it without damaging crops. 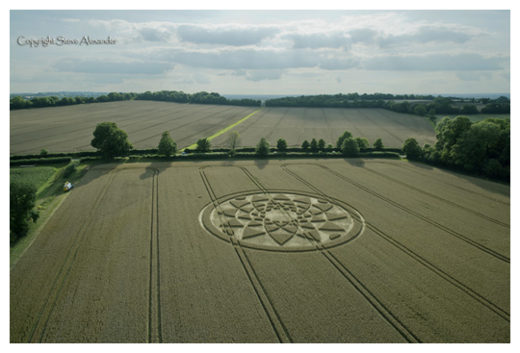 The giant formation in a field of mature wheat is the first on Ms Klindt’s farm.

She told the BBC: “We’ve had helicopters, low-flying aircraft and so many drones.

“On Saturday we had about 130 people and eight or nine people were there camping out in the middle of the circle to watch the Perseid meteor shower.

“And this morning I got a call at 4:30am to say there was a van with ‘love’ on it and a man with a magical cape dancing around with incense sticks.

“It’s about 60m wide which means we’ve lost about eight tonnes of grain. 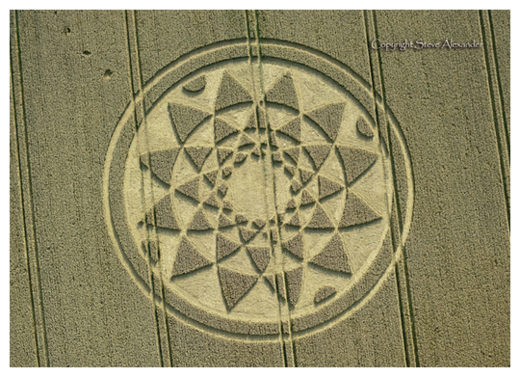 “So we’re asking for a £2 donation to cover the loss of the crop and we’re also charging for people to go up in the cherry picker.

“But on Friday it will be gone when we harvest and the headache will be over.”

Creating crop circles is a criminal offence and police have urged farmers to report incidents on their land after a recent spate.