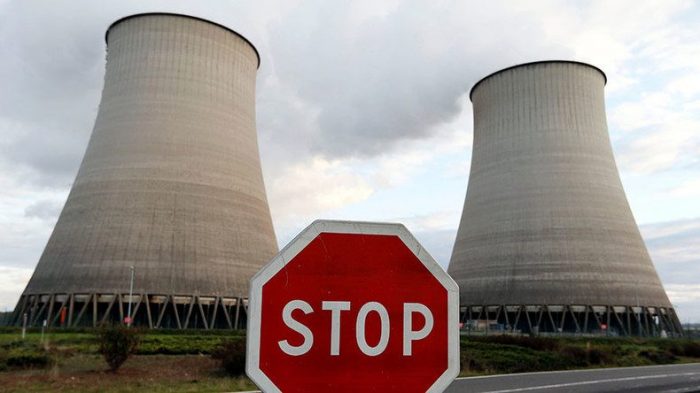 A natural disaster could put at risk the cooling systems of almost 30 nuclear reactors at 12 nuclear sites in France, according to the Nuclear Safety Authority (ASN).

On Monday, the ASN said that 20 nuclear reactors at 8 nuclear plants operated by EDF are potentially at risk of a “total loss of the heat sink,” which is classified as ‘level 2’ according to the International Nuclear and Radiological Event Scale (INES). Another nine reactors at four nuclear sites are at “risk of partial loss,” which is ‘level 0’ according to the INES. The scale has 7 levels that describe the safety significance of nuclear and radiological events, with the highest level classified as a ‘major accident,’ and events from levels 1 to 3 classified as ‘incidents.’ Events without any safety significance are rated as Below Scale/Level 0.

The French company EDF, which operates the country’s nuclear reactors, said earlier that 20 reactors might not be able to withstand earthquakes, which could cause a collapse of their cooling systems, and nine reactors’ cooling systems could also be at risk.

The ASN said that thickness measurements of pipeline systems at the Belleville Nuclear Power Plant in May and June 2017 revealed the metal is too thin to resist an earthquake. After discovering the vulnerabilities, “a thickness measurement campaign” was carried out by EDF at potentially at risk nuclear facilities.

EDF said on October 11 that it was fixing pipe problems at 20 nuclear reactors to prevent the collapse of cooling systems, and the ASN is currently checking the progress.

Last week, Greenpeace activists staged a fireworks display on the premises of the Cattenom Nuclear Power Plant to highlight “security risks” at the facility. Four reactors at the site were included among reactors at risk level 2 by the ASN.

France operates 58 nuclear reactors with total capacity of 63.2 GWe. Concerns over seismic safety were among the reasons it was decided to shut down the Fessenheim plant by April 2020.