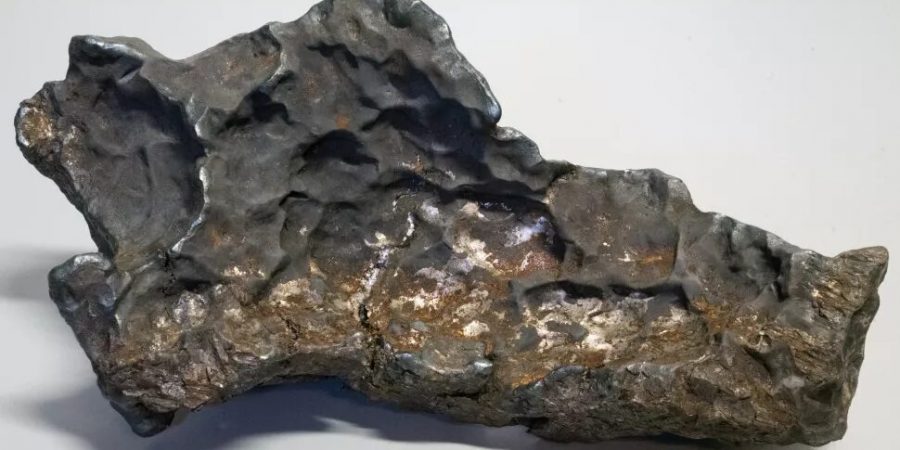 30-Pound Meteorite that Crashed in Sweden Recovered in Local Village

Would be incredible to interact (if it was safe to do so) with an object that travelled through space!

A half-melted hunk of iron-rich rock found in Uppsala, Sweden, is part of a meteorite that fell there in November 2020.

The lumpy meteorite is about the size of a loaf of bread and weighs around 31 pounds (14 kilograms), according to the Swedish Museum of Natural History. It was once part of a larger space rock, probably weighing more than 9 tons (8.1 metric tons), that created a dramatic fireball over Uppsala on Nov. 7.

After that impact, scientists at the Swedish Museum of Natural History calculated the likely landing site and found some small fragments of iron meteorite near the village of Ådalen, according to a museum statement. The fragments were only about 0.1 inches (3 millimeters) long, but the investigation also turned up a boulder and a tree root that had clearly been hit by something heavy. 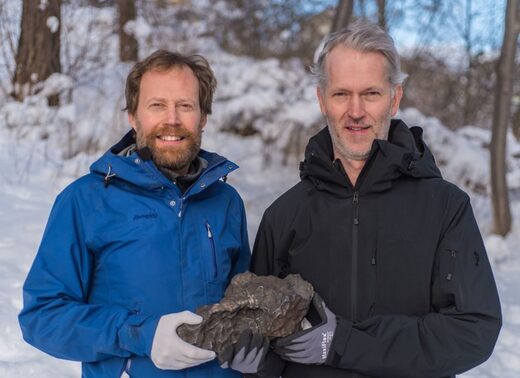 Stockholm geologists Andreas Forsberg and Anders Zetterqvist headed back to the site and found a much larger piece — likely the one that smashed the boulder. The piece was about 230 feet (70 meters) from the area where the fragments were found, partially buried in moss. One side is flattened and cracked, likely from the collision, and the meteorite is pockmarked with circular depressions. These depressions are common in iron meteorites, according to the museum, and they form when the space rock partially melts during its passage through the atmosphere.

“It is the first sure example of a newly fallen iron meteorite in our country,” Swedish Museum of Natural History curator Dan Holtstam said in a statement. It’s also the first time that any meteorite fragments linked to an observed fireball have been recovered in Sweden for 66 years.

“Since we now know that it is an iron meteorite, it is possible to fine-tune the simulations of the meteorite fall, University of Uppsala astronomer Eric Stempels said in the statement. “It is very likely that the meteorite that has now been found is the largest existing piece after the originally about 9-ton-heavy space rock. Some smaller pieces are probably left in the area.”

Iron meteorites are the second-most common kind of meteorite that land on Earth, after stony meteorites. They originate in the cores of planets and asteroids, which means they can hold clues to the formation of the solar system.

Some iron-rich meteorites have been found to harbor minerals not seen on Earth. Other types of meteorites contain complex organic compounds, perhaps hinting at how the building blocks of life originally landed on this planet.