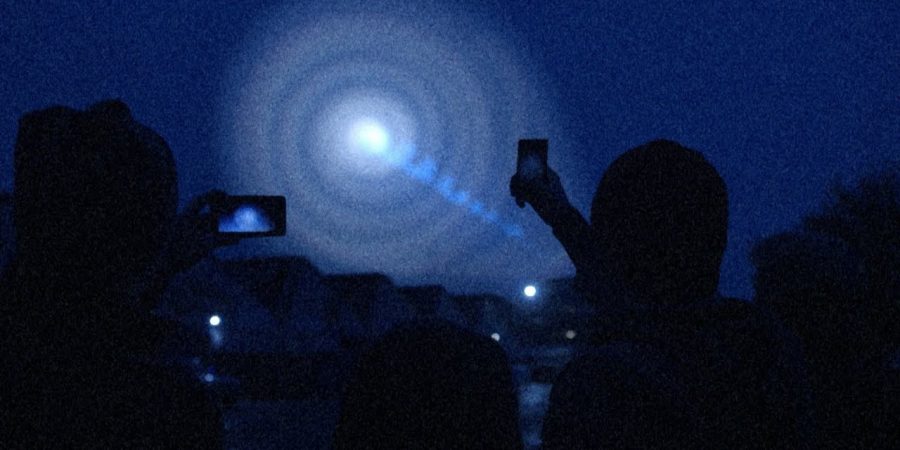 There are many strange phenomena in our world, here are 5 random ones. We may explore these in more detail sometime. But for now here are the 5:

No. 5 Earthquake Lights: Seen before the onset of an earthquake, and sometimes even after, these white and blue lights are localized to places with intense tectonic disturbances. Their lifetime can vary from a few seconds to more than ten minutes. Their accounts date back to 373BC, more recent ones being from the 2009 LAquila earthquake in Italy and the eruption of the Sakurajima Volcano in 2011. Due to the lack of scientific examination the surrounding earthquake lights remain an enigma.

No. 4 Hessdalen Lights: Since 1940s, unexplained sightings of lights in Norways Hessdalen valley have been reported. These are essentially beams of white, yellow and even red light, either stationary or free-floating, that appear 10-20 times every year. The unnatural lights garnered a lot of attention from the general public and the scientific world alike. In 1983, a number of Norwegian institutions, started what came to be known as Project Hessdalen. Years of scientific research have given rise to a number of hypotheses that sadly remain, unproven. The mystery surrounding the origin of Hessdalen lights has also led many to speculate on possible UFO presence.

No. 3 The Hum: Around 7% of people ranging from 55-70 years old and living in specific areas of the US, UK, Canada and New Zealand are capable of hearing a constant humming sound, of unknown origins. It is usually more pronounced indoors and at night. Physiological effects of the hum include headaches, dizziness, insomnia, nausea and even suicide in extreme cases. Although scientific reasoning mainly points towards the usual sources of noise pollution, substantial research regarding its solution and treatment seems to be missing. The current logical explanation for the hum are the Microseismic waves that penetrate through the Earths mantle.

No. 2 – Spontaneous Human Combustion: Spontaneous human combustion is exactly what its name suggests: humans bursting into flames without any apparent external cause. Earliest reference to cases of spontaneous human combustion can be found in the 1673 De Incendiis Corporis Humani Spontaneis by Jonas Dupont. Usually associated with old age, obesity, cigarette smoking and even ketosis as a result of alcoholism, explanations for SHC remain only a conjecture. Interestingly enough, the fire from the victims left some body parts intact, and did no damage to surroundings.

No. 1 The Wormhole: On 9 December 2009, a spiral anomaly appeared over the skies of Norway and Sweden. The spiral consisted of a blue beam of light with a greyish spiral emanating from one end of it. It lasted for 23 minutes which rejected the speculations for it to be a fireball meteor. UFO enthusiasts immediately began arguing whether the aerial light display could be evidence of extraterrestrial intelligence, that it could be a wormhole opening up or that it was the result of recent Large Hadron Collider experiments. However, the Russian Ministry of Defence confirmed that a Bulava missile test had failed during its stage of the trajectory. According to a spokesman: At least this failed test made some nice fireworks for the Norwegians..