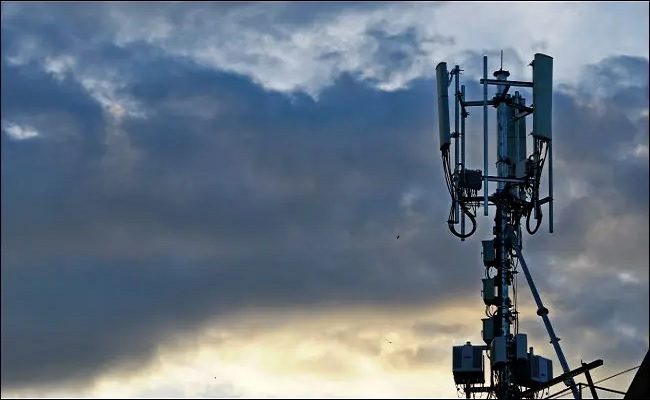 5G May not be Completely Safe; So Why are All Concerns Around it Dismissed?

by Peter Andrews
via RT

An eminent academic has written an essay urging governments to stop rolling out 5G networks based on the ‘precautionary principle.’ Given that the West stopped the world over Covid19, why is any hesitance around 5G dismissed?

An astonishing paper, published in the Journal of Epidemiology & Community Health, claims that there is not sufficient proof that 5G is safe, and that the only reason the rollout is going ahead regardless is because there is so much money to be made. Its author is Professor John William Frank, a professor of evidence-based medicine at the University of Edinburgh and fellow of the Royal Society.

Regular readers of mine will know that I have become somewhat disillusioned with the qualifications and ‘letters after the name’ of our new public health overlords, but nevertheless Professor Frank’s credentials are impeccable if that is your thing. For a person of this stature in the field of public health to take it upon himself to demand a stop to 5G is no small matter. It will be interesting to see what waves his paper makes in the mainstream media.

Professor Frank’s argument is that 5G technology should be completely halted (at least temporarily) based on ‘the precautionary principle.’ He writes that
“significant doubt about the safety of a new and potentially widespread human exposure should be a reason to call a moratorium on that exposure, pending adequate scientific investigation of its suspected ‘adverse health effects’.”

He outlines how the thing that makes 5G faster than previous generations of wireless networks – its active ingredient, if you will – is something called radio frequency electromagnetic fields or RF-EMFs. The essay cites a growing body of work suggesting that these EMFs are harmful to human health.

For example, in 2011 the International Agency for Research on Cancer found that EMFs are “possibly carcinogenic to humans.” None of the previous iterations (1G, 2G, 3G or 4G) used these, nor did they use such high frequencies as 5G does. There are plenty more worrying facts about 5G in his essay, but the bottom line remains that we simply do not know what the impact will be on the population at large. The appropriate tests simply have not been done yet.

Frank thinks that we should follow the money to discover why 5G is going ahead without the proper checks and balances. So who stands to gain from a gargantuan 5G rollout? China is betting big on 5G, and before coronavirus (I mean, before we knew about it) they said that they planned to build 600,000 5G stations this year, with a quarter of those in Zhejiang province alone.

So is 5G safe or not? Professor Frank’s argument is that the way to find out is not to blast most of the world’s population with its rays and just hope that catastrophe won’t follow. But there are other opinions. For instance, Wikipedia, that august arbiter of truth, says ”the scientific consensus is that 5G technology is safe,” with lots of nice references to back that up.

Hopefully the public will begin to hear some more arguments both for and against 5G — I for one have seen very little discourse surrounding it, despite the fact that its widespread rollout is moving full steam ahead.

This is because the ruling classes, as we have all found out in recent times, do not much care for argument, rhetoric or debate. Their preference is for using the best-funded propaganda apparatus of all time to shut down all alternative discourse. That is unfortunate, and hopefully Professor Frank’s reasoned and impassioned plea for hesitation will strike a chord in the hitherto stony hearts of whoever needs to read it.

But why do I get the feeling that somehow ‘the precautionary principle’ is only ever invoked when it suits the powers that be? Their reaction to coronavirus suggests that they believe safety is paramount — in fact, it is the only important thing. They say that even when preserving the lives of society’s oldest and most vulnerable incurs unfathomable costs on the rest of the world, it must be done.

Well it is exactly that philosophy that has impelled Professor Frank to sound this warning against 5G. By their own standards, governments who have implemented lockdowns in the name of public health must surely stop the move to 5G pending investigation of the potential side effects. To do otherwise would give new meaning to the word hypocrisy.

About the Author:
Peter Andrews, Irish science journalist and writer based in London. He has a background in the life sciences, and graduated from the University of Glasgow with a degree in genetics.