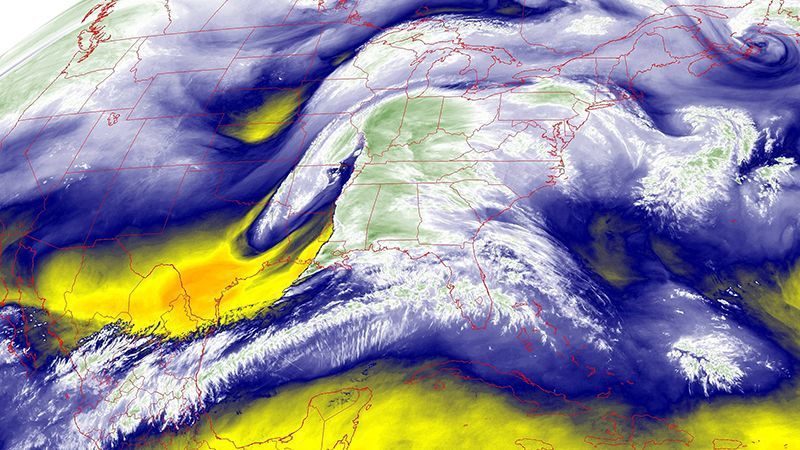 We can add this issue on top of the terrible health risks of 5G to all life on earth!

Wireless radio frequencies being auctioned by the U.S. government for mobile 5G networks could interfere with weather forecasts and make them much less accurate, meteorologists warn.

The mobile network could cause interference that prevents satellites from detecting concentrations of water vapor in the atmosphere accurately, according to a report in the journal Nature.

“This is a global problem,” Jordan Gerth, a meteorologist at the University of Wisconsin–Madison, told the journal.

For months, the National Oceanic and Atmospheric Administration, NASA, and two committees in the U.S. House, asked the Federal Communications Commission to delay 5G spectrum auctions, the Washington Post reported.

The FCC has gone ahead with the sales. An auction on April 17 involved two groups of frequencies: one between 24.25 and 24.45 gigahertz and the other between 24.75 and 25.25 gigahertz, Nature reported.

Information about atmospheric water vapor is plugged into computer models to predict how weather systems will behave. The vapor transmits a faint signal at a 23.8-gigahertz frequency.

Meteorologists say a 5G station transmitting close to that same frequency could be mistaken for water vapor, and, they warn, that could make forecasts less accurate.

“This is the first time we’ve seen a threat to what I’d call the crown jewels of our frequencies — the ones that we absolutely must defend come what may,” Stephen English, a meteorologist at the European Centre for Medium-Range Weather Forecasts in Reading, UK, told Nature.

In March, three chairmen of U.S. House Appropriations subcommittees sent a letter to FCC Chairman Ajit Pai asking him to delay an auction that month.

“Without this data, the nation’s forecasting capacity would be reduced to the accuracy of the forecasts produced in the 1970s,” the Democratic congressmen wrote, according to Roll Call. “For example, the forecast for Superstorm Sandy would have predicted landfall in Maine 24 hours later than actual landfall occurred in New Jersey, roughly 300 miles away. This would have further imperiled millions of Americans.”

A similar request was made by Texas Democrat Eddie Bernice Johnson and Frank Lucas, an Oklahoma Republican, who lead the House Science, Space and Technology Committee.

“Given the frequency spectrum being considered, and at the FCC’s suggested noise limits, there is the potential for signal interference with Earth observation sensors for weather and climate forecasting which operate at adjacent spectrum frequencies,” the letter said, according to Space News. “We are therefore asking you to delay the auction of 5G spectrum until NOAA, NASA and the (Department of Defense) have been adequately consulted and their concerns have been addressed.”

The Trump administration has been a proponent of rolling out 5G networks faster. At a White House event on April 12, President Donald Trump said 5G networks will “transform the way Americans work, learn, communicate, and travel.”

“5G networks will create astonishing and really thrilling opportunities for our people,” Trump said, according to a report by Mashable.

5G networks are expected to be at least 100 times faster than the current 4G networks, cut delays and allow for innovations in a number of fields.