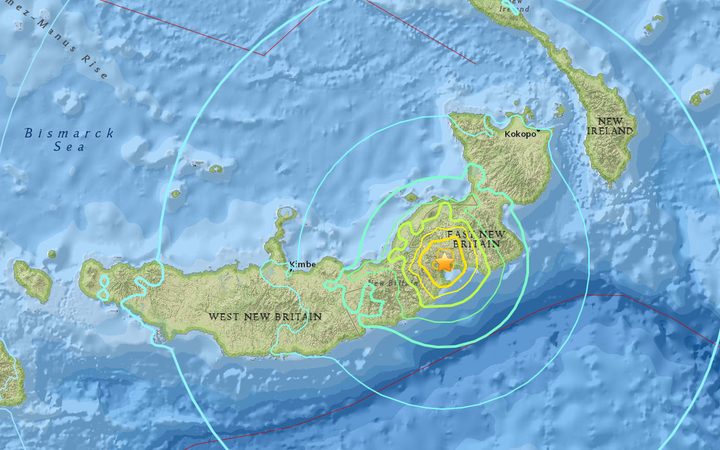 A month after a similar size quake hit, a magnitude 6.9 quake struck has off New Britain island.

A magnitude 6.9 earthquake struck off the southern coast of Papua New Guinea’s New Britain island on Friday, the US Geological Survey (USGS) said.

The Pacific Tsunami Warning Centre (PTWC) issued a threat warning for the country’s coastline located within 300 km of the quake’s epicentre.

“Government agencies responsible for threatened coastal areas should take action to inform and instruct any coastal populations at risk,” the PTWC said in its alert.

“Hazardous tsunami waves are forecast for some coasts. Persons located in threatened coastal areas should stay alert for information.”

Waves could reach the Solomon Islands as well the centre said.

Australian authorities said there was no threat to the Australian coastline from the quake, which was initially reported as a magnitude 7.2.

The USGS said the quake, which was very shallow below the seabed and close to the coast, struck at 7.25am on Friday (2125 GMT on Thursday) and was centered 100 miles (162km) southwest of Rabaul.

Papua New Guinea, one of the world’s poorest countries, is still reeling a month after a magnitude 7.5 quake hit its rugged and remote highlands, killing at least 100 people as landslides buried villages.