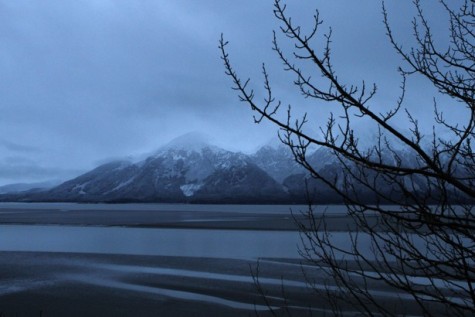 EDITOR’S NOTE: “I can’t help but wonder if the planetary alignments of the 5 planets had any part in this one. Back in 2004 when 4 Planets aligned we had the Big Indonesian Quake and Tsunami that killed ~250K people. Also the moon could have a part to play in this too as it’s a full moon so it’s closer than usual. Then again it could all have nothing to do with it and it could all be natural but one can’t help but wonder”.

A nighttime 7.1-magnitude quake jolted people awake early Sunday in the south-central part of the state.

Some Alaskans were woken up in the middle of the night by a 7.1-magnitude earthquake that rattled buildings, knocked out power for thousands, and led to some evacuations.

The earthquake struck Sunday at 1:30 a.m. local time in the area of Old Iliamna, about 162 miles south of Anchorage, said the U.S. Geological Survey. The Alaska Earthquake Center recorded about 30 aftershocks in the first two-and-a-half hours after the quake. The largest, at 3:37 a.m. local time, was measured at magnitude 4.3.

There is no threat of a tsunami as a result of the quake. There have been no reports of injuries so far.

At least 10,000 people lost power in the Anchorage area. The city’s fire department said in a tweet that it is “very busy with reports of gas odors, alarm systems sounding, broken water lines, etc.”

Residents of 20 homes in the Kenai Peninsula, where the earthquake was centered, were evacuated following reports of gas leaks, according to Alaska’s KTUU-TV. One home caught fire and exploded hours after the quake, according to the AP.

The earthquake damaged Kalifornsky Beach Road, just off the Sterling Highway, one of two highways in the peninsula: 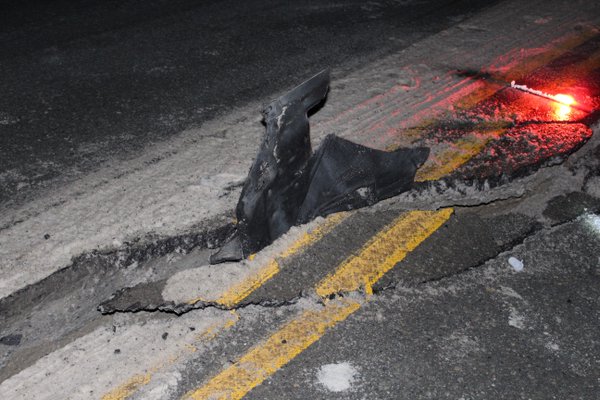 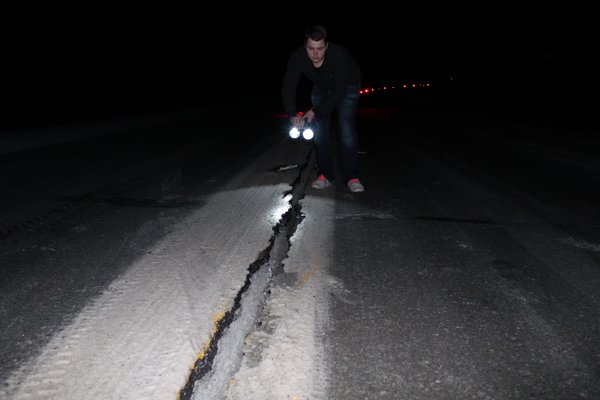 Some Alaskans took to social media to share their experience of feeling tremors, report power outages, and post photos of shattered wall decorations or items strewn about grocery-store aisles.