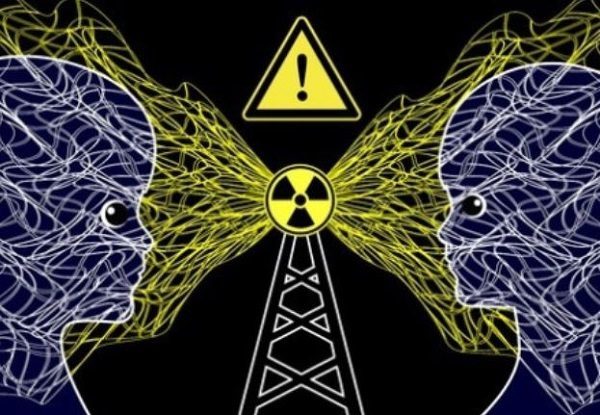 Recently, over 180 medics and scientists sent a document to the European Union appealing for the suspension of the new 5G EMF technology planned to roll out. Essentially, the 11-page document warns that EMF technology is a serious environmental hazard, harmful to life and that the new 5G EMF technology has not been properly tested for safety and has been blindly approved without health evaluation. The medics and scientists call for a proper health evaluation and while being carried out a suspension of 5G.

However, the unconditional push for EMF technology continues. The push involves a number of individuals, particularly those in high places, biased and blinded by money or the want for control, only seeing the EMF technology’s advantages. Flawed ideology and insanity ensues…

In reflection of this, if allowed to continue uncontested, here are 7 ways by which EMF technology seriously threatens not just the health and life of humans, but also endangers the existence of non-human populations through upsetting the delicate balance of life. Remember, without nature’s delicate and intricate balance we will cease to exist.

Because of the invisible ubiquitous nature of EMF exposure, unable to see its effects, it has been met with relatively little protest from the people. Further, as with smoking, we have seen many cases of cover-up and denial of the evidence linking EMFs to disease such as cancer.

It doesn’t help that there are long latency periods before any noticeable harm kicks in. Electrosensitivity – the reactions to EMF signals – are many, making it difficult for doctors to diagnose, as symptoms are so diverse.

Then there are the cell phone industry’s sponsored research establishments, deliberately designed to whitewash the industry with biased, false scientific claims that there is no link to cancer. Thus, both the mainstream media and the cell phone industry have done very little to protect its users. The same applies to users of other wireless applications in conjunction with the antennas or cell masts all operating on the harmful EM frequencies in the network.

A substance called melatonin is secreted by the pineal gland located at the base of the brain. Melatonin is an extremely powerful antioxidant. As with all anti-oxidants is has the effect of mopping up potential cell-damaging free radicals in the body. Thus, it plays a major role in cell repair; body rejuvenation and disease prevention. Melatonin is produced during sleep and herein lays the problem:

Night time and sleep serve as a signal for the pineal gland to produce melatonin, but EMFs suppress the production. The pineal gland can’t tell the difference between natural light and EMF waves. Bathing in a sea of ubiquitous EMF waves, with the pineal gland unable to detect night time leads to a lack of melatonin production and immunological protection. In the long run this may lead to disease such as cancer.

Not just cancer, the melatonin deficiency may lead to other serious illnesses such as heart disease. Indeed, we need to understand this and take the necessary precautions. For example, at least keep your wireless applications at a distance from your body during sleep. (More on illnesses through EMFs and precautions to follow).

EMF pollution also interferes with the circadian rhythms of plants and animals. 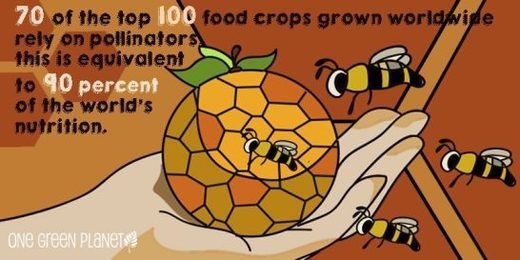 This has been proven experimentally by Dr John Kuhn. He found that when cell phones were placed at hives, far fewer bees returned than normal over recorded time intervals. Placing a cell phone at one of the hives had the effect of NO returning bees. The bees could not navigate their way back to the hives due the cell phone’s interference with their navigational system.

Roughly 70% of the world’s crops are pollinated by bees. Consider the dire consequences of EMF pollution on the bee population if this insect is not around to play its vital role in pollination, affecting the food chain and seriously upsetting the balance of nature.

Not just bees, but in animals, EMFs disrupt navigational ability by affecting cryptochrome cells present in the eye. The cryptochrome cells give insects and animals the ability to physically see changing energy waves located for flight guidance.

For example, the lowest intensity of EMFs can disrupt the cryptochrome cells in birds and their ability for flight guidance during migration. Butterflies have this biological compass and their navigational system is also affected by the EMFs. Consequently, the bird, bee, butterfly and other insect populations have declined.

7. Lack of acknowledgement to hypersensitivity

The harmful effects of EMF technology are compounded by a lack of acknowledgement, funding and research by independent scientists not having industry ties. The WHO (Word Health Organization), as with other agencies, acknowledges the dangers such as the potential carcinogenic effects, but more research is desperately needed on electromagnetic hypersensitivity. The results from this research can be used to not only expose the industry related biased science, moneyed self-interests and unethical, immoral reckless disregard for health, but also establish the vital and necessary precautions needed.

Once again, as with so many things we are facing in this end-game scenario, one positive action we can all take is to stop cooperating. Refuse to have a ‘smart meter’ (dumb meter) installed, stop using the EMF applications. At least don’t give these applications to your children.

The new 5G, if allowed to roll out, is a health crisis waiting happen and the harmful ubiquitous EM frequencies produced will be everywhere. Get campaigning in any way you can to raise public awareness so that something can be done…

Do it not just for the future of you, your family and friends, but for the life of entire non-human populations, before it’s too late.

This must-see video reiterates this piece and much more.

RESONANCE – BEINGS OF FREQUENCY from james russell on Vimeo.