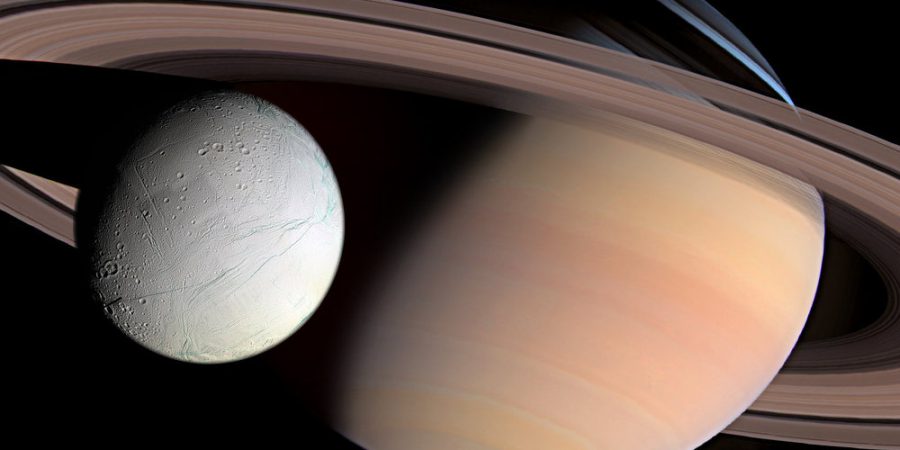 Moving to another planet for life is not a fantastic pipe dream anymore. What’s left to do is just to make hibernation or deep sleep for astronauts traveling long distance possible. Find eight planets that might become new homes for living beings one day.

On April 13, NASA announced that there is an excellent chance for life to inhabit Enceladus, the watery moon of Saturn. The jets of ice and gas coming from the south pole of Saturn’s sixth-largest moon contain molecular hydrogen, according to new data collected by NASA’s Cassini unmanned spacecraft that has been exploring Saturn and its complex system of rings and moons for 13 years so far. 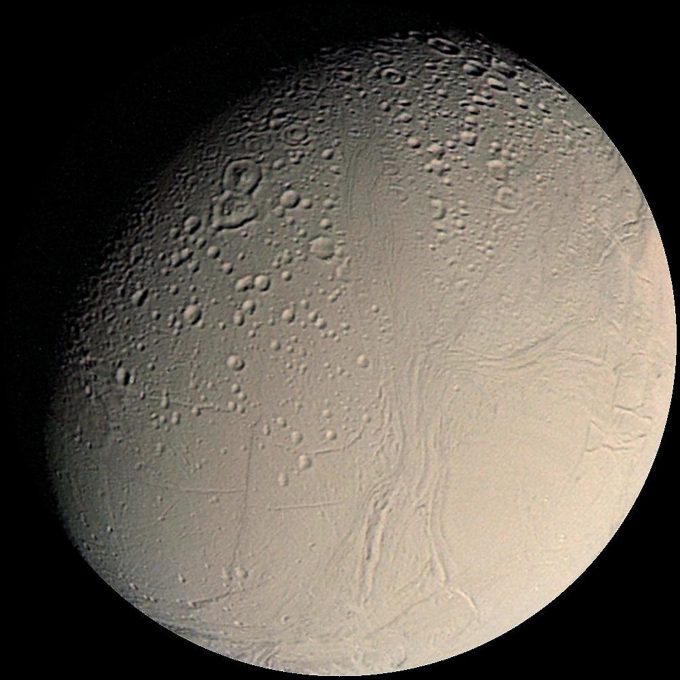 This suggests that the ocean beneath Enceladus’s surface could indeed contain an ecosystem similar to ones in deep-sea hydrothermal vents on Earth. Adding this discovery to the previously detected molecules of water, carbon dioxide, methane and ammonia, we receive the key ingredients that make Enceladus suitable for life. Thanks to these compounds, life appeared on Earth 4 billion years ago.

On February 22, 2017, NASA announced the discovery of the most Earth-sized planets circling an ultra-cool dwarf star, TRAPPIST-1. The system consists of seven rocky planets, all of which could potentially have water on their surfaces; three of them orbit in the habitable zone of the star. Scientists say there is the possibility that future studies of this unique planetary system could reveal conditions suitable for life. 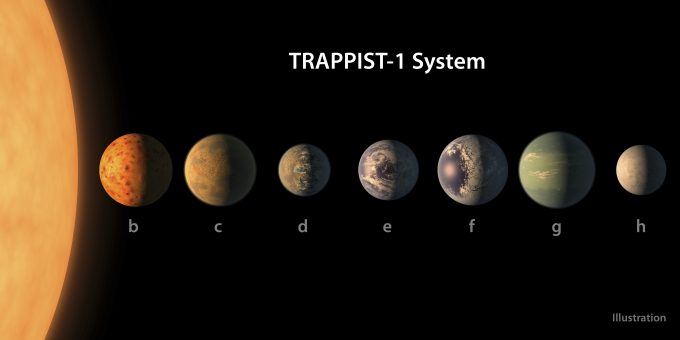 © AP PHOTO/ NASA/JPL-CALTECH
Artist’s conception of what the TRAPPIST-1 planetary system may look like, based on available data about their diameters, masses and distances from the host star

The planets are extremely close to each other, providing a nice view to witness: if you stand on one of them, other TRAPPIST-1 planets could be seen in the sky.

However, some scientists argue this seven-planet system is not so friendly to living beings. Just recently, in the beginning of April, a team of astronomers from Hungary’s Konkoly Observatory discovered that local geomagnetic storms are at least hundreds of times more powerful than those that have taken place on Earth, including the solar storm of 1859. Also known as the Carrington Event, this storm caused bright auroras around the globe and a failure of telegraph systems in Europe and North America. According to Hungarian experts, the atmosphere of the TRAPPIST-1 planets needs about 30,000 years to recover and stabilize.

Another potentially habitable planet, Kepler 22b is located some 620 light-years away from Earth, in the constellation of Cygnus. It was discovered by NASA’s Kepler Space Telescope in December 2011 and was the first known transiting planet to orbit within the habitable zone of a Sun-like star. 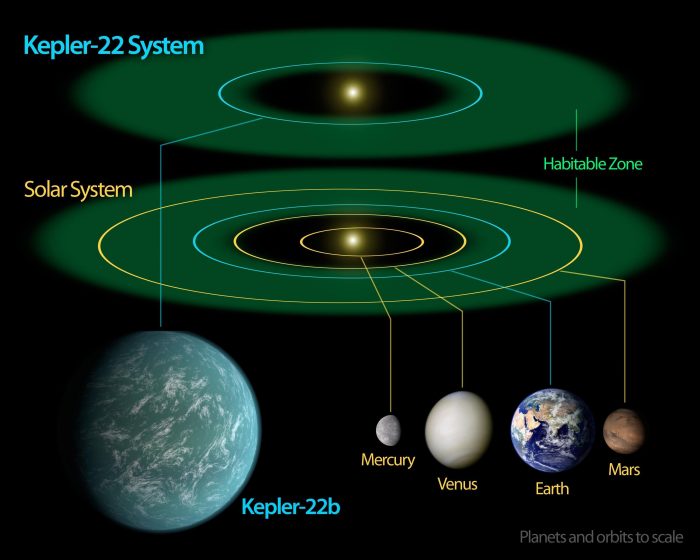 © PHOTO: NASA/AMES/JPL-CALTECH
A diagram of the orbit of Kepler-22b within the Kepler-22 system, as compared to the inner Solar System, and their respective projected habitable zones

Dubbed by scientists as a “waterworld,” Kepler-22b has a surface mostly covered with ocean. The temperature of its atmosphere is comfortable for living — it’s about 22 degrees Celsius.

This Earth’s “sister planet” is located significantly closer to us — just 20 light-years away from Earth. In the scientific world, the exoplanet is known as Gliese 581g, but it also has an unofficial and more romantic name, Zarmina (or Zarmina’s World), which it received from the wife of its discoverer. 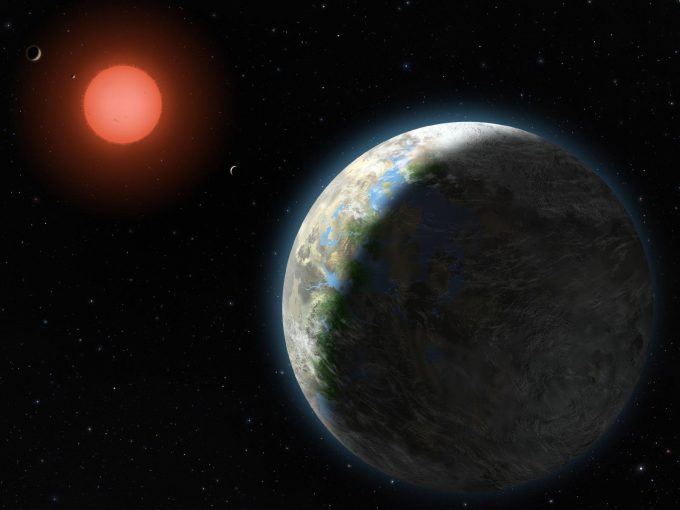 © PHOTO: NASA/LYNETTE COOK
An artist’s illustration of the inner part of the exoplanetary system, the planet is designated Gliese 581g

The planet is believed to be within the habitable zone of its parent star, Gliese 581, a red dwarf in the constellation of Libra. According to scientists, Zarmina always faces its parent star only with one side, while the other one always remains in darkness. The temperature on one side is about —34 degrees Celsius and on the other one is +71 degrees Celsius, which causes severe storms. Therefore, the region of habitability would likely be on the line between shadow and light.

However, the planet’s existence has been doubted by a few independent research teams since the very moment of its discovery in 2010.

Another planet potentially suitable for life is Gliese 667Сс that circles a red dwarf in the constellation of Scorpius. Gliese 667 Cc is the third most Earth-like exoplanet located in the conservative habitable zone of its parent star, according to the Planetary Habitability Laboratory, which is managed by the University of Puerto Rico at the Arecibo Observatory. 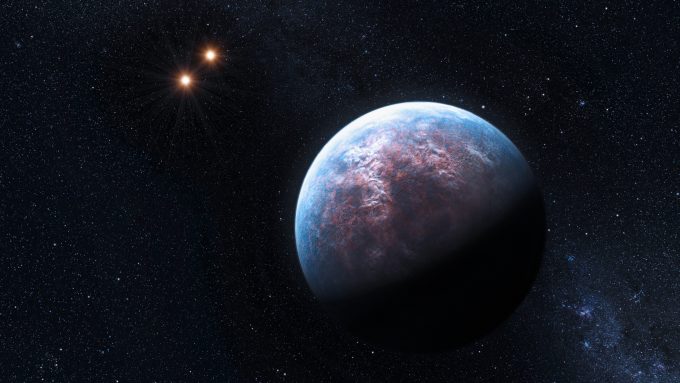 The temperature on this planet’s surface is only 9 degrees lower than on Earth. However, scientists point out one of the features of the planet — it is illuminated by two “suns” simultaneously. This could deprive the planet of an atmosphere, resulting in cosmic winds completely blowing the water off its surface.

Meanwhile, Tau Ceti is much loved by fiction writers, filmmakers and game creators, since it is the closest exoplanet to Earth, only 12 light-years away. 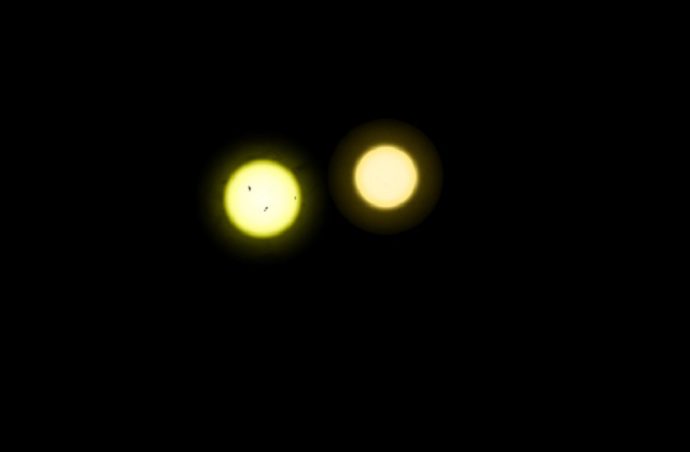 © PHOTO: R.J. HALL
The Sun (left) is both larger and somewhat hotter than the less active Tau Ceti (right)

The distance between Tau Ceti and its parent star is less than the one between Earth and the Sun. Its surface average temperature fluctuates around 71 degrees Celsius due to the greenhouse effect, which has arisen because of its atmosphere’s density.

A year on Tau Ceti is only 168 days long, but this should be enough for primitive living beings that are able to survive at this temperature.