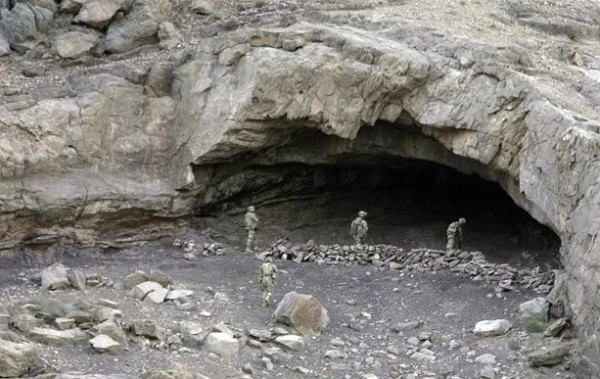 I’ve always been fascinated by the Vimana (Ancient Flying Machine) ever since I first saw them discussed on an Ancient Aliens (Ancient Astronaut Theory) episode a few years ago.

It is truly fascinating when you objectively look at and consider all the information on the topic. I was just doing some research for a possible article I was planning to write and I came across this and thought some might find it interesting. It’s funny but the thought never even crossed my mind that the invasion of Afghanistan might have anything to do with the Vimana, fascinating thought indeed!

This story is a few years old and most likely a hoax (but not sure). I don’t know of any solid facts on if the story below of the soldiers disappearing is true but it is still kind of interesting. I’ve included two youtube videos of the soldiers entering the caves but none that show them actually “disappearing” but worth a look for yourself. However, one thing for sure is that the Vimana is real according to ancient Sanskrit writings.

What caused the sudden rush of these most powerful leaders of the Western World to go to Afghanistan, this report continues, was to directly view the discovery by US Military scientists of what is described as a “Vimana” entrapped in a “Time Well” that has already caused the “disappearance” of at least 8 American Soldiers trying to remove it from the cave it has been hidden in for the past estimated 5,000 years.

A vimana has been discovered in a cave in Afghanistan. It has attracted the attention of world leaders including U.S. president Obama. A group of soldiers made the discovery on a scout mission in the desert of Afghanistan. 8 U.S. troops are missing after making the discovery. FYI a vimana is an ancient flying machine described in ancient Indian Sanskrit epics. The vimana found in Afghanistan is reported to be an estimated 5,000 years old. It is said to be protected by a strange energy barrier that is preventing troops from extracting the vimana.

From the ancient accounts found in the Sanskrit epic The Mahabharata, we know that a Vimana measured twelve cubits in circumference, with four strong wheels. Apart from its‘blazing missiles’, The Mahabharata records the use of its other deadly weapons that operated via a circular ‘reflector’. When switched on, it produced a ‘shaft of light’ which, when focused on any target, immediately ‘consumed it with its power’.

You Might Also Want To Read: Mystery of the Vimana – Ancient Flying Machines