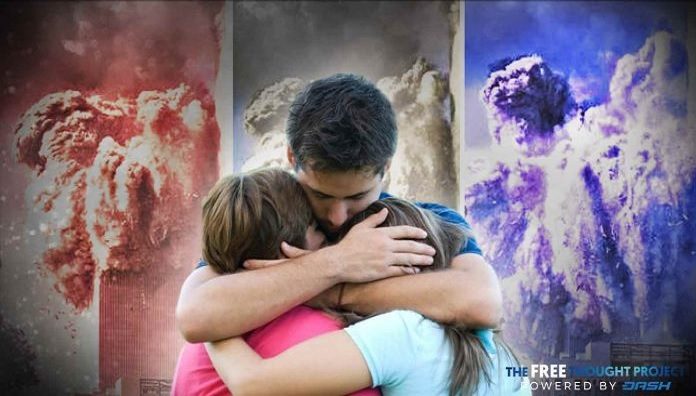 This month, the Lawyers’ Committee for 9-11 Inquiry, a group representing families of the 9/11 victims, filed a petition with the U. S. Attorney for the Southern District of New York to push for an investigation into the crimes of 9/11. The committee states that they have “conclusive” evidence that explosives were planted and detonated in the trade center buildings, and that this is the actual reason for the collapse of the towers.

According to the 52-page petition, which is accompanied by 57 exhibits, federal statute requires the U.S. Department of Justice to review the evidence with a special grand jury. The petition states:

“The Lawyers’ Committee has reviewed the relevant available evidence . . . and has reached a consensus that there is not just substantial or persuasive evidence of yet-to-be-prosecuted crimes related to the use of pre-planted explosives and/or incendiaries . . . on 9/11, but there is actually conclusive evidence that such federal crimes were committed.”

The evidence that is put forward in the petition includes the following:

After the petition was delivered, the Lawyers committee delivered a press conference outside of the New York District Court, along with families of the victims.

Footage from the press conference can be seen below:

None of the evidence put forward in the petition was presented or considered in the “9/11 commission,” which was initially appointed to investigate the collapse of the towers. In the years since the attacks, the commission has been exposed as a fraud, with many of its own members speaking out against the official story.

According to a 2006 report from the Washington Post, most of the people who oversaw this commission believed they were being lied to, and even held a secret meeting about referring the matter to the Department of Justice.

The report stated that:

“Suspicion of wrongdoing ran so deep that the 10-member commission, in a secret meeting at the end of its tenure in summer 2004, debated referring the matter to the Justice Department for criminal investigation, according to several commission sources. Staff members and some commissioners thought that e-mails and other evidence provided enough probable cause to believe that military and aviation officials violated the law by making false statements to Congress and to the commission, hoping to hide the bungled response to the hijackings, these sources said.”

One of the commissioners who expressed doubts about the evidence was John Farmer, who later wrote a book called “The Ground Truth,” detailing how evidence was intentionally left out of the report and how intelligence agencies lied about important aspects of the incident, including their initial response to the attack.

“I was shocked at how different the truth was from the way it was described …. The tapes told a radically different story from what had been told to us and the public for two years,” Farmer said.

Thomas H. Kean, the former New Jersey governor who led the commission said that NORAD lied about their response to the attack.

“We to this day don’t know why NORAD [the North American Aerospace Command] told us what they told us. It was just so far from the truth. . . . It’s one of those loose ends that never got tied,” Kean said.

The two co-chairs of the Commission, Kean and Lee Hamilton, have said publicly that the commission was “set up to fail.” In their book, Without Precedent: The Inside Story of the 9/11 Commission, Kean and Hamilton describe how the commission was intentionally underfunded and not given ample time to sort out the evidence, and how they were lied to by intelligence agencies and politicians who seemed to have something to hide.

Hamilton said in an interview with the CBC that “We had a lot of skeptics out there, who really did not want the Commission formed. Politicians don’t like somebody looking back to see if they made a mistake.” In the interview, Hamilton also revealed that Henry Kissinger was who they actually wanted to run the commission.

There were even members of the Intelligence Community who had similar stories to tell, including Former FBI Director Louis Freeh who pointed out that there were parts of the report that he knew were false. Specifically, Freeh said that some of the terrorists suspected of carrying out the attack were known about by intelligence agencies for a long time, while the final commission report stated these agencies had no prior knowledge of the terrorists.

The commission was so flimsy that a coalition of intelligence whistleblowers was formed to dispute the official story. The coalition consisted of agents from the NSA, FBI and other agencies, who said that there was evidence that was intentionally ignored and left out of the commission report.

Considering the many problems with the commission, a new investigation is long overdue.