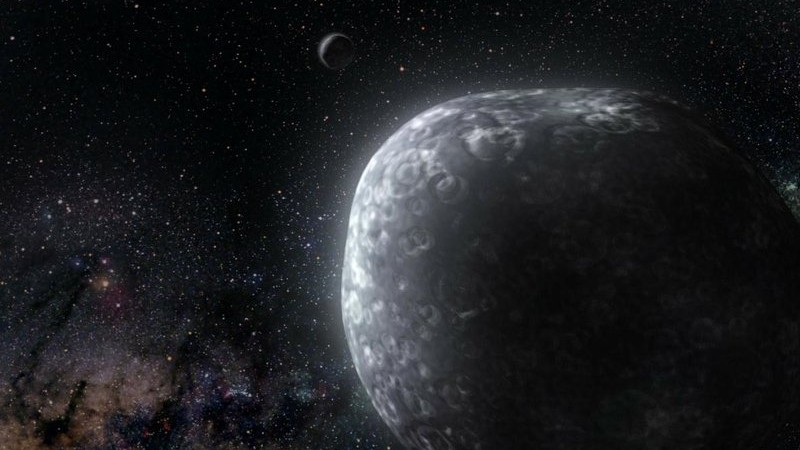 When a group of astronomers in Sweden thought they found a new object in the far reaches of the solar system, they were cautiously excited. Rather than waiting to go through the long scientific publishing process, they quickly posted their findings online, inviting other astronomers to double-check their work.

The reason for the buzz? The team thinks they may have found a new, relatively large body out in Pluto’s territory, something that may even be akin to the long-sought “Planet X.”

But don’t get too excited, planet fans. The Swedish team got their wish, and other astronomers reacted almost immediately to the online paper with largely skeptical takes.

“The sad thing is, this is a legitimate field of inquiry,” says Mike Brown, an astronomer at the California Institute of Technology who has discovered objects out past Neptune’s orbit. “Then a paper like this comes along and people think it’s crazy.”

The hunt for hidden planets in the solar system has a long history, and is not without its success stories. Based on weird perturbations of Uranus’ orbit, French astronomer Urbain LeVerrier discovered Neptune in 1846, bringing the number of known planets up to eight. And when Neptune also showed irregularities in its orbit that couldn’t be explained, scientists began hunting for a ninth planet.

American astronomer Percival Lowell started looking for this mysterious Planet X in 1906, kicking off a quest that lasted long after his death. Ultimately, Clyde Tombaugh found an object near the expected position of Planet X in 1930, which some scientists initially thought might be as massive as Earth.

However, further observations showed that the object, now called Pluto, wasn’t heavy enough to affect Neptune’s orbit. And when the Voyager 2 mission got better estimates of Neptune’s mass in 1989, it became clear that Planet X was unnecessary anyway.

Other teams thought there might be a hidden world even closer to home. In the inner solar system, perturbations in Mercury’s orbit led to speculation about a planet closer to the sun, nicknamed Vulcan. Albert Einstein’s general theory of relativity effectively killed that idea, though, showing that Mercury’s orbital oddness could be explained by the curvature of space-time near the massive star.

Much of the speculation on giant worlds beyond Neptune has since crept into the realm of pseudoscience, such as the doomsday planet Nibiru, which was proposed by author Zechariah Sitchin as an explanation for the formation of Earth and the asteroid belt, as well as an origin for Babylonian mythology.

Still, legitimate hunts are on for planet-like objects beyond Neptune that are at least bigger than Pluto. Eris, which Caltech’s Brown discovered in 2005, is a bit smaller but more massive than Pluto. And another dwarf planet called 2012 VP113, thought to be about 280 miles wide, might be the most distant object of its kind known—the closest it gets to the sun is about 7.2 billion miles.

In their study, Wouter Vlemmings of Chalmers University and his colleagues outline observations of an object moving against the background stars, which they picked up using the Atacama Large Millimeter/submillimeter Array (ALMA) in Chile. They named the potential new world Gna, after a swift Nordic deity who carries messages for Frigg, the goddess of wisdom. 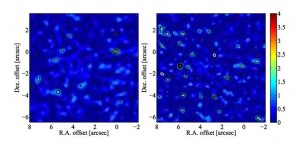 The lowest estimate for its size would put it at 136 to 546 miles across, assuming it is between 1.1 billion and 2.3 billion miles from the sun. That is in the top range of worlds in the Kuiper belt, a field of icy bodies that extends outward from Neptune’s orbit and includes Pluto and most of the other recognized dwarf planets.

The team says there is a small chance Gna could be even bigger: “Taken at face value, our observations cannot rule out a large body up to 4,000 [astronomical units] which is unbound,” says Vlemmings. An astronomical unit is roughly the distance from Earth to the sun, and 4,000 times that is 371 billion miles. In effect, Gna could be a large rogue planet that is not gravitationally tied to our solar system.

But Vlemmings’ team drew some ire from other astronomers who look for such worldlets.

“The authors should have privately asked other astronomers with other relevant expertises … before making their results public and making bold claims,” says Eric Mamajek, associate professor of physics and astronomy at the University of Rochester. “My bet is that it is variable background sources, not anything in the solar system.”

One major objection to Vlemmings’ observations are the odds of seeing anything given that ALMA has a very small field of view. Only looking at a tiny patch of sky means there’s not much chance of picking up the multiple points of light that signal a moving object. To see anything at all, Vlemmings would had to have been extraordinarily lucky, Brown says.

Another issue is the number of data points Vlemmings’ team has. The study says the object was seen twice, on March 20 and April 14 of 2014. By connecting the dots, the researchers estimated the object’s speed and distance. But Scott S. Sheppard, a Carnegie Institution astronomer who has also discovered distant solar system bodies, says two positions just isn’t enough.

“You can draw a line through any two points,” he says. “If they had three I might say this is interesting.” Even then, the burden of proof would be high. Sheppard isn’t a stranger to speculation about massive objects beyond Neptune—he has done some estimates based on perturbations of dwarf planet orbits. However, he’s never floated the idea of one explicitly.

Both Brown and Sheppard noted that there are already surveys of the sky looking for these kinds of object, and anything more than about 130 miles across at the distance they are positing would have been seen by now, perhaps even by a high-end amateur telescope.

There’s also the issue of size. Brown says even at 100 miles across, Gna would be one of the biggest objects seen in that part of the outer solar system. Almost all of the Kuiper belt and trans-Neptunian objects found so far are smaller than that.

For his part, Vlemmings says he welcomes the criticism. “The paper was uploaded to the arxiv specifically to solicit comments from other astronomers before possible publication,” he says. “This is mainly because all options that we could think of are very unlikely, and judging how unlikely is difficult. This is where we hoped other astronomers could give feedback.”

In that sense, Vlemmings’ efforts are a success—even if the object turns out to be a fluke in the data. “For the rest,” he says, “I prefer to leave the speculation to after the paper is accepted by peer review, if this happens. Maybe naively I did not expect it to be picked up so widely outside the astronomical community, but from now on I will know better.”