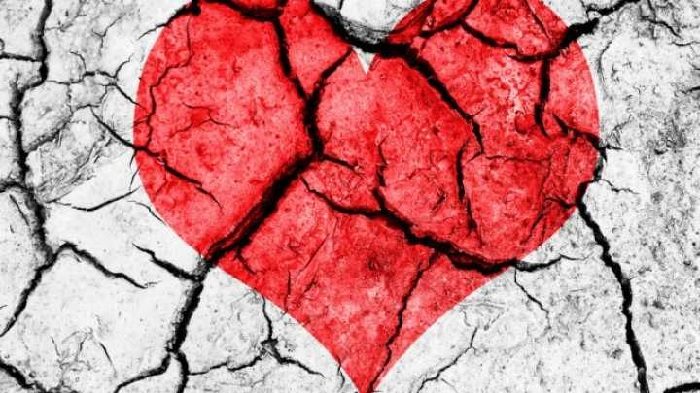 A ‘Broken Heart’ is Real, Does Same Damage As a Heart Attack – Harvard Study

Heartbreak is a real thing. Scientists have proven that a broken heart can be as damaging as a cardiac arrest to the organ most associated with love.

In the UK thousands of adults are known to suffer from takotsubo – or broken heart syndrome. The severe emotional stress, usually caused by a bereavement or particularly bad break-up, takes a toll on the heart.

Researchers have proven the heart can be “stunned” and weakened when a life event impacts a person. While doctors previously presumed the impacts were temporary and there was no lasting damage, a team at the University of Aberdeen has developed a new theory.

In a study of dozens of patients suffering from heartbreak, researchers discovered that the condition permanently weakens the heart, similar to a heart attack. Over two years the patients were examined with regular ultrasound and MRI scans, and the research – the longest-running so far – found those suffering from the condition were unable to exercise and became tired very easily.

It was also suggested there may be thousands suffering from the condition without knowing it. “It is becoming increasingly recognized that takotsubo is more common than we originally thought,” said Dr Dana Dawson, lead researcher from the University of Aberdeen.

“This is the longest follow-up study looking at the long term effects of takotsubo, and it clearly shows permanent ill-effects on the hearts of those who suffer from it. These patients are unable to perform physical exercise as well and fatigue more easily. Our research shows that takotsubo needs to be treated with the same urgency as any other heart problem, and that patients may need ongoing treatment for these long-term effects,” Dawson said.

The study also said patients should be offered the same treatment as those whose hearts have been damaged by a heart attack. The research was presented to the American Heart Association Scientific Sessions in Anaheim, California, this weekend.