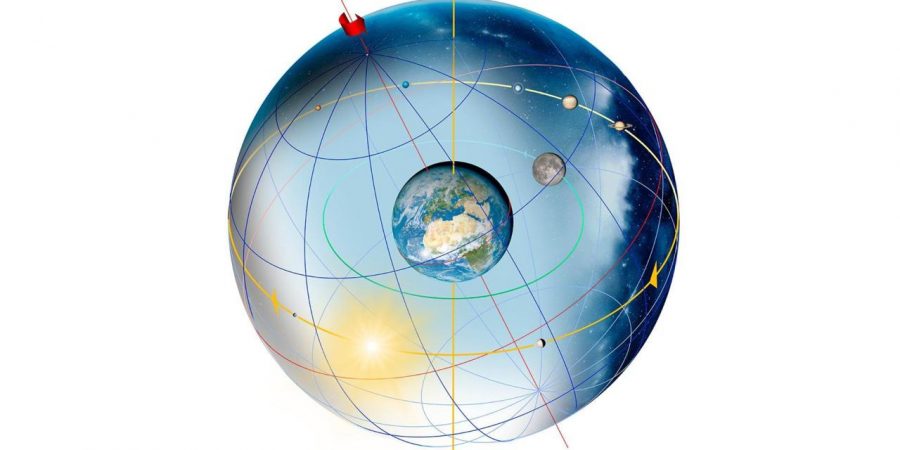 A Dramatic Change Occurred In Earth’s Chandler Wobble in 2005!

New analysis shows that the Chandler Wobble in Earth’s axis changed phase by 180 degrees in 2005. The question is why.

If you travel to the Arctic and attempt to find the axis of Earth’s rotation, you’ll notice something odd. The position of this axis on Earth’s surface moves with a period of about seven years. This is the combined result of two effects. The one we’re interested today is called the Chandler Wobble, which has a period of 433 days and was discovered by American astronomer Seth Carlo Chandler in 1891.

The Chandler Wobble is reasonably well understood. Any spinning sphere that it is not entirely spherical should wobble in this way. However, on Earth, the wobble varies in amplitude from decade to decade, a motion that is thought to be the result of the changes in pressure at the bottom of the oceans caused by fluctuations in salinity, temperature, and ocean circulation.

But there is also something mysterious about the Chandler Wobble. In 1920, it underwent a sudden phase change of 180 degrees. Nobody knows why.

Now a new analysis of data on Earth’s rotation going back 160 years indicates that this event was not unique. Zinovy Malkin and Natalia Miller at the Russian Academy of Sciences Central Astronomical Observatory in Pulkovo say the phase has changed by small amounts on many occasions during this time. But the big news is that the wobble underwent 180-degree changes in phase on two other occasions: once in 1850 and the other in 2005.

So why should the Chandler Wobble undergo these changes in phase? An interesting puzzle for anybody with a few brain cycles to spare.