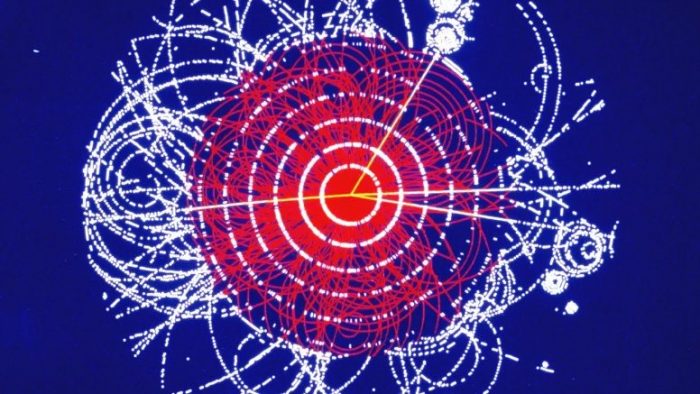 A Fifth Force of Nature May Have Been Discovered

A new paper suggests that the mysterious X17 subatomic particle is indicative of a fifth force of nature.

Now, they might have evidence of a fifth force.

The discovery of a fifth force of nature could help explain the mystery of dark matter, which is proposed to make up around 85 percent of the universe’s mass. It could also pave the way for a unified fifth force theory, one that joins together electromagnetic, strong and weak nuclear forces as “manifestations of one grander, more fundamental force,” as theoretical physicist Jonathan Feng put it in 2016.

The new findings build upon a study published in 2016 that offered the first hint of a fifth force.

In 2015, a team of physicists at Hungary’s Institute for Nuclear Research was looking for “dark photons,” which are hypothetical particles believed to “carry” dark matter. To catch a glimpse of these strange forces at work, the team used a particle accelerator to shoot particles through a vacuum tube at high speeds. The goal was to observe the way isotopes decay after thrust into high-energy states — anomalies in the way particles behave could suggest the presence of unknown forces.

So, the team closely watched the radioactive decay of beryllium-8, an unstable isotope. When the particles from beryllium-8 decayed, the team observed unexpected light emissions: The electrons and positrons from the unstable isotope tended to burst away from each other at exactly 140 degrees. This shouldn’t have happened, according to the law of conservation of energy. The results suggested that an unknown particle was created in the decay.

A new type of boson

A team of researchers at the University of California, Irvine (UCI), proposed that the unknown particle was not a dark photon, but rather a boson — specifically, a “protophobic X boson,” which would be indicative of a fifth fundamental force. In simple terms, bosons are particles in quantum mechanics that carry energy, and function as the “glue” that holds matter together and controls the interactions between physical forces.

“[In] the Standard Model of Physics, each of the four fundamental forces has a boson to go with it – the strong force has gluons, the electromagnetic force is carried by particles of light, or photons, and the weak force is carried by W and Z bosons. The new boson proposed by the UCI researchers is unlike others and as such may point to a new force. The new boson has the intriguing characteristic of interacting only with electrons and neutrons at short distances, while electromagnetic forces normally act on protons and electrons.”

In the new paper, published on the preprint archive arXiv, the Hungarian team observed similar evidence for a new boson, which they refer to as the X17 particle, as its mass is calculated to be about 17 megaelectronvolts. This time, however, the observations come from the decay of an isotope of helium.

“This feature is similar to the anomaly observed in 8Be, and seems to be in agreement with the X17 boson decay scenario,” the researchers wrote in their paper. “We are expecting more, independent experimental results to come for the X17 particle in the coming years.”

The discovery of a fifth force of nature would provide a glimpse into the “dark sector“, which in general describes yet-unobservable forces that can’t readily be described by the Standard Model. Strangely, the subatomic particles in this hidden layer of our universe hardly interact with the more observable particles of the Standard Model.

A fifth force could scientists better understand how these two layers coexist.

“If true, it’s revolutionary,” Weng said in 2016. “For decades, we’ve known of four fundamental forces: gravitation, electromagnetism, and the strong and weak nuclear forces. If confirmed by further experiments, this discovery of a possible fifth force would completely change our understanding of the universe, with consequences for the unification of forces and dark matter.”