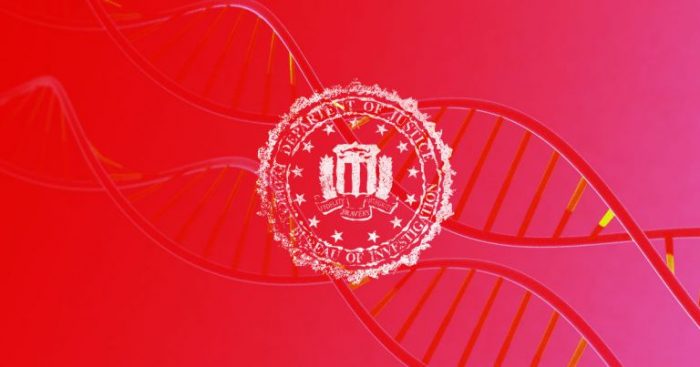 While running genetic analysis on evidence isn’t new, Family Tree DNA is the first private company to voluntarily grant a law enforcement agency to access its data, according to BuzzFeed News.

For the company’s roughly 1 million customers who wanted to learn more about their heritage, that means the FBI can poke around in their genetic profile – and, by extension, that of their relatives.

Ironically, Family Tree DNA was recently deemed the best DNA kit for consumer privacy by both US News and PCWorld.

Perhaps in response to that discrepancy, Family Tree DNA’s founder and CEO Bennett Greenspan published a statement on Thursday arguing that cooperating and sharing information with the FBI didn’t violate the company’s privacy policies. He said that the FBI can upload and analyze crime scene data, but can’t access anyone else’s information without a warrant or subpoena.

“Working with law enforcement to process DNA samples from the scene of a violent crime or identifying an unknown victim does not change our policy never to sell or barter our customers’ private information with a third party,” Greenspan said.

The company refused to tell BuzzFeed News how many new cases were being investigated or specifically how much the FBI was using its genetic database.

That lack of transparency, along with the surprise announcement that the FBI could use Family Tree DNA’s tools, has displeased some former employees.

“At a time people distrust science, it’s more important than ever that people understand and consent to how their information is being used,” David Mittelman, former Family Tree DNA chief scientist told MIT Technology Review.

“No one wants to wake up to learn the terms of use changed by press release.”