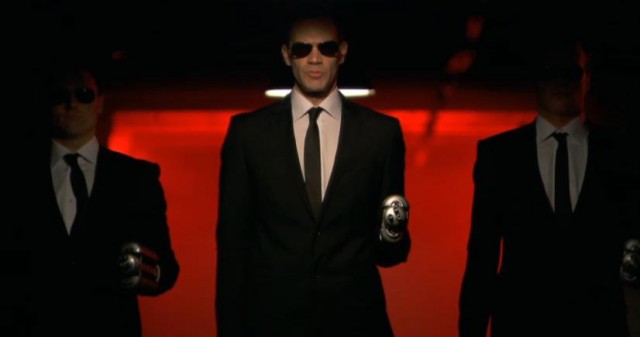 Within the field of Ufology there are longstanding rumors that the May 22, 1949 death of James Forrestal – the first U.S. Secretary of Defense – was linked to the UFO phenomenon. So the story goes, while suffering from severe depression and anxiety, and ultimately spiraling into a complete nervous breakdown (as a result of his exposure to what the U.S. Government knew about UFOs), Forrestal was on the verge of revealing his knowledge of an alien presence on Earth. The theory continues that powerful figures decided such a thing simply could not be allowed to occur. The result was that Forrestal had to go. And “go,” he certainly did: out of a window. In the early hours of May 22, Forrestal plunged to his death from the 16th floor of the Bethesda Naval Hospital. The big question is: was he pushed or did he jump?

Of course, there’s no hard proof in the public domain that Forrestal was briefed on the more sensational and top secret aspects of the UFO phenomenon. Although, logic dictates that he would have been briefed (at least to some degree), since he accepted the position of Secretary of Defense in 1947 – the year in which the flying saucer was “born” and when the military was indeed taking the mysterious matter very seriously. Even outside of Ufology, there are suspicions that Forrestal’s death was no suicide. But, that’s not the focus of this article. Rather, the focus is on something that happened before Forrestal died and prior to his admittance to Bethesda on April 2, 1949.

Just a few days before he ended up in the naval hospital, Forrestal had a curious experience which had distinct Men in Black overtones attached to it. On the day in question, Forrestal received a visit from one of his friends, a man named Ferdinand Eberstadt, someone who was deeply concerned about Forrestal’s fragile and paranoid state of mind. Eberstadt (a lawyer, a banker, and the author of a historic 1945 document, “Task Force Report on National Security Organization”) was floored by what he saw when he arrived at Forrestal’s home. All of the curtains were closed. Forrestal told his friend – in hushed tones – that listening-devices were all over the house. Sinister characters were watching his every move. His life was in danger. 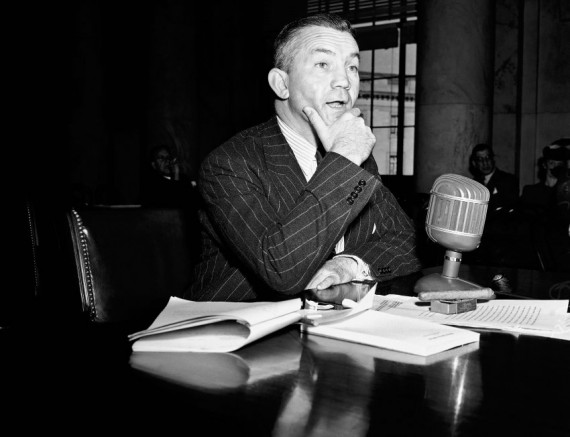 To demonstrate this to Eberstadt, Forrestal carefully opened one of the blinds and pointed, knowingly, in the direction of a pair of shabbily-dressed men on the street-corner. “They” were a part of it, Forrestal assured Eberstadt. In no time at all, the doorbell to Forrestal’s home was heard ringing. The last thing Forrestal wanted to do was answer the door. Fortunately, one of his staff was on hand to do exactly that. A brief conversation took place, but which neither Forrestal nor Eberstadt were able to hear. The facts, however, quickly came to Forrestal from his houseboy.

According to what the two men were told, the visitor at the door was trying to generate support that would hopefully allow him to become postmaster in his hometown. Could he come in and speak with Forrestal and have him offer some help and advice? Due to Forrestal’s fraught state of mind, the man was sent packing. Eberstadt and Forrestal watched carefully as the man walked directly towards the two badly-dressed men that already had Forrestal in a state of turmoil. It was even more evidence of a conspiracy against him, Forrestal grimly concluded, when he saw the three clearly engaging in conversation.

Maybe the whole thing was blown out of proportion by a man descending into a collective state of paranoia, fear, and nervous collapse. Certainly, that’s what happened. But, it’s worth noting that this odd affair, which occurred during Eberstadt’s visit, has several Men in Back-themed parallels to it. First, the Men in Black are typically described as looking not quite right: they are extremely pale-skinned, they often have bulging eyes (hidden behind wraparound shades), and (very bizarrely) are at times described as wearing wigs and make-up. Forrestal’s visitor on the day in question was described by his staff as very odd-looking. 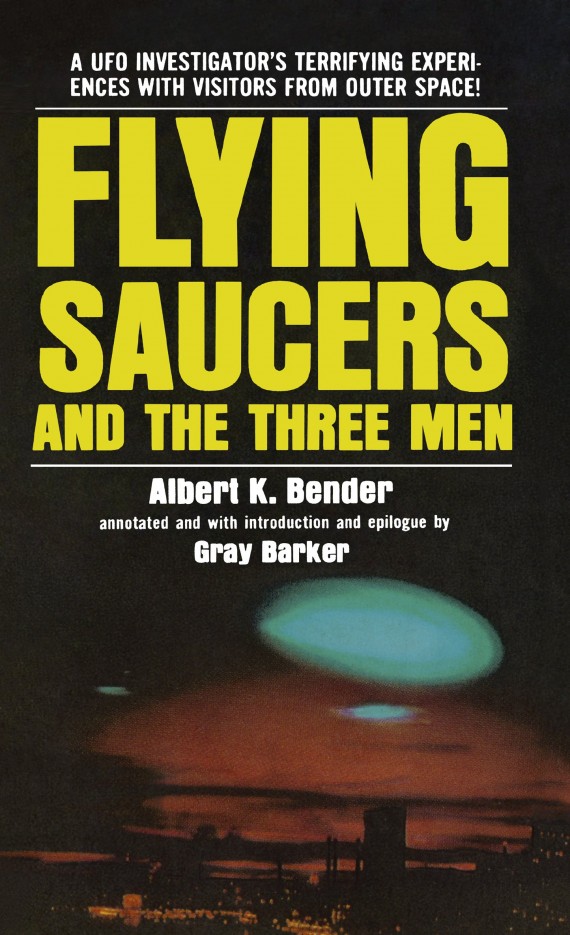 That the man tried to gain access to Forrestal’s home – by claiming to be seeking support for a potential job as a postmaster – mirrors the 1960s-era reports of MIB finding ways into the homes of UFO witnesses by claiming to be military personnel or police officers. In the same time-frame, Women in Black were posing as census-takers and as gypsies. They were clearly neither. The MIB are often described as wearing clothes that are shabby, dirty, and which occasionally give off an odor like dirt. The two characters that the “odd-looking” man walked towards (and began speaking to) were badly dressed. And, of course, there’s the fact that the men amounted to a trio. Particularly in the 1950s and the 1960s, the MIB turned up in threes. See, for example, Albert Bender’s book, Flying Saucers and the Three Men.

It must be stressed that none of this proves James Forrestal was murdered because of what he knew about the UFO phenomenon (or even because he may have been on the verge of revealing his knowledge to the world). It must be said, however, that the day in question was a very weird one. And not just for Forrestal, but also for Eberstadt. Even he had to admit it was all a bit odd. And, it’s worth noting the words of Dennis Stacy – a long-time and well-respected figure in Ufology, and who runs Anomalist Books with Patrick Huyghe. Of that MIB-like affair, Stacy observed in a 1993 article for Flying Saucer Review magazine titled “Forrestal’s Fall: Did He Jump, or Was He Pushed?” that “…the whole thing has the appearance of a one-act play staged for Forrestal’s ‘benefit.’”