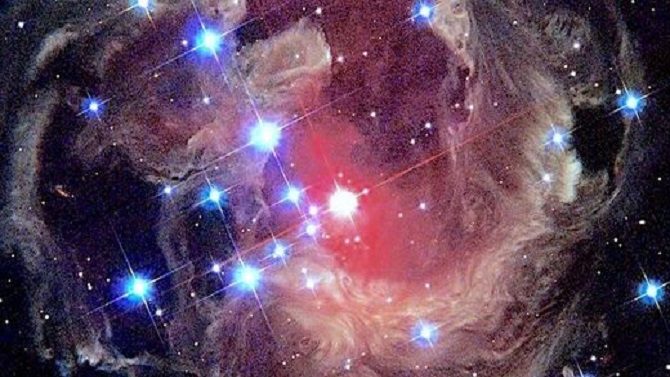 A Strange Form of Life Could Flourish Deep Inside Stars, According to Physicists

When searching for signs of life in the Universe, we tend to look for very specific things, based on what we know: a planet like Earth, in orbit around a star, and at a distance that allows liquid surface water. But there could, conceivably, be other forms of life out there that look like nothing that we have ever imagined before.

Just as we have extremophiles here on Earth – organisms that live in the most extreme and seemingly inhospitable environments the planet has to offer – so too could there be extremophiles out there in the wider Universe.

For instance, species that can form, evolve, and thrive in the interiors of stars. According to new research by physicists Luis Anchordoqui and Eugene Chudnovsky of The City University of New York, such a thing is indeed – hypothetically, at least – possible.

It all depends on how you define life. If the key criteria are the ability to encode information, and the ability for those information carriers to self-replicate faster than they disintegrate, then hypothetical monopole particles threaded on cosmic strings – cosmic necklaces – could form the basis of life inside stars, much like DNA and RNA form the basis of life on Earth.

Strings and monopoles are thought to have emerged in the early Universe, as it cooled down from the Big Bang, and the particle soup of quark-gluon plasma that filled it underwent a symmetry-breaking phase transition and condensed into matter – like vapour condensing into liquid.

Although we have yet to detect cosmic strings (one-dimensional linear objects) or monopoles (elementary particles with only one magnetic pole), a lot of thought has gone into how they might behave.

In 1988, Chudnovsky and his colleague, theoretical physicist Alexander Vilenkin of Tufts University, predicted that cosmic strings could be captured by stars. There, the turbulence would stretch the string until it formed a network of strings.

According to the new study, cosmic necklaces could form in a sequence of symmetry-breaking phase transitions. In the first stage, monopoles emerge. In the second, strings.

This can produce a stable configuration of one monopole bead and two strings, which in turn could connect to form one-, two-, and even three-dimensional structures – much like atoms joined by chemical bonds, the researchers say.

A one-dimensional necklace would be unlikely to carry information. But more complex structures potentially could – and they could survive long enough to replicate, feeding off the fusion energy generated by the star. The researchers write:

“Compared to the lifetime of a star, its lifetime is an instantaneous spark of light in the dark. What is important is that such a spark manages to produce more sparks before it fades away, thus providing a long lifespan of the species.

“The complexity evolving through mutations and natural selection increases with the number of generations passed. Consequently, if lifetimes of self-replicating nuclear species are as short as lifetimes of many unstable composite nuclear objects are, they can quickly evolve toward enormous complexity.”

Hypothetically speaking, it’s perhaps possible that such a life-form could develop intelligence, and maybe even serious smarts, Chudnovsky says.

What such a species would look like is a feast for the imagination. But we don’t have to know what they look like to search for signs of their presence. Because such organisms would use some of the energy of their host star to survive and propagate, stars that seem to cool faster than stellar models can account for – could be hosts for – what the researchers call “nuclear life”.

Several such stars have been observed, and their slightly accelerated cooling is still a mystery. Stars that dim erratically without explanation could be a good place to look, too – like EPIC 249706694. The researchers are careful to note that to link these stars to nuclear life would be an extremely long bow to draw. But there are interesting anomalies out there. And interesting possibilities too. Chudnovsky told ScienceAlert:

“Since they would be evolving very fast, they could find a way to explore the cosmos beyond their star, as we have done. They could establish communication and travel between stars. Maybe we should look for their presence in space.”

It’s all extremely theoretical, but wild ideas can be a good way to make new discoveries. The researchers plan to continue their line of inquiry by developing simulations of cosmic necklaces in stars. It may not lead us to glittering star aliens – but even if it doesn’t, it could give us a better understanding of cosmic strings and monopoles.

And, honestly? It’s just a really fun thing to think about.

“It is a fascinating thought that the Universe may be packed with intelligent life that is so different from ours that we failed to recognise its existence,” Chudnovsky said.