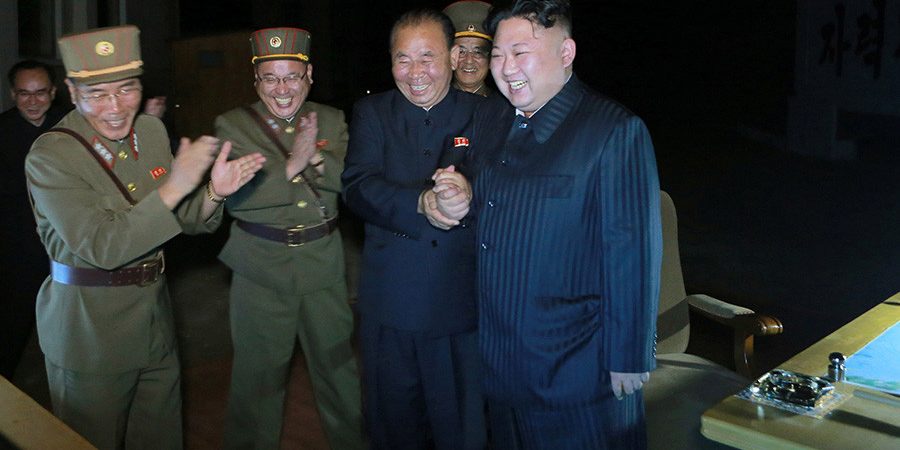 After Latest Test N. Korea Claims They Are Now Able to Deliver ‘Nuke’ Across ENTIRE US Mainland

The North Korean ICBM system is now able to fire at “random regions and locations at random times” with the “entire” US mainland within its range, according to the latest statement by North Korean leader Kim Jong-un.

He spoke shortly after the second flight test of yet another long-range missile, the Hwasong-14.

According to the Korean Central News Agency as cited by AP, Kim expressed “great satisfaction” with the test aimed at reaffirming that the missile was able to deliver a “large-sized, heavy nuclear warhead.”

Kim said that the latest launch confirmed that the missile system is reliable, and is able to fire at “random regions and locations at random times,” with the “entire” US mainland now within range.

The North Korean leader went on with a “serious warning” to the US, which has been “meaninglessly blowing its trumpet” in threatening Pyongyang.

The missile reportedly flew for 45 minutes, reached up to 3,725 kilometers in height, and travelled 998 kilometers, landing in Japanese waters, according to AP.

Following the launch, the US and South Korea carried out live fire drills. The two countries also pondered their “military options” in response to the test, and Seoul requested additional missile defense units from Washington.