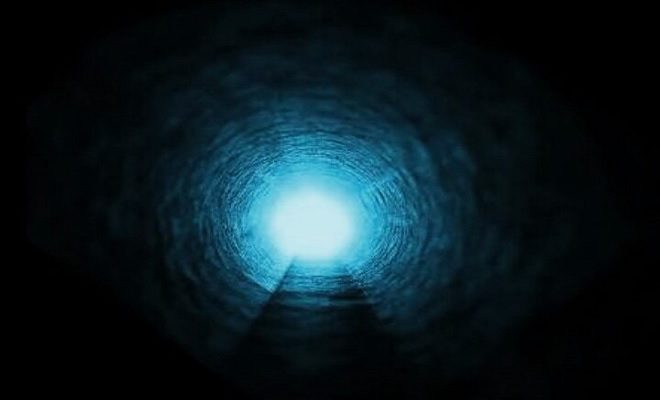 We tend to look at death as the end of a life, but surely there’s more to the story than that. And while we know that people have very similar stories to tell after a near-death experience, often speaking of a tunnel of light and then being returned to the mortal world, we rarely consider what happens to our dreams as we approach the end.

For years, Dr. Christopher Kerr and his team at Hospice Buffalo in New York State have been documenting and studying the dreams of patients as they approach death. Dr. Kerr’s shows something fascinating and inspiring about the last stage of life: the people we love who’ve already died are there on the other side waiting for us. It’s as if those friends, family members and loved ones who’ve already left this world are just beyond the veil waiting for us, communicating in dreams.

I was laying in bed and people were walking very slowly by me. The right-hand side I didn’t know, but they were all very friendly and they touched my arm and my hand as they went by. But the other side were people that I knew – my mom and dad were there, my uncle. Everybody I knew that was dead was there. The only thing was, my husband wasn’t there, nor was my dog, and I knew that I would be seeing them. – Jeanne Faber, 75, months before her death from ovarian cancer [Source]

In the days and weeks before death, people tend to have more frequent and more vivid visions and dreams involving welcoming encounters with these loved ones. The result is that fear of death begins to shift into a peaceful interest in what is come, and they begin to feel encouraged on their journey.

“The dreams and visions loosely sorted into categories: opportunities to engage with the deceased; loved ones “waiting;” unfinished business. Themes of love, given or withheld, coursed through the dreams, as did the need for resolution and even forgiveness. In their dreams, patients were reassured that they had been good parents, children and workers. They packed boxes, preparing for journeys, and, like Mr. Majors, often traveled with dear companions as guides. Although many patients said they rarely remembered their dreams, these they could not forget.” [Source]

Furthermore, for children who are dying and haven’t lived long enough to lose a friend or relative, the dreams will often feature a deceased pet who appears to encourage them on in their journey toward death. Many people report such positive experiences in these types of dreams that they want to go back and are eager to connect to that other reality again.

Doctor Kerr was recently featured in a short news segment discussing the his work.

Here’s doctor Kerr in a 2015 TED talk, where he shares a great deal of insight about the meaning of death and how we can overcome the fear of dying.

The fear of death is the greatest fear humans have, but if we look closely at what happens when someone dies, death begins to look like a natural transition into a place of great comfort and peace.

Vic Bishop is a staff writer for WakingTimes.com. He is an observer of people, animals, nature, and he loves to ponder the connection and relationship between them all. A believer in always striving to becoming self-sufficient and free from the matrix, please track him down on Facebook.