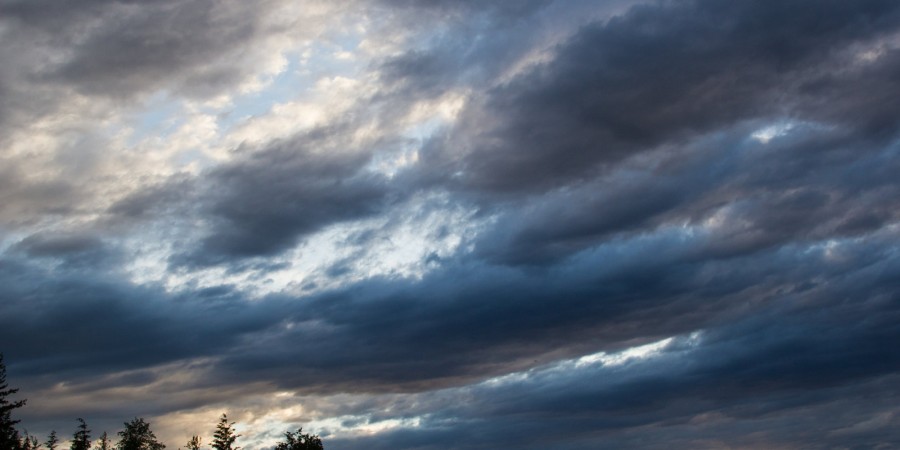 In the last couple of weeks, Dutch citizens have reported hearing strange sounds in the sky. Martijn Mastenbroek from Pijnacker, a town in the Dutch province of South Holland, was at home on the evening of January 10th, 2016 when he suddenly heard a peculiar sound.

“It sounded like trumpets, he recalls. It lasted about five seconds. No, it wasn’t coming from the washer. It really came from outside. My girlfriend heard it too.”

When you hear the sound for yourself in the three videos below, wow… you can’t help but think that’s just not supposed to happen… the sky should not be “moaning” like that. Leave it to the arrogance of the U.S. government to think it can possibly know the unintended consequences of shooting ENORMOUS BURSTS of energy into the atmosphere using GWEN (Ground Wave Emergency Network) transmitters, placed 200 miles apart across the USA, and in conjunction with HAARP.

In a post titled, Why Are Weaponized Cell Phone Towers Being Constructed Everywhere, Rick Hesky gives both an excellent written description of what GWEN towers are, and he also makes a great video titled, Weaponized Cell Phone Towers. Based on my research of HAARP, GWEN Towers, ELF Waves, and the use of Various Types of Chemtrails To Help Achieve Various Different Agendas, I have no doubt it’s mankind causing the sky to make that sound, and more specifically it’s Uncle Sam. Listen to the first video, and then I’ll provide some of the technical background.

In the post, Why Are Weaponized Cell Phone Towers Being Constructed Everywhere, Rick Hesky says:

Earth is wrapped in a donut shaped magnetic field. Circular lines of flux continuously descend into the North Pole and emerge from the South Pole.

The ionosphere, an electromagnetic-wave conductor, 100 kms above the earth, consists of a layer of electrically charged particles acting as a shield from solar winds. Natural waves are related to the electrical activity in the atmosphere and are thought to be caused by multiple lightning storms.

Collectively, these waves are called “The Schumann Resonance,” the current strongest at 7.8 Hz.

These are quasi-standing extremely low frequency (ELF) waves that naturally exist in the earth’s “electromagnetic” cavity, the space between the ground and the ionosphere. These “earth brainwaves” are identical to the spectrum of our brainwaves.

The Creator designed living beings to resonate to this natural frequency pulsation in order to evolve harmoniously. The ionosphere is being manipulated by US government scientists using an Alaskan transmitter called HAARP, (High-Frequency Active Auroral Research Program) which sends focused radiated power to heat up sections of the ionosphere, which bounces power down again.

ELF waves from HAARP, when targeted on certain areas, can engineer weather and create mood changes effecting millions of people.

GWEN (Ground Wave Emergency Network) transmitters, placed 200 miles apart across the USA, allow specific frequencies to be tailored to the geomagnetic-field strength in each area, allowing the magnetic field to be altered.

The GWEN Towers shoot ENORMOUS BURSTS of energy into the atmosphere in conjunction with HAARP.

Once diseases are sprayed in the air, electromagnetic waves attune to the disease by using harmonics and sub-harmonics, which in turn make them even more lethal and infectious; actually a more apt description would be deadly, as in inducing death.

The skies are filled daily with chemtrails, those crisscrossed white patterns that are sprayed out across the heavens in the United States and other countries.

Are these like contrails that jets emit behind them? Not exactly… contrails dissipate rather quickly, but the chemtrails – those feathery streaks that linger – are deliberately being sprayed and contain insidious chemicals (retrieved, analyzed and proven) which affect the state of consciousness, producing apathy.

Some chemtrails have been analyzed under laboratory conditions, the elements shown to cause cleavages in spatial perceptions, blocking the interaction of various amino acids that relate to higher-consciousness. Some were also shown to increase dopamine in the brain thereby producing a listless, euphoric state of lower reactive mind.

A week earlier, on the evening of January 3rd, residents in Casablanca, Agadir, Tangier and other Moroccan cities also heard similar strange sounds, ‘coming from the sky.’ Several citizens were able to catch the sound on film and posted recordings on YouTube.

We suspect that these sounds are some kind of transduced extra-low frequency radio waves. While we wouldn’t normally be able to hear them, due to changes in our near-space and the broader cosmic environment, they seem to interact with other electromagnetic factors in, on and around the planet, causing them to be amplified and converted into sound waves.

Although nobody knows for sure what these sounds are, they are almost certainly related to each other, and together they constitute a unique natural phenomenon that had also been described in ancient times.

The Hopi Indians speak of the trumpet sound coming from earth and sky and consider it to be a precursor of the Red Star Kachina – The Purifier. Could this bizarre “trumpet sound” be interpreted as a sign announcing the arrival of the notorious Planet X? Well, if we look at the recent discovery of a ninth planet in our solar system, the Hopi Indians prophecy doesn’t sound so absurd after all.

Other analysts have suggested that the anomalous sounds are emanating deep from within the earth’s crust. Are the ancient beings finally awakening? Or maybe Mother Earth has had enough of us humans and is now preparing to eradicate us?

Whatever the case, we cannot deny the importance of this sign. Something BIG is upon us and more and more people are feeling it. More evidence in the video below filmed in Morocco

Something BIG may indeed be upon them. In “Biohazards of Extremely Low Frequencies (ELF),” Dr. Nick Begich writes:

“In reporting on the HAARP project the issue of extremely low frequency (ELF) impacts on human health has been raised. The debate on the impact of ELF is still ongoing in international medical circles. However, recent research points to the fact that these frequencies when shaped and transferred to humans cause significant reactions. In our book, Angels Don’t Play this HAARP: Advances in Tesla Technology, we explore some of these reactions.

There are a number of documented effects of these low levels of electromagnetic radiation. The effects can be positive or negative depending upon the intent of the operators. In Europe, and elsewhere, the use of these low levels of electromagnetic radiations are being applied to the development of very effective healing systems. In future articles we will be discussing the findings of researchers and clinicians who are using these new electromedical systems. Significant work has been done in nonsurgical applications for treating heart disease, cancer, diabetes and numerous other disorders. However, on the dark side of these technologies is the military. The Department of Defense uses the same basic information for developing weapons which attack health.

The use of these new weapons in altering and manipulating human brain functions is startling. In November, 1995, I asked Dr. Patrick Flanagan if there was a way to guard against low level radiations in the ELF range.”

ANY PART OF THAT SOUND OK FOR HUMANS OR THE EARTH TO YOU?