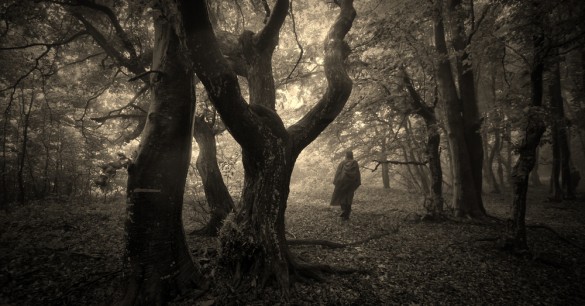 Over at Wikipedia you can find a new page for Albert Bender, the man who pretty much kick-started into existence the mystery and controversy surrounding the Men in Black. As you’ll note, it reveals that Bender died just recently, specifically on March 29, 2016, at the good old age of 94. Given that there have been claims Bender died in the early 2000s, a few people have already asked me if the Wiki page is accurate. Yes, it is. Bender had a full life and outlived just about everyone else who got involved in Ufology in the late 1940s and early 1950s. And, he was the creator of the International Flying Saucer Bureau, a body that provoked a lot of interest – both within the United States and overseas.

If you know your UFO history, you’ll know that it was Bender’s encounters with a creepy trio of MIB at Bridgeport, Connecticut in the early 50s which prompted author Gray Barker to pen a book on the matter. Its title: They Knew Too Much About Flying Saucers. Bender’s MIB were nothing like the Tommy Lee Jones/Will Smith kind, however. Rather, they were ghoulish characters with shining eyes, and who were far more Bram Stoker-meets-H.P. Lovecraft than The X-Files-meets-Dark Skies. It’s highly appropriate, then, that Bender’s encounters with the MIB occurred in his attic, which he had transformed into his so-called “Chamber of Horrors.” It was a room filled with all manner of paintings of demons, black cats, skeletons, vampires, bats, and skulls. Even an “altar” of sorts. Indeed, Bender had a deep interest in the worlds of the paranormal, UFOs, and the occult, in both fact and fiction. 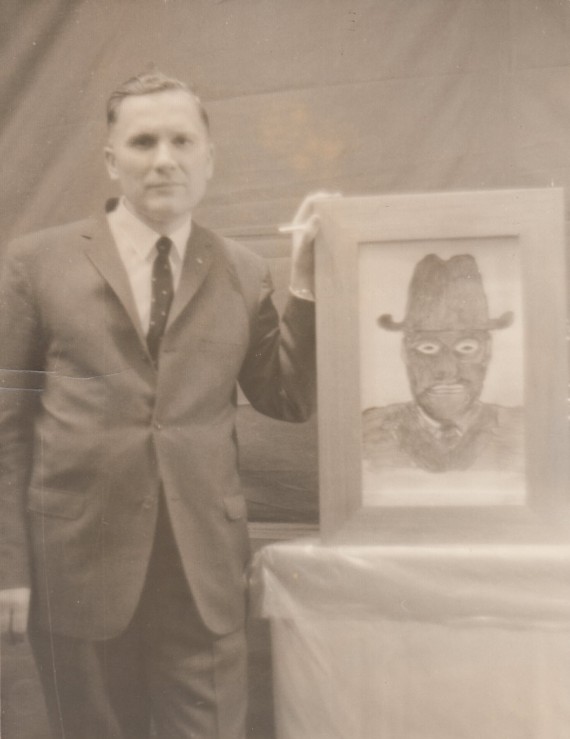 For years, there has been a great deal of debate concerning who, or what, Albert Bender’s MIB really were. Theories include government agents (very unlikely!), the product of Bender’s own mind, Tulpas, aliens, demonic entities, Tricksters, and more. Although many have simply written Bender off as a fantasist or a liar, I don’t. At all. Now, I don’t think he had an encounter with extraterrestrials or agents of the Intelligence Community. Having a deep knowledge of the supernatural, Bender – I believe – opened a door to something malignant that should have remained behind that door.

Certainly, one only has to take a look at Bender’s own book, Flying Saucers and the Three Men, to see that his experiences were steeped in supernatural lore. And like a lot of people who dig into such areas, Bender found himself on the receiving end of what one might term a paranormal backlash. His health began to suffer, paranoia set in, and things became very dark and bleak. No wonder that despite having published a popular journal (Space Review), having written his own book, and having been a leading figure in Gray Barker’s They Knew Too Much About Flying Saucers, Bender chose to get out of the subject. He didn’t look back and lived a long and happy life with his wife, and focused on his passion for the music of composer Max Steiner.

For further information on Bender’s interest in Steiner’s work, see this link, which states in part: “A major figure in the perpetuation of the memory of Max Steiner is Albert K. Bender, founder of the Max Steiner Music Society. Under Bender’s leadership, the MSMS boasted a worldwide following, the publication of a journal and a newsletter, and even a library of audio tapes produced and maintained by James Reising. Even though the society officially ceased operation when the Steiner Collection came to BYU in 1981, Bender has been of invaluable assistance in locating additional materials and in sharing information about his many encounters with Steiner.”

Over the years I have written quite extensively on the life and experiences of Albert Bender (my forthcoming book, Women in Black: The Creepy Companions of the Mysterious M.I.B., delves into his experiences even more). And both Flying Saucers and the Three Men and They Knew Too Much About Flying Saucers were books I read as a kid. As many people know, the mystery of the MIB is one of my particular interests. It’s likely that interest would not have developed as it has without the words and experiences of Albert Bender. RIP, Mr. B.