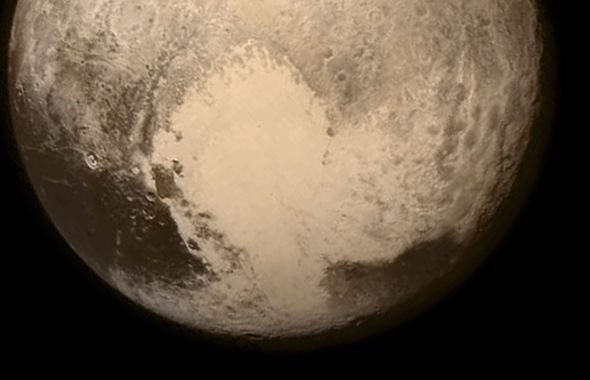 BIZARRE life-forms unlike anything found on Earth may be lurking beneath the surface of Pluto, astronomers believe.

Earlier this year it was revealed that beneath Pluto’s massive-heart shaped region in the southern hemisphere of the dwarf planet, there is potentially an ocean.

This has led scientists to believe that the small planet which hangs around at the edge of our solar system may contain some form of life.

This has now been backed up by research carried out on Pluto’s moons, specifically its biggest, Charon, and found that they contain an ammonia compound which could lead to “novel” forms of alien life.

William McKinnon, a professor of earth and planetary sciences in Arts & Sciences at Washington University who led the studies which analysed data from Nasa’s New Horizons craft, told Phys.org: “New Horizons has detected ammonia as a compound on Pluto’s big moon, Charon, and on one of Pluto’s small moons. So it’s almost certainly inside Pluto.

“What I think is down there in the ocean is rather noxious, very cold, salty and very ammonia-rich — almost a syrup.

“It’s no place for germs, much less fish or squid, or any life as we know it.

“But as with the methane seas on Titan — Saturn’s main moon — it raises the question of whether some truly novel life forms could exist in these exotic, cold liquids.”

Mr McKinnon is not the only researcher to believe that there might be life on Pluto – which was downgraded to a dwarf planet in 2006.

Massachusetts Institute of Technology planetary scientist Richard Binzel, whose work seemingly confirmed the existence of an ocean on the celestial body, said in November that it would not be a prime candidate for life, but added that “one is careful to never say the word impossible”.

He continued: “It shows that nature is more creative than we are able to imagine, which is why we go and explore.”

Francis Nimmo, from the University of California and worked alongside Mr Binzel, explained that there was still enough radioactive heat left over from its formation 4.6 billion years ago that acts as a sort of radiator which could help Pluto maintain life. 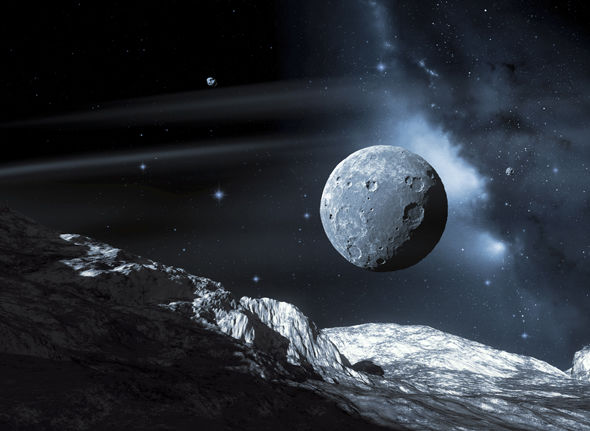 Mr Nimmo explained: “Pluto has enough rock that there’s quite a lot of heat being generated, and an ice shell a few hundred kilometres thick is quite a good insulator.

“So a deep subsurface ocean is not too surprising, especially if the ocean contains ammonia, which acts like an antifreeze.”