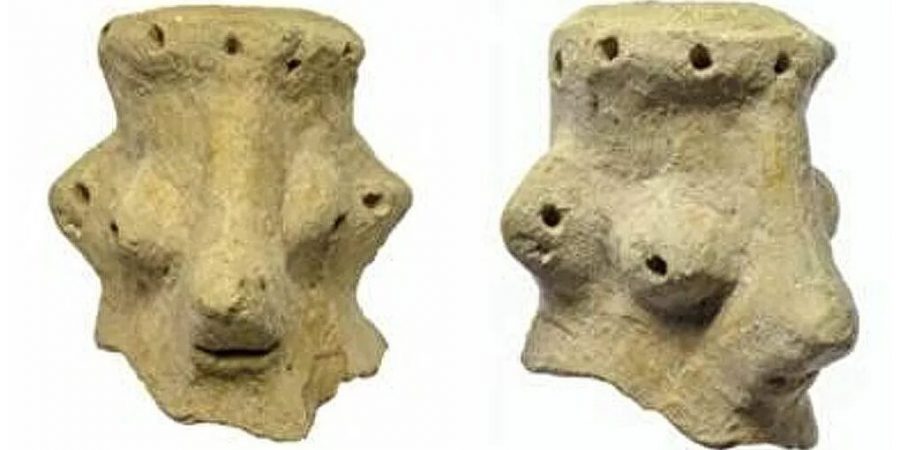 The professor studying the figures believes they may have been used at pilgrimage centers to form a kind of metaphysical connection between God and Man, “a contact between earth and heaven, the core of the religious experience.”

Dr. Yosef Garfinkel, a veteran archeologist from Hebrew University in Jerusalem, has proposed a fascinating theory which suggests that a series of three small clay figurines recently discovered at the archeological sites of Khirbet Qeiyafa and Moza, and two similar antiquities previously put on display at the Israel Museum, may in fact be depictions of Yahweh, the God of the Israelites written about in the Hebrew Bible.

In an article in the Biblical Archeology Review published on Friday, Dr. Garfinkel specified that the figures, believed to have been created between the tenth and ninth centuries BCE, a thousand years before the birth of Christ, may have served as representations of God in religious ceremonies.

“During our excavations at Khirbet Qeiyafa, only one figure was found in the early tenth-century BCE fortified city…Made of clay, the figurine’s surviving head measures about 2 inches in height….With a flat top, the head has protruding eyes, ears, and a nose,” the academic wrote.

Three of the five figures are said to represent a rider on a horse, with two horse figurines found near the mysterious heads at the Moza site. Garfinkel pointed out that the concept of God riding on horseback is mentioned repeatedly in the Biblical scriptures of Deuteronomy, Kings, Psalms, and Isaiah, and in the Ugaritic texts discovered in Syria and written between the 13th and 12th centuries BCE. “The Canaanite god Baal is described as rkb ‘rpt, ‘rider of the clouds’, 16 times in various Ugaritic texts,” the scholar pointed out. 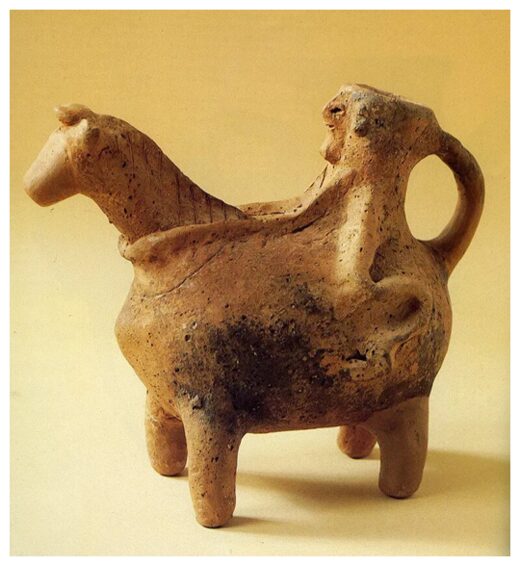 © THE ISRAEL MUSEUM, JERUSALEM
A pottery vessel in the shape of a horseman, from the Moshe Dayan collection.

The academic suggests that the physical depictions of Yahweh via the clay sculptures may have been a local tradition, and one which stopped being used after the ninth century BCE, based on current archeological evidence. This may help explain the existence of the figurines despite the lack of tradition of depicting the Lord in Judaic scriptures.

Shua Kisilevitz and Oded Lipschits, co-directors of the Tel Motza excavation site, have dismissed Garfinkel’s theory. In a statement cited by the Times of Israel, the archeologists called the idea of physical depictions of the Hebrew God “pure sensationalism that caters to popular, money-generating demand in presenting an unfounded and (at best) tentative identification as factual.” The academics are especially incensed at Garfinkel’s alleged ignorance of “existing professional research and studies, including avoiding reference to any of the publications by the excavators.”

Nevertheless, Garfinkel insists that his theory has a right to exist, and argues that three thousand years ago there may have been a disconnect between theological rules and practice. In any case, he maintains, “like every discovery, some will accept and some will reject.”