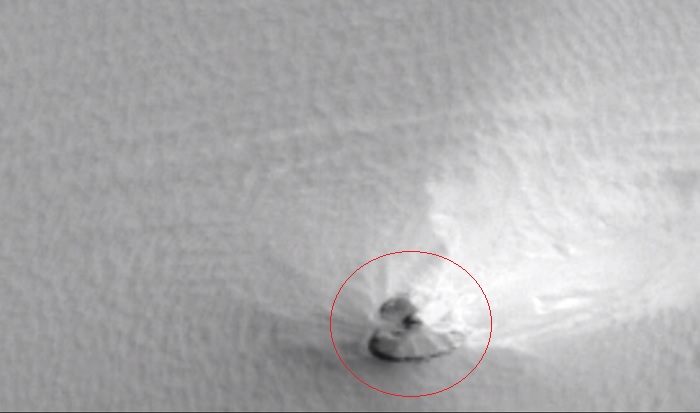 Alien Spacecraft Can be Seen on UFO Crash Site on Mars

A spectacular discovery was made be a NASA image specialist on the Martian soil of what appears to be a crashed alien craft which is approximately 190 meters wide which impacted the surface!

However the image mysteriously disappeared several times from the website of the NASA specialist… but surprisingly, the image released on October 16, 2000 remained on the NASA servers.

But after rechecking, the original image has now been suspiciously deleted as well.

Fortunately, the original image showing the crashed UFO was saved by UFOvni2012, which you will see in the video…