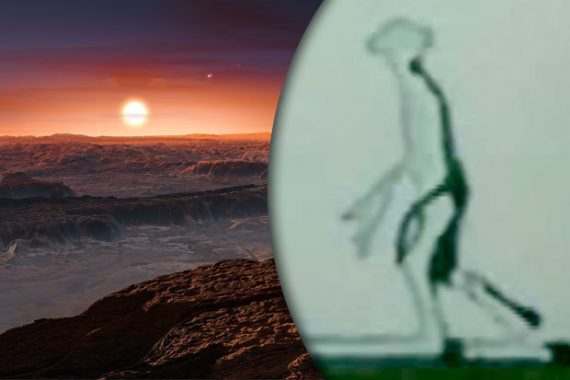 The ink is barely dry on stories of the discovery of Proxima-B, an Earth-like exoplanet orbiting in the habitable zone of Proxima Centauri, our closest neighbor just four light years away, when even bigger news hits of a long-forgotten out-of-print book written in the 1970s describing 8-foot-tall humanoid aliens from Proxima Centauri that have already visited Earth and may still be here. Too soon? 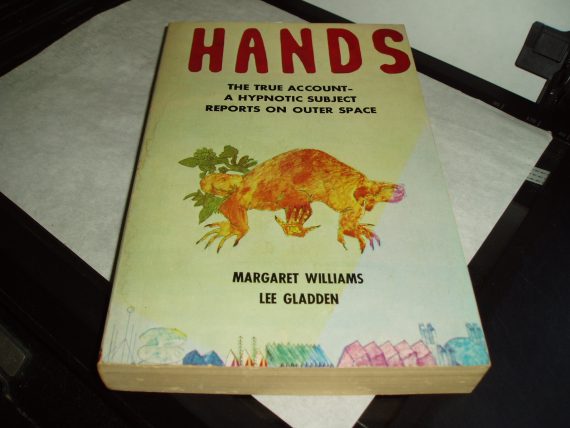 Hands: A True Case Study Of A Phenomenal Hypnotic Subject was written by Margaret Williams and Lee Gladden. The book tells the allegedly true story of a group of California psychologists lead by Williams and Gladden who spent seven years telepathically communicating with a being from somewhere near Alpha Centauri, the star system which includes Proxima Centauri. The being was described as huge, dome-shaped and friendly “with an intelligence that was perhaps somewhere between that of a human and a dog.” Oh, and it had eight hands – hence the cruel nickname. 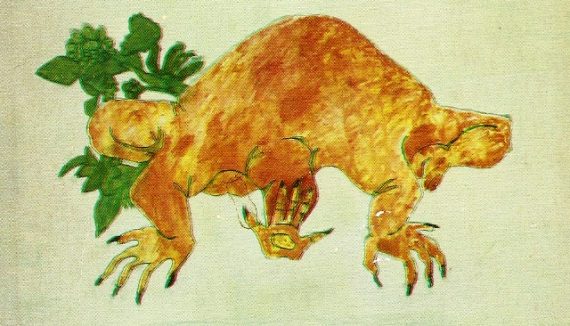 The “phenomenal hypnotic subject” in the title was a young woman who facilitated the telepathic communications. Through her, Hands talked about the Cenos, another alien species from a planet orbiting Proxima Centauri who had actually visited Earth in the alien flesh. The Cenos were described as being 8-foot-tall humanoids with multiple hearts, the physical strength of five humans, no need for sleep, no diseases or ailments other than big pores in their skin and a lifespan of 120 human years. Hands said the Cenos had elongated skulls and big hands – but only two of them – and had visited Earth many times, including during World War II.

A sketch of a Cenos allegedly seen in Taiwan in 2012

Unbelievable, right? Not to Dr. Barry Warmkessel, a physicist and well-known alien technology expert who conducted intense research on the book in 2012 as part of his broader studies on alien life forms, including one reported in Taiwan in 2012 that resembled a Cenos. His study is available on the Internet and credit goes to Eric Mack of c/net for finding it and Hands and bringing them to light so soon after the Proxima-B discovery.

Warmkessel claims the Cenos visited Earth during the time of the Akkadian civilization (~2300 BC). One was designated the Sumerian god Enki (or the Akkadian god Ea).

So, we have an account from an out-of-print 1976 book of a 1957 telepathic conversation with multi-handed alien through a hypnotized woman in which another alien species from Proxima Centauri is revealed and described. An alien expert says that species has allegedly visited Earth as late as 2012 and may possibly still be here.