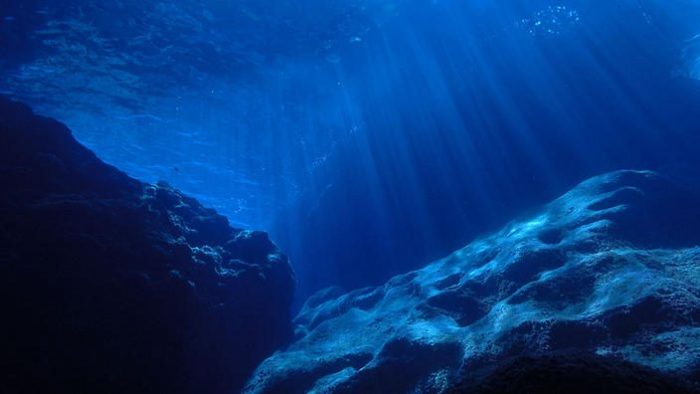 Aliens of the Deep Sea – The Most Intelligent Animal on Earth?

How has the octopus become so intelligent and capable of thinking in the abstract? Watch fascinating and often hilarious experiments to see just how smart they are.

After this video, you’ll never think about the octopus the same.

In Aliens of the Deep Sea we get to see how octopuses behave in the wild too. Off the coast of Vancouver Island, underwater divers are watched by a huge octopus – a ghost like creature that lurks until it feels it’s safe to emerge and be seen. It’s an eerie encounter.

This incredible documentary illustrates why the octopus is one of the ocean’s most complex and enigmatic creatures which should be studied, not served in restaurants.

The octopus uses cognitive reasoning to make deductions and understand its environment. It can shape shift, change color and texture on the fly to blend in with its surroundings to become either predator or defend itself from becoming prey.

In one novel experiment we see an octopus wrap its tentacles around a screw-top jar that has a crab inside it. In slow but determined fashion, the octopus successfully opens the jar to get to its prey. The jar is unlike anything it would encounter in the wild – the octopus has used cognitive reasoning, not instinct, to catch its well-deserved lunch.

The octopus has lived side-by-side with humankind from our earliest days. But it’s only now that we’re beginning to unravel the animal’s secrets, and the extent of its formidable brain-power.

Watch as an octopus slips out of its tank and slithers surreptitiously across a concrete floor. Is it making a break for freedom? Not at all. It knows that its prey is just a short distance away in another tank.

As we learn, the octopus can move on land as well as underwater and the little round trip it has taken is not just to get from point A to point B. It’s also taking this little detour because it’s curious about the world it is living in.

It’s hard to believe that this animal is simply a mollusk. As far as his family tree goes, the octopus is more closely related to an oyster or a snail than to any other species of animal.

And yet, as octopuses behave like shape shifters, moving in and out of tiny openings to get their reward, they are working out solutions the way humans do.

They are able to think in the abstract.

In Aliens of the Deep Sea we get to see how octopuses behave in the wild too.

Amazingly, with all its powerful traits, the octopus has never become king of the sea. Researchers think that it’s because of the female’s short life span.

They give up everything, including their life, for their eggs. But this sad reality may also be the reason that octopuses have an innate intelligence they have no choice but to learn by trial and error.

Just how has an animal that is so different from humans become so intelligent?

From Spain to Vancouver Island and finally to Capri, Italy, follow scientists as they try to understand how the octopus has evolved to have such intelligence, even by our standards.

Through fascinating experiments audiences will discover there is still much to know about this mystifying creature.