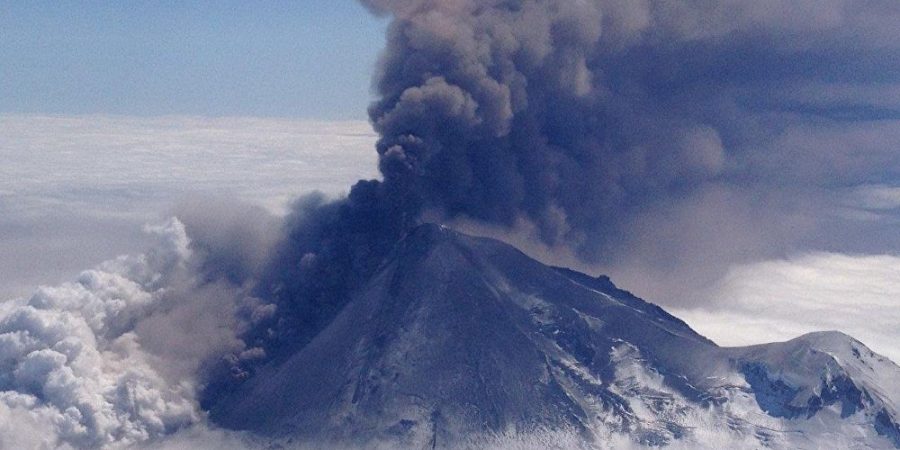 An Alaskan Volcano Erupted, Largely Out of View

For a mere flyspeck, Bogoslof Island has been causing quite a commotion recently.

The island is the exposed summit of a volcano that sits in 6,000 feet of water in the Bering Sea about 40 miles west of the Alaskan island of Unalaska, which is part of the Aleutian chain. Bogoslof has had a series of eruptions over the last several weeks, spewing gases and ash into the skies and prompting aviation warnings.

An eruption on Friday, which produced an ash cloud that was believed to rise to about 20,000 feet, was the sixth since Dec. 20. But Michelle Coombs, a geologist with the United States Geological Survey and scientist-in-charge of the Alaska Volcano Observatory, said that analysis of seismic data revealed several more eruptions earlier in the month.

Alaska, where the Pacific Ocean plate is slowly sliding, or subducting, beneath the North American plate, is home to many volcanoes, 52 of which have been active in the last three centuries. But only about 30 of them have seismometers and other instruments to readily detect eruptions.

Bogoslof, which last erupted in 1992, is remote and all of its exposed land — about a quarter of a square mile — is protected as part of the Alaska Maritime National Wildlife Refuge. As a result, there are no instruments there.

Instead, the volcano observatory relies on equipment installed at other locations, as well as satellites, to determine if an eruption has occurred. “It’s a fun bit of detective work trying to put all the pieces together,” Dr. Coombs said.

Among the information they use is data from the World Wide Lightning Location Network, which has sensors in 40 locations to detect and pinpoint lightning flashes. Dr. Coombs said ash clouds, like thunder clouds, produce lightning, and since thunderstorms are rare in that part of Alaska, “if we see lightning that is geographically near a volcano, the odds are pretty good that that could be from an eruption.”

Satellite images show that the volcano is erupting from a vent that is just offshore, under the water, and as new material piles up it is changing the shape of the island. “You can see in these images that a new volcanic cone is being built,” Dr. Coombs said. “If it continues, it might build a cone that is above seawater.”

There is some risk that a larger eruption could result in an ashfall on Unalaska and its port, Dutch Harbor, which has a total population of about 4,000. But the main concern about Bogoslof, Dr. Coombs said, is its potential to affect aviation in what is a busy corridor for flights to and from Asia.

Flying through volcanic ash can damage or destroy a plane’s engines, so if the eruption is big enough and the ash cloud is high enough, air travel can be shut down, as it was in much of Europe in April 2010 because of the eruption of Eyjafjallajökull, a volcano in Iceland.

The Bogoslof eruptions are much smaller, and although warnings have been issued and some flights rerouted, so far there has been no need to shut down airspace over the Aleutians.