Everything we know about history can be rewritten with one finding. However, while there have been countless discoveries made in the past decade, many of them never got the deserved attention due to selective mainstream scholars who will remain skeptical about everything that does not fit into their popular belief system

One such discovery, that changes everything we have been taught in history books is that of a 200,000-year-old civilization that proposed in Africa when mainstream scholars tell us, there were no advanced civilizations there, and that the first ‘advanced’ Civilizations in the history of mankind appeared in Sumeria, and other places like ancient Egypt.

Teaming up with Johan Heine, researchers and author Micheal Tellinger decided to explore what mainstream scholars categorized as impossible, an area located 150 miles inland, near the city of Maputo. There, a humongous ancient metropolis measuring over 150 square miles has conquered the terrain over 160,000 years ago. This ancient metropolis is believed to be part of an even larger settlement, which according to Tellinger, measures around 10,000 miles.

Until Tellinger decided to take a closer look, no one bothered to explore the mysterious formations on the ground.

When Heine first introduced me to the ancient stone ruins of southern Africa, he had no idea of the incredible discoveries we would achieve in the following years. The photographs, artifacts and evidence we accumulated, points towards a lost civilization that has never before been and precedes all others – not for a hundred years, or a few thousand years…but many thousands of years. – said Tellinger. 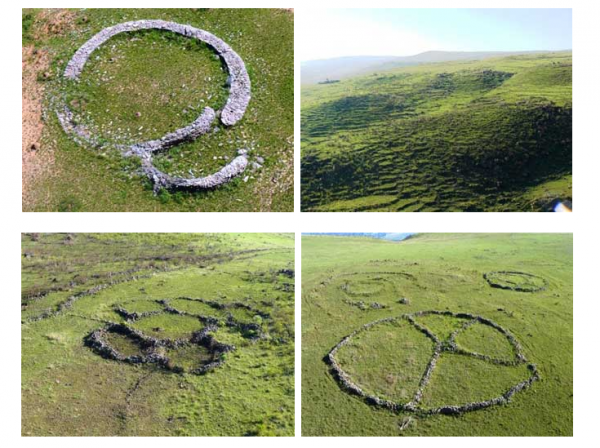 Curiously, near these ancient metropolises, the presence of ancient gold mines indicates the presence of an advanced civilization that was able to extract gold, in 200,000 BC, for a mysterious purpose. According to Tellinger, this is rather interesting since is shows how a timeworn ‘lost’ civilization, prospered in the region while being capable of extracting massive amounts of gold at several mines in the region, all of this at a time when mainstream scholars are telling us, humans were not developed in order to undertake such ‘sophisticated’ projects.

Who needed gold in 200,000 BC? How was it extracted and is it possible that the relative vicinity to the sea was the reason why the giant metropolis was erected in the first place? Was gold used in trade and sculptures? Or is it possible – as the Ancient Astronaut Theory proposes – that gold was used in a far more ‘technological’ purpose than what mainstream scholars are willing to accept?

I see myself a fairly open-minded chap but I will admit that it took me well over a year for the penny to drop, and for me to realize that we are actually dealing with the oldest structures ever built by humans on Earth. – said Tellinger.

The true size of this huge ancient metropolis can only be appreciated from above. These incredible ancient ruins extend into the horizon endlessly. Today, we see the remains of huge spherical buildings, large stone circles that protrude from the ground, and giant walls that rise over 5 feet in height. Complex roads systems have also been identified and connected communities for hundreds of miles. 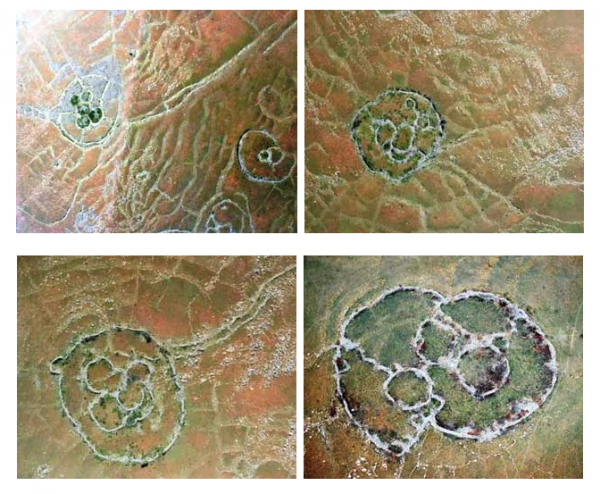 Seeing these ancient remains from above, clearly indicates that whoever built this ancient metropolis around 200,000 BC, wanted to create a sophisticated and advanced settlement, one that was carefully planned and eventually developed. The question to ‘why create such large settlement’ could potentially be answered by the numerous gold mines present in the area.

While mainstream researchers will find it hard to accept, as Michael Tellinger said, a complete paradigm shift will be needed to completely understand the complexity of this ancient site. And while researchers today are still trying to figure out the mystery, many are baffled by the idea that these ruins possibly belonged to an ancient civilization that prospered in the region in the distant past, at a time when mainstream scientists tell us, no advanced civilizations inhabited Earth.

Looking into alternative theories, we come across the ancient Astronaut theory and Zecharia Sitchin who tells us about the Anunnaki and their ‘mining operations’ here on Earth, at a time when advanced humans did not exist, a timeframe in modern history that according to mainstream researchers does not exist.

The Anunnaki Timeline – Coming to Earth: (According to Sitchin)

450,000 B.C.
After long wars, the atmosphere of Nibiru began to deteriorate and became a hostile place for life, The Anunnaki needed gold to repair their atmosphere. According to researchers, we can use gold nanoparticles to repair our damaged ozone layer.

445,000 A.C.
The Anunnaki aliens landed on Earth and established their base in Eridu, wanting to extract gold from the Persian Gulf. They were led by Enki, son of Anu.

416,000 B.C.
Gold production fell, which made Anu come to Earth. Beside him, his other son Enlil arrived. Anu decided that mining would take place in Africa and promoted Enlil in charge of the Terran mission.

400,000 A. C.
In southern Mesopotamia were seven developed nations. Among the most important were: “Sipar”, “Nippur” and “Shuruppak”. After the metal was refined, the ore was transported from Africa with ‘ships’ and sent into orbit.

You can take look at these incredible structures with Google Earth using the following coordinates:

“I see myself as someone quite open-minded but I admit that it took me over a year to figure it out, and I realized that we are actually dealing with the oldest structures ever built by man on Earth. The main reason for this is that we have been taught that nothing of significance has ever come from South Africa. Powerful civilizations all emerged in Sumeria and Egypt and other places.”- Tellinger.