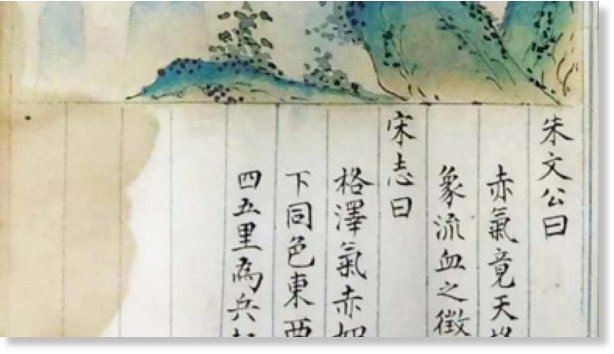 Some references to the phenomena date as early as the seventh century.

Until Galileo kick-started modern astronomy in the early 1600s, the record of the sun’s activities was basically blank—or so scientists thought. To shed light on our star’s history, researchers at Kyoto University in Japan have begun to comb through ancient texts. So far they have found dozens of apparent references to sunspots, auroras and other solar events that date as far back as the seventh century—albeit in terms that require more interpretation than Galileo’s drawings.

“Although [scientists] can use ice cores, tree rings and sediments for clues as to past weather and climate change, things like space weather and auroras leave little or no trace,” says Bruce Tsurutani, a space plasma physicist at NASA who is not involved in the Kyoto research. “So we need information that man has taken himself.”

To that end, a team of historians and astronomers in Kyoto analyzed hundreds of handwritten Tang Dynasty documents from China as well as Japanese and European manuscripts from around the same period, the seventh to 10th centuries. As reported online in April in Publications of the Astronomical Society of Japan, the researchers came across the terms “white rainbows” and “unusual rainbows” again and again. In fact, such spectacles were written about on the same dates in the documents from all three regions. Because people in such geographically distant locations simultaneously reported the phenomenon, the descriptions can only be explained as auroras, says lead author Hisashi Hayakawa, who is a student at Kyoto University’s Graduate School of Letters. Auroras are caused by charged particles from the sun colliding with particles in Earth’s atmosphere. They usually occur as rings around our planet’s magnetic poles.

Last year the group also published a comprehensive list of what most likely are sunspots mentioned in the official history of China’s Song Dynasty (10th to 13th centuries), where the spots are described as plums, peaches or eggs in the sun. Overall they have recorded 38 sunspots, 13 unusual or white rainbows, and 193 other auroralike events, which are compiled into a searchable, open database online.

There is no way to know for sure whether the texts refer to the work of our solar system’s star, says Hiroaki Isobe, an astronomer and one of the paper’s authors. The interpretation of antiquated language usages is a unique challenge in this endeavor, as is deducing the true nature of events that ancient authors often interpreted as omens. “[Descriptions of] tsunamis and earthquakes are clear, but for historians it’s quite difficult to know what a description like ‘the sky was red’ means,” Hayakawa says. The Kyoto team hopes to gather more evidence that its conclusions are correct by collaborating with researchers in Europe, Saudi Arabia and South Korea, who are also conducting historical studies of solar events.

A long-term record of the sun’s activities could ultimately reveal patterns that, for example, tell scientists more about the shifting of Earth’s magnetic poles and the effect, if any, the sun’s magnetic activity has on our planet’s climate. Such a record could also provide a better understanding of solar flares, which can fry satellites, cause electrical blackouts and disrupt telecommunications. “In predicting the future, we have to know the past,” Isobe says.