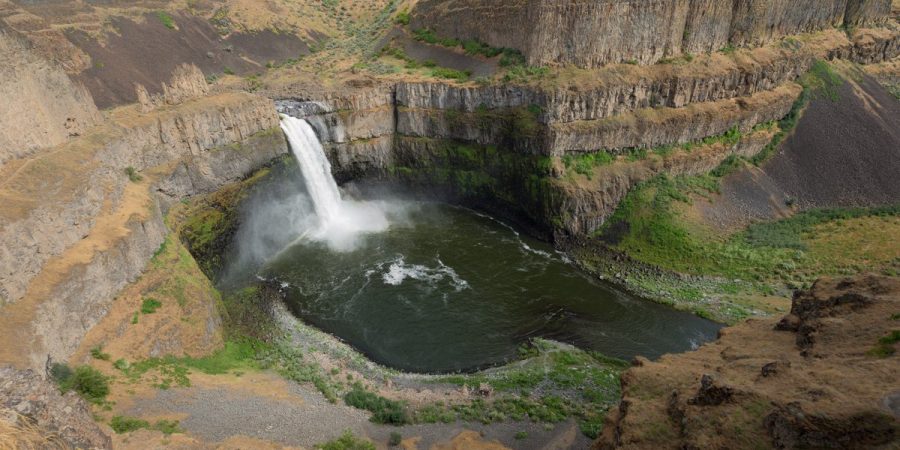 Washington State University researchers have determined that the Pacific Northwest was home to one of the Earth’s largest known volcanic eruptions, a millennia-long spewing of sulfuric gas that blocked out the sun and cooled the planet.

Only two other eruptions – the basalt floods of the Siberian Traps and the Deccan Traps – were larger, and they led to two of the Earth’s great extinctions.
“This would have been devastating regionally because of the acid-rain effect from the eruptions,” said John Wolff, a professor in the WSU School of the Environment. “It did have a global effect on temperatures, but not drastic enough to start killing things, or it did not kill enough of them to affect the fossil record.”
The research, which was funded by the National Science Foundation, appears in Geology, the top journal in the field. Starting 16.5 million years ago, they say, vents in southeast Washington and northeast Oregon put out a series of flows that reached nearly to Canada and all the way to the Pacific Ocean. The flows created the Wapshilla Ridge Member of the Grande Ronde Basalt, a kilometer-thick block familiar to travelers in the Columbia Gorge and most of Eastern Washington. The researchers say it is “the largest mapped flood basalt unit on Earth.”

The researchers estimate that, over tens of thousands of years, the floods put out between 242 and 305 billion tons of sulfur dioxide. That’s more than 4,000 times the output of the 1815 Mount Tambora eruption in present-day Indonesia. That eruption blanketed the Earth in an aerosol veil, creating the “Year Without A Summer” and food shortages across the northern hemisphere.

The volume of gas emitted from the Wapshilla Ridge lavas, said the researchers, “is equivalent to a Tambora eruption every day for 11 to 16 years.”

Most of the lava’s gases were released during the eruptions, but some of the gas remained trapped in crystals near the volcanic vents. Klarissa Davis, lead author of the paper, analyzed the gases as part of her doctoral studies. The other authors are Michael Rowe, now at the University of Auckland, and Owen Neill, now at the University of Michigan.

Wolff puts the eruption into one of three classes of cataclysms, the other two being a caldera eruption like the Yellowstone volcano and the impact of an asteroid. A similar eruption today “would devastate modern society globally,” said Wolff.

The eruption also provides an insight into the workings of climate change. It took place in what is known as the Miocene Climactic Optimum, or MCO, when some 50 million years of cooling was interrupted by 5 to 6 degrees Fahrenheit of warming. But at its peak, the MCO had a brief cooling period that coincides with the Wapshilla eruption and its profusion of sulfur dioxide.

Sulfur dioxide is now bandied about as a possible tool for engineering a break in the Earth’s current warming trend, though Wolff is not particularly keen on the idea.

Anthony Watts
Watts Up With That?