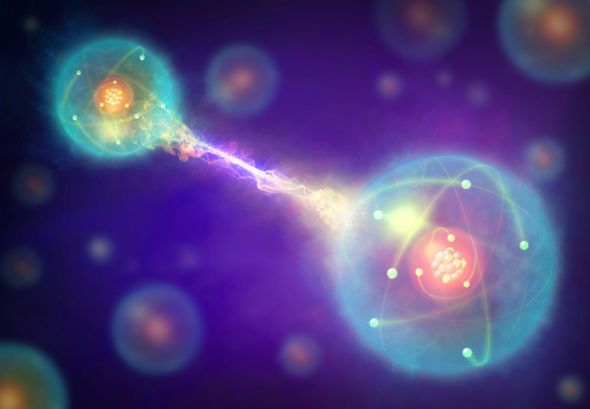 SCIENTISTS have made a major breakthrough after discovering an ‘Angel particle’ which has been theorised about for 80 years and could lead to a technological revolution that will make your modern day Mac seem like the very first Commodore computer.

At the very beginning of the universe, the Big Bang created equal parts matter and anti-matter, so scientists believe.

If the sets of matter were to ever meet, as particles come in pairs, then they would annihilate each other in a burst of energy.

But 80 years ago in 1937, Italian theoretical physicist Ettore Majorana theorised that there is another class of particle known as fermions – one that is both matter and anti-matter.

The discovery could have huge implications in the world of technology, especially within quantum computers which have the potential to be HUNDREDS of MILLIONS of times more more powerful than a normal computer.

Initial tests on Google and Nasa’s quantum computing system D-Wave showed that it was a staggering one hundred million times faster than a traditional desktop.

Hartmut Nevan, director of engineering at Google, claimed: “What a D-Wave does in a second would take a conventional computer 10,000 years to do.”

However, progress on a quantum computer has hit a snag of sorts – in simple terms the bits that carry information must be isolated from noise which has so far been difficult to achieve. 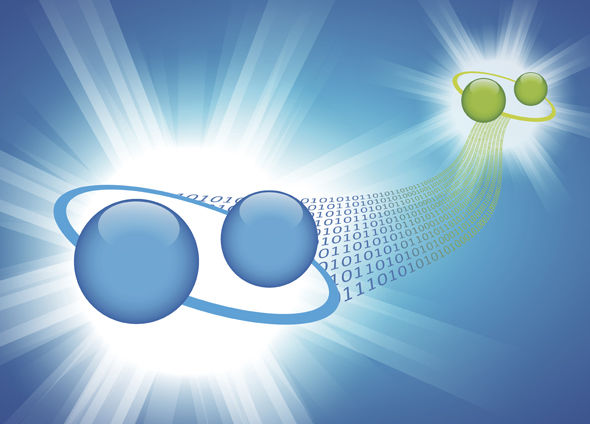 But, in what is being described as “a landmark in the field”, physicists have discovered a particle known as the Majorana fermion which is both matter and anti-matter and could make said computers available to the public in the near future.

This is because information could theoretically be separated in the Majorana fermion, meaning that it could always be kept safe leading to unfathomably fast computers.

Officially known as the Majorana particle, it has also been nicknamed the Angel Particle after Dan Brown’s novel Angels & Demons in which they create a bomb from a combination of matter and anti-matter.

Standford University physicist Professor Shoucheng Zhang said: “Our team predicted exactly where to find the Majorana fermion and what to look for as its ‘smoking gun’ experimental signature.

“This discovery concludes one of the most intensive searches in fundamental physics, which spanned exactly 80 years.”

Professor Frank Wilczek, a theoretical physicist from the Massachusetts Institute of Technology, added: “It does seem to be a really clean observation of something new.

“It’s not fundamentally surprising, because physicists have thought for a long time that Majorana fermions could arise out of the types of materials used in this experiment.

“But they put together several elements that had never been put together before, and engineering things so this new kind of quantum particle can be observed in a clean, robust way is a real milestone.”