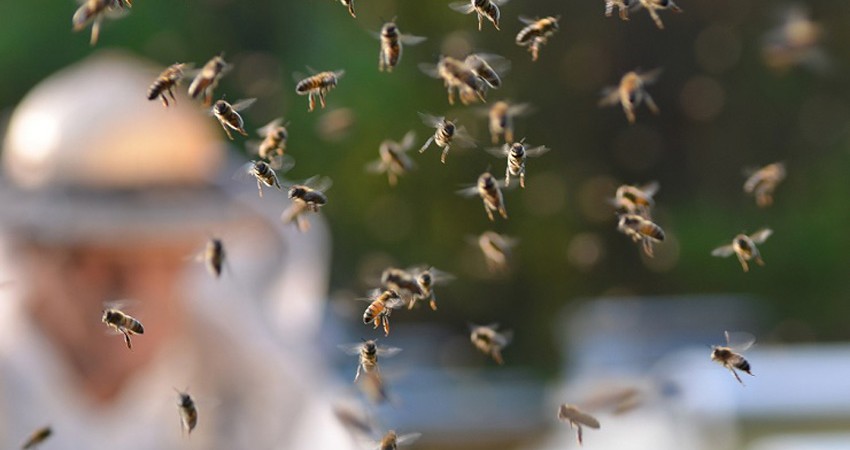 March 29, 2016 – GUYANA – One man was killed and several others were injured, including a man who is listed in critical condition, after they were attacked by a swarm of African killer bees at Bath Settlement, West Coast Berbice on Saturday.

INews Guyana reports that six of the injured workers were treated at the Fort Wellington Hospital and discharged, while Ali was admitted and is said to be in a critical condition.

Lalaram, who worked with the Guyana Sugar Corporation (GuySuCo) for 23 years, was pronounced dead on arrival at the medical facility.

One of the victims of the attack, Khemraj Latchman, told reporters that he and nine other workers were alerted to the impending danger when they saw a herd of cows running in their direction with the swarm of bees hovering overhead.

According to Latchman, who reportedly received about 50 stings in the course of the attack, some members of the group ran to a canal, while Lalaram and Ali remained on the ground.

Latchman told INews that he lit a fire to create smoke in an effort to ward off the bees. The fire allowed him to get closer to his colleagues and rescue five who were under attack.

Lalaram and Ali were nevertheless still at the mercy of the killer bees, and while Ali was revived, Lalaram was said to be lying face down and covered with the insects.

Latchman said that his workmates eventually managed to get the bees off Lalaram, but he remained motionless. An ambulance subsequently arrived at the scene and took Lalaram to the hospital where he was pronounced dead on arrival.

The entire attack reportedly lasted for about one hour.

GuySuCo has since launched an investigation into the incident. – Caribbean 360.