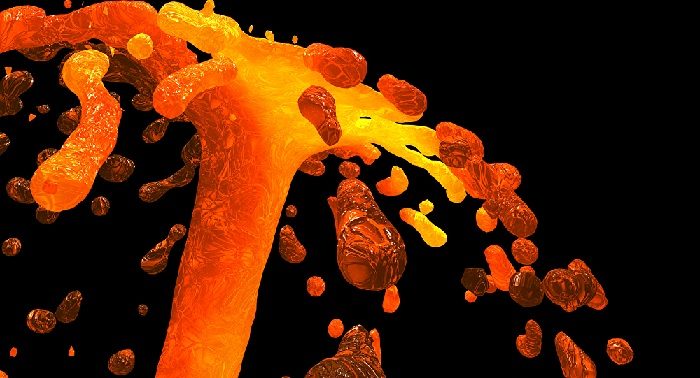 Anomalous Blobs of Matter Under Africa, Pacific Could Drown Earth in 100 km Layer of Lava

Despite decades of research, scientists remain divided about many of the processes taking place beneath our planet’s surface, including details about the churning of molten metals in the Earth’s core which creates the magnetic field that protects the planet from deadly solar radiation.

Two massive formations of incredibly hot molten rock the size of continents are lurking underneath Earth’s surface, one of them situated under Africa and the other below the Pacific Ocean.

Now, for the first time, Quanta Magazine has created a neat 3D model of the formations, situated in the area where the Earth’s molten iron core meets its rocky lower mantle, showing the formations as they appear to leak outwards and upwards toward the crust.

The model provides an important visual cue which challenges the commonly held view of Earth that one might find in a science textbook, which shows geometrically clean, spherical orbs of mater starting with the solid inner core, the outer liquid core, the lower and upper mantle and finally, the crust. 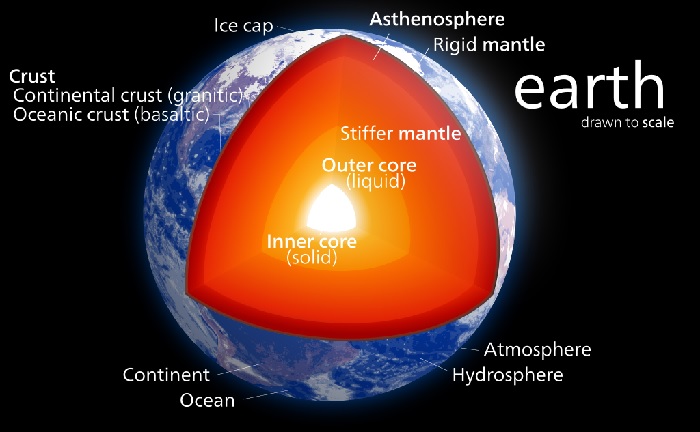 © CC BY-SA 3.0 / KELVINSONG / DIAGRAM OF THE EARTH
Diagram of the Earth

According to Quanta, the highest points of these formations can reach over 100 times that of Mount Everest, which with its height of 8,848 meters above sea level is the highest mountain on Earth.

“And if you somehow brought them to the surface, God forbid, they contain enough material to cover the entire globe in a lava lake roughly 100 kilometres deep,” Quanta contributor Joshua Sokol warns. 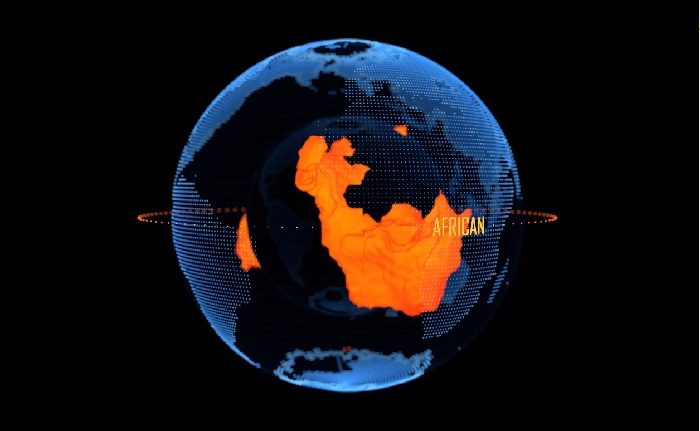 Geologists still don’t know exactly what the blobs are what their role may be in regulating Earth’s processes. Since their discovery in the latter part of the 20th century, it has been speculated that they could just be clusters of hot plumes – i.e. the theory of the convection of superhot rock formations within the mantle which has been proposed as one of the causes of volcanic hotspots.

Another theory suggests that the blobs are a distinct component of the Earth’s inner geography, consisting of ‘thermochemical piles’ of dense rocks with a distinct chemical composition of their own, and which are hotter than the rest of the mantle. The second theory proposes that these materials are actually as old as Earth itself, and unique in their makeup, making it impossible to find them anywhere else on the planet.

A third theory says that the formations could actually be the remains of a massive ancient planet known as ‘Theia’, which it is speculated crashed into Earth and became embedded inside the planet after crashing into it some 4.5 billion years ago. It was this event which is believed to have caused the creation of our Moon, scientists who support this theory say.

Core Mysteries
Scientists’ inability to reach a consensus on a range of geological processes taking place below the Earth’s crust has led to concerns about just how much humanity can predict events that can drastically affect our planet. Last year, for example, the US National Oceanic and Atmospheric Administration and the British Geological Survey were forced to update the World Magnetic Model two times in one year as the magnetic north pole was determined to be shifting out of the Canadian Arctic and toward Russia’s Siberia at an accelerated pace.

Scientists aren’t sure about the precise nature of the process of churning of molten metals in Earth’s core, which produces the huge electrical currents to produce the magnetic field. At the same time, academics have expressed concerns about the possible impact of fluctuations in the magnetic north pole on the overall strength of the magnetic field protecting the planet from harmful solar radiation. If the field were to disappear one day, Earth could quickly be bleached dry of life, helpless in the face of powerful solar flares emitted by our Sun.