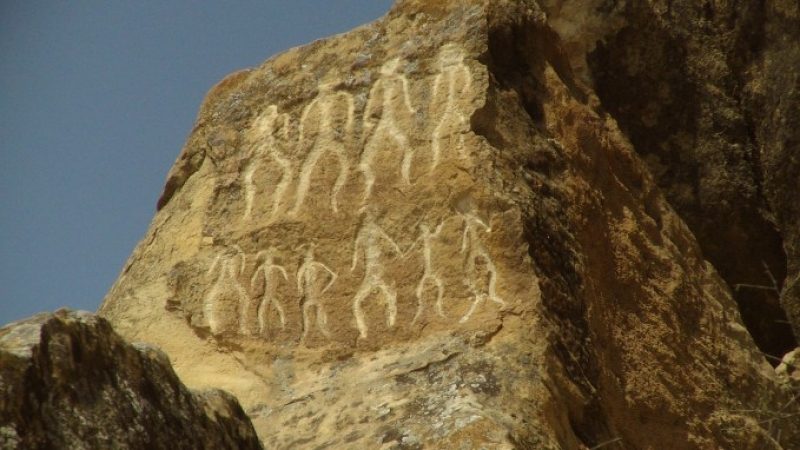 According to a researcher, the Anunnaki are due to return to the Earth to “fix what they had messed up” (our junk DNA) in order to fast-track a spiritual awakening and evolution in human consciousness.

Junk DNA (as it’s called by modern science) contains dormant genetics that separate us from being literal Gods.

According to the research of Gregg Braden, we only have 20 of the 64 codons in our DNA “turned on”. One must ask, “Why would Creator/Source limit our genetic capabilities by turning off most of our DNA?”

Hypothetically, if we can figure out how to turn on the latent codons in our DNA, we could feasibly do anything, such as heal every person on the planet instantaneously as well as healing Mother Earth, herself, from the poisoning of our water, air, and food supplies.

Robert Morning Sky gives one of the best explanations of how our DNA evolved.

If you can find the time, I highly suggest listening to his video below.

Our DNA was limited by the Anunnaki in order to keep us living in subservience, control, and conformity to our Anunnaki overlords.

These overlords are known as Enki and Enlil, the sons of Anu.

Enlil is Lord of the Word and all religions are based on honoring him as such. In biblical terms, he is referred to as Lord or God, but he is NOT anywhere near being Creator/Source. TheAnunnaki is referred to in the bible where it says, “Let US make man in OUR own image.” These are the GODS that religious people worship and are in no way associated with Creator/Source.

Enki is known as Lord of Creation and is the one who is responsible for limiting our DNA in order for us to worship the Anunnaki as gods. He ended up falling in love with his creation and commingled with us which gave us the Anunnaki DNA as well.

Because the codons in our DNA were limited, the Anunnaki DNA also lies dormant in our DNA.

At this point, Enki’s creation (humanity) had no passion or consciousness.

The gift of the feather

According to Morning Sky:

Enki was approached from a being from another galaxy outside of the system. These particular beings, in their evolution, left the need for their own physical bodies and learned to use internal energy “to climb the mountain. They didn’t need a rope. They didn’t need a ship. They were able to use their own energy. As they used more and more internal energy, they needed less density.

So, these beings from another galaxy were able to generate an evolutionary formula and plugged in a humanoid bird. As they evolved, these beings lost their density. They lost their need for a physical body but they liked ‘bonking’. For courtship purposes, they retained their wings. But in the dark, there’s no sunlight… the energy beings glowed. They came to Prince Ea and said, “Do you really want to give them independence? Do you really want to give them Free Will? I’ll tell you what we’re going to do. We’re going to give you one of our own strands of DNA. If you hard wire it into the beast, you’re going to condemn him to passion, to inexplicable fire.” Prince EA said, “In a second” and he took that DNA and went to the beast and hard wired it into the beasts. Suddenly he (the beast) was linked to another race in another galaxy. Suddenly, he was aware. He was conscious. These beings were called AKU. The gift that was given to Prince EA (that) was placed inside of the beast, was known asthe Gift of the Feather.”

When we look at the so-called “royal bloodlines” we are most likely looking at DNA that does NOT have passion of consciousness, nor does it contain the AKU DNA, the “Gift of the Feather”.

In other words, those who have been controlling us for millennia know that the true genetic royalty on this planet are those who are NOT within their bloodlines. In order to remain in control, they rule through fear because once our DNA is awakened, we become MUCH more powerful than our perceived controllers (world leaders, royalty, etc…).

With such a rich galactic lineage, it’s no wonder that our DNA is the true genetic royalty of the universe and why so many galactic neighbors have a vested interest in our planet’s population and DNA.

As above, so below

EVERYTHING that occurs on our planet is a microcosm of what is happening outside of our planet.

Because of the dysfunctional hierarchy involved in the Orion Wars and the ultimate fight for resources (Earth), we can see the same reflection here on this planet as various countries are constantly fighting for resources without any regard for humanity’s best interests.

The story we’ve been told is that the Anunnaki is a battle for control and power between two brothers, Enlil and Enki.

In reality, this is no different than political parties where you have the left wing and right wing. Republicans and Democrats. It’s always the same crap from a different toilet while the shadow government controls everything in secrecy.

In the case of the Anunnaki, the Republicans and Democrats are Enki and Enlil, while the shadow government is their father, Anu, who secretly is pulling all of their strings.

In an interview with Freeman Fly, Robert Stanley believes that Enki was passed over for kingship to the Orion/Sirius Empire because he is mentally unstable. “You can’t put somebody who’s insane in charge of an empire. If you know someone is crazy, you don’t put him in charge of a country, let alone a galactic empire.”

Yet this is what is being reflected here on earth with the divine right to rule over fellow human beings.

Our Earth DNA also contains the DNA of Enki’s mother.

“Our DNA could be reactivated at any time and Luciferian Enki’s people know this and they fear it, so they’ve been trying to accelerate their (negative) timeline.”

Creator/Source has demanded that the Anunnaki must return to fix what they had messed up (mainly our DNA). Stanley added, “When they say they’re coming back, they’ve been gradually infiltrating and doing what they can covertly. And that’s one of the reasons why both the good guys and the bad guys remain behind the scenes… because they don’t want to spoil the show.”

Approximately only 4% of our universe is of negative polarity and this can be resolved by unlocking our DNA, which will allow us to see that which has been hidden from us for millennia and will give us the abilities that are inherent to our genetics.

This will make us more genetically abundant than the Anunnaki (and all of our world leaders who claim to be of the royal bloodlines). The truth that the ruling elite do not want you to know is that it’s not THEIR bloodline that is superior, but OURS!

When our DNA is activated, everything will become transparent and the truth will no longer be hidden.

Your latent abilities, such as telepathy, bilocation, manifestation, etc… will become commonplace and there will no longer be a need for money, government, or religion.

This falls in conjunction with Pluto entering Capricorn in 2008 and staying the until 2023. Pluto is known as the “Destroyer” and will tear down everything that is not in humanity’s best interests. We’re already seeing the collapse of money, government, and religion along with revolutions all around the planet.

Is it possible that Pluto in Capricorn is the timetable that the Anunnaki are working with in order to restore our DNA by 2023?

A vision of what is to come

I recently had a vision of how this is all going to unfold.

In this vision, I saw a HUGE flash of light surrounding me. It happens in the literal blink of the eye! Once you feel and see this light, your DNA will be healed instantaneously. You will have many new and exciting abilities. You’ll also KNOW the truth about how we’ve been enslaved for millennia and who was responsible for all of the ongoing tyranny and oppression on our planet all throughout history. You’ll feel unconditional love like you’ve never felt before. Imagine that person that you love unconditionally, then magnify that times 100,000+. This is what you’ll feel.

Robert Stanley refers to this energy as possibly being a galactic superwave, but this could also be Wave X or a number of different cosmic wildcards.

Whatever it is, it’s coming. It may be like the change of seasons where you gradually see a drop or rise in temperatures, but in my opinion, it’ll hit us all at once in the blink of an eye.

Right now, it’s a race between whether the Anunnaki fix what they have corrupted versus the incoming energies lifting the veil and exposing the Anunnaki for what they’ve done to humanity. They have an opportunity to do what is right in humanity’s best interests or be returned to Source/Creator to be held accountable.

Either way, we win and our dormant DNA is activated.

In the meanwhile, the ruling elite will try to keep as many people living in a low vibration because misery loves company and it’s a lot easier to control the population through fear.