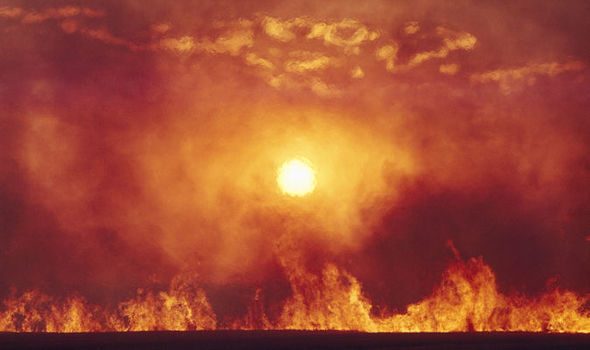 Apocalypse Will Begin June 24 According to a Christian Theorist

So many end dates.. so little time.

On June 24 of this year the world will come to an end, so say Christians who believe that we have entered the end times.

By analysing passages in the Bible, many believe they have been able to pinpoint the world will end – and that is June 24, 2018.

Christian conspiracy theorist Mathieu Jean-Marc Joseph Rodrigue examines a passage in the Book of Revelations which reads: “And a mouth was given to [the Beast], speaking great things and blasphemy, and it was given authority to act forty and two months.”

Mr Rodrigue then says: “I heard a voice in the middle of the four living beings.

“This is wisdom. He who has intelligence can interpret the figure of the beast.

Mr Rodrigue then performs a series of complex calculations and when combining 666 with the number 42, concluding with the date June 24.

However, the conspiracy theorist was unable to detail how he reached this figure or how exactly the world will end.

Mr Meade predicts a mythological planetary system known as Planet X or Nibiru will appear in the sky on April 23.

He claims it will then pass the Earth in October, causing the start of the Rapture with huge volcanoes and volcanic eruptions due to its gravitational force.

He said: “During this time frame, on April 23, 2018 the moon appears under the feet of the Constellation Virgo.

“The Sun appears to precisely clothe Virgo… Jupiter is birthed on April 08, 2018.

“The 12 stars at that date include the nine stars of Leo, and the three planetary alignments of Mercury, Venus and Mars – which combine to make a count of 12 stars on the head of Virgo.

“Thus the constellations Virgo, Leo and Serpens-Ophiuchus represent a unique once-in-a-century sign exactly as depicted in the 12th chapter of Revelation. This is our time marker.”