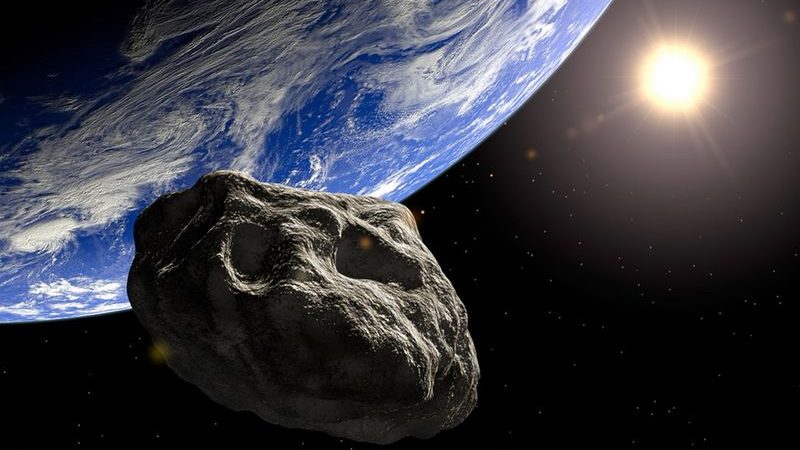 Not too long ago there was worry from all the stories of doom from asteroid 2009ES, or actually Minor Body 2009ES as it is also referred to due to its massive 10 km size but all had breathed a sigh of relief as it passed safely during the first week of September at a “safe” 18.8 lunar distances or 18.8 times the distance between the moon and the earth.

The 2009ES asteroid (which is real) and who’s impact would have the power of THREE BILLION ATOMIC BOMBS was spotted by Zhao Haibin at an observatory in Nanjing, China – but as I mentioned it was spotted as it passed Earth safely at 18.8 lunar distances.

There is a little minor detail that does not seem to be reported or mentioned by too many news outfits at all on the internet or anywhere else for that matter.

So we are all relaxed in the comfort that 2009ES passed safely and we can all go on until the next asteroid threat comes along and reignites the panic, right?

“The real danger from this Big Boy comes in about four months, because that is when the asteroid will have orbited the sun and be on its return trip to the outer limits of the Solar System.

Until it emerges from behind the sun, there is no way to accurately predict its path at that time. Zhao Haibin with the observatory said minor planets’ trajectories could be changed by stellar attraction from planets such as Mars and even solar flares as they orbit the sun. Continuous observation is needed to keep track of any changes. “With the help of our images, astronomers across the globe have a more accurate moving trajectory of the asteroid,” he said. Previously, eight other telescopes around the world had captured images of the asteroid. No date has been release for the asteroid’s pass through the Earth’s orbit.”

I find it interesting that NASA doesn’t mention that part but are quick to always only offer reassuring words rather than be honest and open about the very REAL potential risk mentioned above.

Since currently we wouldn’t have a way of stopping it should it find itself on a collision course with our blue dot (Earth) our only option would be as NASA said, “pray”.

So what would happen if a planet killer hit Earth (source: Metro.co.uk)?

We should have warning if such an object approached, but there are currently no technologies which could stop it.

‘Bad Astronomy’ expert Phil Plait said that the entire Cold War arsenal of nuclear weapons would have amounted to a millionth of the power of the explosion that wiped out the dinosaurs.

The asteroid hit Earth at 40 times the speed of sound – causing an explosion seven billion times bigger than the Hiroshima bomb.

Kirk Johnson of the Smithsonian National Museum of Natural History said, ‘Basically you are looking at a 10km-diameter bullet.

‘The physics is just extraordinary. You get just this incredible explosion, incredible earthquakes, incredible tsunamis, and then anywhere within several hundred kilometres of the site you have building-size blocks raining down on the landscape.’

The air blast from the explosion would have flattened forests for thousands of miles.

But the worst part was yet to come. The asteroid’s impact had vapourised a huge chunk of Earth’s surface, which shot into space and surrounded the Earth.

The plume of burning rock turned into tiny droplets of glass, which rained down onto our atmosphere – heating the air so much that plants on the surface caught fire. Our planet turned into an oven.

So as we discussed, 4 months later is when the return trip to the outer solar system will be occurring and that is when we could be in for it.

Four months from now will be approximately January 2017, let’s hope this is not the the way the new year of 2017 begins.

sources: Metro.co.uk, UniversalFreePress
Reposting of this article is allowed with full attribution/credit to the author and this site (bendedreality.com).