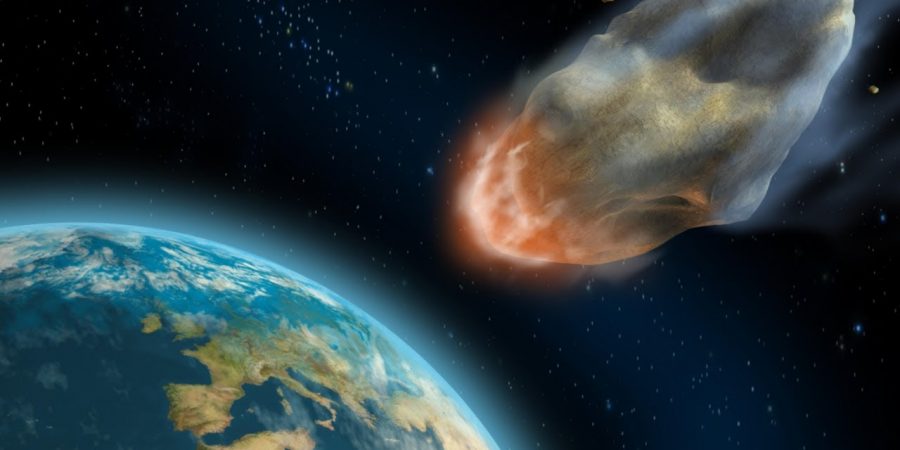 The massive asteroid known as 99942 Apophis was once considered among the most dangerous asteroid in space, with the potential to strike Earth very high.

When it was discovered, the 370-meter asteroid’s trajectory towards the planet made many fear that an impact could actually happen.

Ultimately, however, this situation now seems unlikely thanks to additional data gathered by astronomers. As such, NASA has declared the planet free of risk from any asteroid impact for the next century.

But just what exactly is this asteroid that had so many people worried? Here is everything you need to know about 99942 Apophis.

When was it discovered and what did it look like?

The asteroid was first discovered on June 19, 2004 by astronomers at Arizona’s Kitt Peak National Observatory. Original estimates had thought the asteroid was 450 meters in diameter. For comparison, that would make it taller than the 381-meter Empire State Building and 324-meter Eiffel Tower, and would make it around half the size of the 828-meter Burj Dubai, the tallest manmade structure in the world.

Later estimates put it at much shorter, with scientists ultimately estimating it around 370 meters.

In terms of classification, Apophis was classified as an Aten-class asteroid, meaning its orbit crosses over with Earth’s orbit around the Sun, but it spends most of its time inside it.

However, it will not stay that way, and is set to be reclassified as an Apollo-class asteroid after the anticipated close flyby due to its orbit now becoming wider.

What is its trajectory, and what chance did it have to impact Earth?

As an Aten-class asteroid, the orbit crosses over that of the Earth’s. Due to proximity, size and speed (with it orbiting around 30.73 kilometers per second and completing an orbit around the Sun in about 0.9 Earth years), many worried that it would have struck the planet.

Originally, many feared the asteroid’s trajectory could put it at risk of doing just that. At the peak of fear regarding this possibility, Apophis made waves for being the first asteroid to achieve a rating of four on the Torino impact hazard scale for two years.

But even from the beginning, the risk was never that high, and the odds seemed firmly in place that such an impact wouldn’t occur.

But there were still reasons to fear that an impact could happen, and that surrounds the existence of the gravitational keyhole. Essentially, this is a small region of space influenced by a planet’s gravity. If an asteroid were to fly through the keyhole at the right time, it could alter its orbit.

It was thought initially that, when Apophis was set to fly past Earth in 2029, it could fly through the keyhole. If it did so, there was a chance it could have its orbit altered, leaving it on a collision course for the planet in 2036. But further calculations showed this was unlikely to happen.

If Apophis did hit, how bad would it be?

Very, though the exact degree is unclear, as it would depend on the asteroid’s composition. But even the best estimates indicate how catastrophic it would be.

Back when it was still listed on it, NASA’s Sentry Risk Table estimated that Apophis would impact the planet with the equivalent force of 1,200 megatons of TNT. To compare, the Tunguska event, when a mysterious asteroid exploded above the surface of the Siberian wilderness in 1908, was estimated to have been somewhere between 3-10 megatons of TNT. Even the strongest nuclear bomb ever tested, the Tsar Bomba, only had the force of around 50 megatons of TNT.

That is not to say it would be the most catastrophic impact the planet has ever had. It is estimated that an asteroid around the size of Apophis strikes the planet every 800,000 years or so.

Indeed, one asteroid estimated to have been around a kilometer in size struck Southeast Asia around 800,000 years ago, according to a study from Curtin University.

Furthermore, the asteroid that caused the Chicxulub impact, believed by many to have been what wiped out the dinosaurs, was estimated at having had a diameter between 11 and 81 kilometers and having had the force over 100,000,000 megatons of TNT, or 100 teratons.

For further comparison, the last known significant asteroid impact was on February 15, 2013, when an asteroid exploded in the air above Chelyabinsk, Russia. This asteroid was just 17 meters wide, and while it didn’t result in any casualties, the shock wave from the explosion shattered windows in six different Russian cities and caused 1,500 people to need medical attention.

How did Apophis get its name?

Originally the asteroid was designated 2004 MN4 but after being further studied it gained the permanent number of 00042, and then subsequently was given the name Apophis by its discoverers.
The name Apophis itself derives from the Greek version of Apep, a monster in Ancient Egyptian mythology and the archenemy of Ra.

As suitably apocalyptic as that sounds, though, that may not be the main inspiration behind the name. According to a 2005 report in Astronomy magazine, co-discoverers Dave Tholen and Roy Tucker were big fans of Stargate SG-1, a science fiction TV series whose most prominent villain was named Apophis.

Yes. Apophis will still pass by the Earth in 2029 – specifically on April 13 – at a distance less than 20,000 miles (32,000 kilometers) from the Earth’s surface. This is notable, as it would be closer than many geosynchronous satellites, and is in fact the closest an asteroid of this size will have passed by in recorded history. In fact, it will be so close so anyone in the Eastern Hemisphere would be able to see it, even without telescopes or binoculars.

Is Earth still at risk of an asteroid impact?

NASA has estimated that the Earth is at no risk of being impacted by an asteroid within the next 100 years, though this notably only applies to asteroids coming from the “front,” meaning towards Earth and the Sun. Asteroids coming from the “back,” towards Earth away from the Sun, are still notoriously difficult to detect. On September 16, asteroid 2021 SG, ranging between 42 meters and 94 meters in size, flew past the Earth, and scientists never even knew it existed, let alone flying past the planet, until the next day.