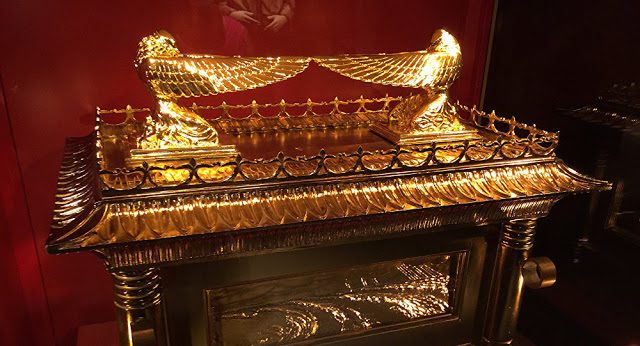 The leader of the archaeological excavation in question described their efforts to determine the site’s purpose and the time of its construction as a “fascinating intellectual adventure” and a “serious riddle to decipher”.

The efforts of Israeli archaeologist Israel Finkelstein yielded an intriguing discovery at a hill in the vicinity of Jerusalem, which may possibly be related to the Ark of the Covenant, Haaretz reports.

According to the newspaper, although Professor Finkelstein’s excavation did not yield the Ark itself, it uncovered a ritual site “where it’s believed the ark was probably placed”.

“At the start, we found large supporting walls that artificially created the flat hilltop”, the archaeologist said while describing the dig. “The question was how to date them. We had to prove it was a construction from the period of the kingdom, and then determine which period exactly – a difference of 50 years gives a totally different historical framework.”

As Finkelstein explained, trying to establish the “purpose of the site” and the time of its construction turned out to be a “fascinating intellectual adventure” and a “serious riddle to decipher”.

“One must always distinguish between archaeological findings and historical interpretation that may be debated. We didn’t find an inscription on the wall stating that King Jeroboam II built it. We reached that conclusion based on a whole array of considerations,” he explained.

The newspaper points out, however, that these findings appear to contradict what’s written in the Hebrew Bible (specifically, in the First Book of Samuel) which states that after 20 years in which the ark was kept at Kiryat Ye’arim (the site of Finkelstein’s excavation), King David brought it to Jerusalem; the problem is, David ruled in Jerusalem in the 10th century BC, much earlier than Jeroboam (8th century BC).

In a Zoom chat with the newspaper, Finkelstein also remarked that, “to the best of his understanding”, although David and Solomon were historical figures, they “only ruled a small territory around Jerusalem” rather than a large empire.

“The idea of a glorious united kingdom that extended from Dan to Be’er Sheva is, I believe, an ideological and territorial manifesto that was written in Jerusalem and promoted the ambitions of the monarchy in the late seventh century BCE – after the Assyrian withdrawal from the Land of Israel,” he said, adding that “the writers of the time are describing a glorious future kingdom.”

Sputniknews
Headline image: © CC BY 2.0 / Blake Patterson / The Ark of the Covenant