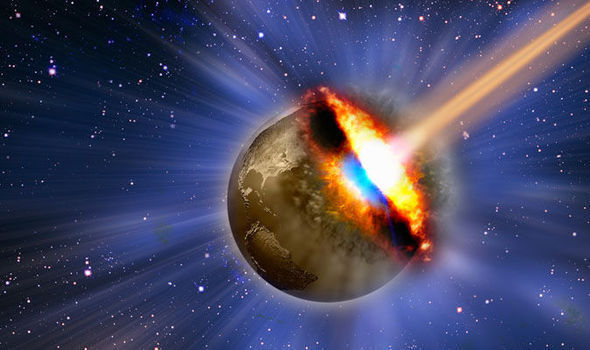 Asteroid 2015 BN509 Is One of the Potentially Hazardous Asteroids that Could Hit Earth One Day, Says NASA

The asteroid, known as 2015 BN509, after the date of its discovery, is on a NASA list of potentially hazardous asteroids that could one day threaten the planet.

It flew past Earth in January at nearly 44,000mph.

At that size, a direct hit could destroy a whole country or region.

It was filmed hurtling through empty space by the Arecibo Observatory, which is a giant radio telescope , as it came past last month.

NASA is currently trying to chart all asteroids that pose a risk to Earth, but still has no idea where around 80 percent of those of a similar size to 2015 BN509 are.

It is also trying to devise ways to deflect an asteroid, should one be heading for us.

Currently there is no tested way opt dealing with one, but ideas include using the gravity of a spacecraft to knock it off course.

However, NASA does have an asteroid early warning system called Scout.

It can work out the flight path of an incoming asteroid within 10 minutes of first identifying it.

Paul Chodas from NASA’s Jet Propulsion Laboratory, which runs the Scout programme, said: “When a telescope first finds a moving object, all you know is it’s just a dot, moving on the sky.

“You have no information about how far away it is.

“The more telescopes you get pointed at an object, the more data you get, and the more sure you are how big it is and which way it’s headed. But sometimes you don’t have a lot of time to make those observations.”