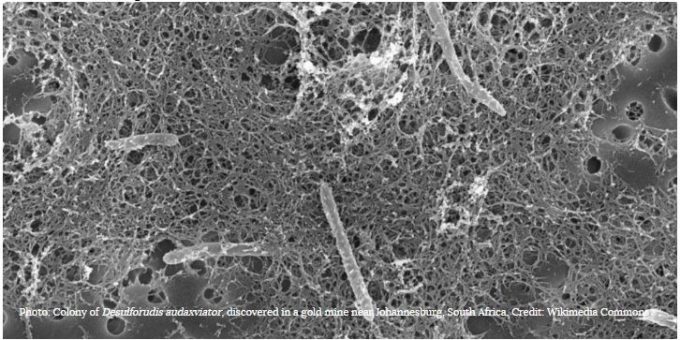 A microbe that lives off radioactive rocks in Earth’s deepest mine reveals how life could thrive on other planets and even in interstellar space.

An unusual microbe that lives off of radioactive rocks nearly 2 miles below Earth’s surface suggests what at least some extraterrestrial life could be like.

The creature is a bacterium, Desulforudis audaxviator, discovered in the world’s deepest mine: the Mponeng Gold Mine of South Africa’s North West Province. Since the organism’s energy source, radiation, is also generated by Galactic Cosmic Rays (GCRs), it’s possible that life outside of Earth thrives on this energy too, according to new research in the Journal of the Royal Society Interface. 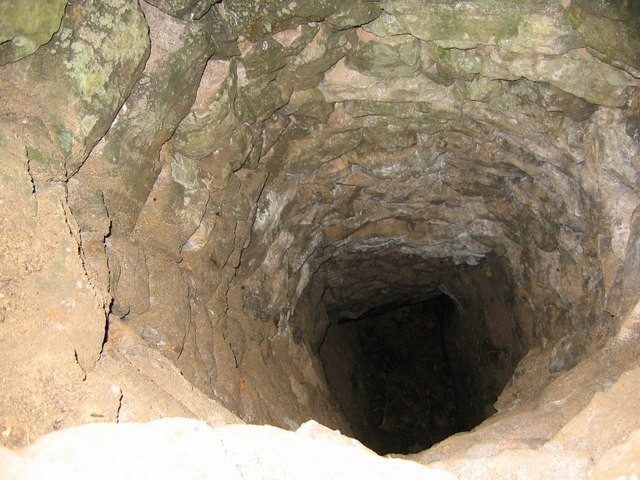 Photo: View from the top of an abandoned mine shaft. Such an environment, miles below the earth, is where D. audaxviator lives off of radioactive rocks. Credit: Nikki Mahadaven, Wikimedia Commons

GCRs are high energy particles originating outside the solar system.

Author Dimitra Atri, a research scientist at the Blue Marble Space Institute of Science, told DNews that D. audaxviator is the only organism known so far to live as a result of radiolysis, which refers to decomposition of a substance as a result of radiation. The bacterium – called an “extremophile” because of its existence under such extreme conditions — eats radioactive rocks by extracting carbon and other essential chemicals from them.

This type of life, Atri said, “is so rare on Earth because we have an abundant supply of photons (particles of light) on the surface, and other extremophiles that use chemical energy or heat are relatively easier to find in places like hydrothermal vents.” 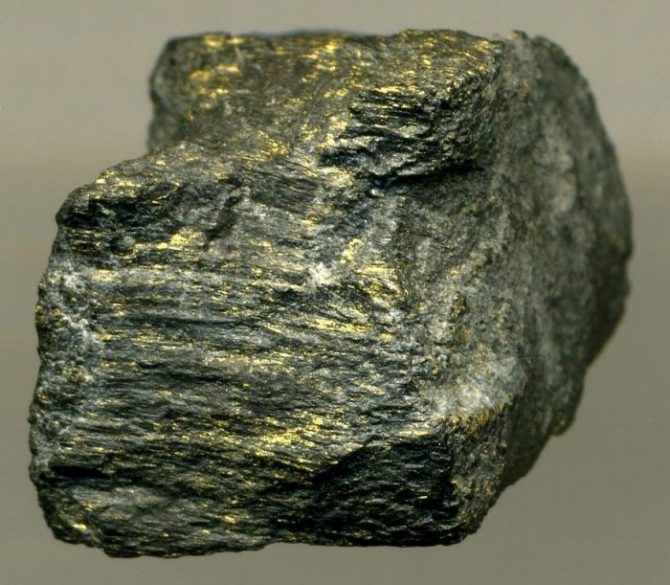 Using computerized simulations, Atri showed that GCRs deposit the same amount of energy below a surface as do radioactive rocks. He explained that when the high-energy particles strike a planet’s surface, they produce secondary particles. They then interact below the ground and start a chain reaction that keeps producing new particles until all of the energy is used up.

“This energy from secondary particles produced from GCRs is similar to the energy produced from radioactive substances, so it should be able to power radiolysis (outside of Earth) too,” Atri said.

GCRs come flying toward Earth all of the time, but most of them are blocked by our atmosphere. Only a very small number of them are able to penetrate below Earth’s surface.

On planetary bodies such as Mars, Europa, the moon, Enceladus, Pluto and more, however, GCRs are thought to have greater impact because these places in space are not encased with such a thick atmosphere.

In fact, Atri said, “If an organism powers itself from radiolysis, it would benefit from a negligible or no atmosphere at all because more energy would be available in such cases. This mechanism could potentially work on rogue planets. These are planets that are not tied to any stellar system. They can be powered from GCRs penetrating below their surfaces.”

D. audaxviator does have access to a tiny bit of water in its mine shaft home. Recent results from the Rosetta space probe mission have shown that water and other essential organic compounds are available on comets, further boosting the possibility that all of the known essential needs for life exist outside of Earth.

Since the mechanism for life analyzed by Atri only works in subsurface environments, he said that “we will have to drill below the surface of places where we think traces of water and other chemicals might exist. Plenty of such locations exist on Mars and Europa, and it would be useful to dig below the surface and see if anything is out there.”

If his theories hold true, then “there would be pockets below the surface of these planetary objects where radiolysis-powered organisms could exist.”

NASA is already planning to look for life in subsurface environments. Atri hopes that other space agencies around the world follow suit.

Andrew Karam, a New York Police Department counterterrorism radiation safety officer and renowned expert in radiobiology, says it’s intriguing to think of sources of energy for living organisms on planets that are far from a star or are even floating in interstellar space.

“Let’s face it, he said. “Anything that provides a source of energy makes it easier for life to be present. And since cosmic rays are everything — even if heavy elements might be lacking — this means that our thoughts as to where life might exist might need to expand.”

D. audaxviator proves that an organism can live on Earth in spite of high radiation levels, he said, adding, “What’s interesting is to speculate that some organisms might exist because of radiation.”

Astrobiologist Jacob Haqq-Misra told DNews that our solar system has an abundance of energy from the sun as well as geothermal energy from our planet’s own internal heat, so cosmic ray power might have only played a small role in the early emergence of life on Earth.

“However,” Haqq-Misra said, “we can imagine environments elsewhere in space that would have less energy from the parent star and perhaps a greater flux of energy from cosmic rays. Rogue planets are one such example, as well as colder planets orbiting near the outer edge of their host star’s habitable zone.”

“Dr. Atri’s study reminds us that life can exist in the most remote of environments by using nearly any available energy source.”