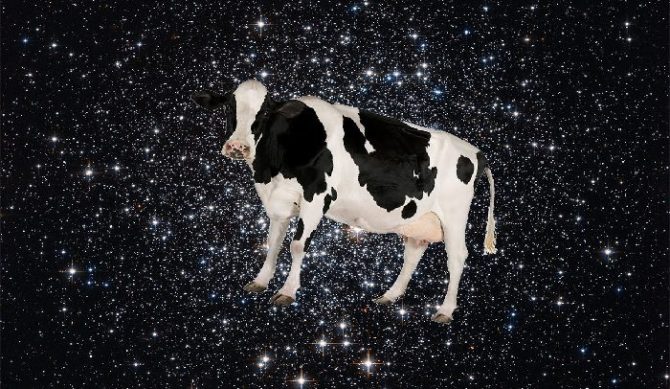 Something is exploding incredibly quickly in the sky, and astronomers are scrambling to figure out what it is. On 17 June, the twin ATLAS telescopes in Hawaii spotted a bright flash in space that hadn’t been there when they’d checked about two days before.

Most supernovae take a few weeks or even longer to reach their full brightness, but this explosion took days. “It really just appeared out of nowhere,” says Kate Maguire at Queen’s University Belfast, who is part of the ATLAS team. Its peak brightness was incredibly high, 10 to 100 times brighter than most normal supernovae.

“There are other objects that have been discovered that are as fast, but the fastness and the brightness, that’s quite unusual,” says Maguire. “There hasn’t really been another object like this.”

Initially, it seemed like the explosion must be in our own galaxy to appear so luminous. But shortly after the initial observations, a group of Chinese astronomers found details in its light that indicated it was likely in another galaxy, almost 200 million light years away.

In the following few days, assorted teams of astronomers used at least 18 more telescopes to look at the Cow, taking more detailed observations in a variety of different wavelengths of light. “I think it’s the largest number of reports for any single object ever on the Astronomer’s Telegram,” says Robert Rutledge at McGill University in Canada, the editor-in-chief of the site.

Those observations led to the interpretation that the Cow is some sort of explosion of high-energy particles moving close to the speed of light. Its surface temperature is more than 8900°C, and it is expanding outwards at 20,000 kilometres per second.

Too bright, too fast

“We’re not sure yet what it is, but the normal powering mechanism for a supernova is radioactive decay of nickel, and this event is too bright and too fast for that,” says Maguire.

Some follow-up observations indicate that it might be a type of supernova called a Ic, Rutledge says, but “more spectroscopy will be necessary before we put a lid on it.” It may yet be some other type of weird space explosion.

The Cow is relatively nearby compared to other fast explosions we’ve spotted, so it’s easier to look at in detail. Rutledge says we may know what’s really going on within the next day or so. It’s so close that even gravitational wave and neutrino detectors could plausibly have spotted it.

“We’re going to have a lot more observations very soon,” he says. “Whether or not it is really going to be unusual in some way remains to be seen.”