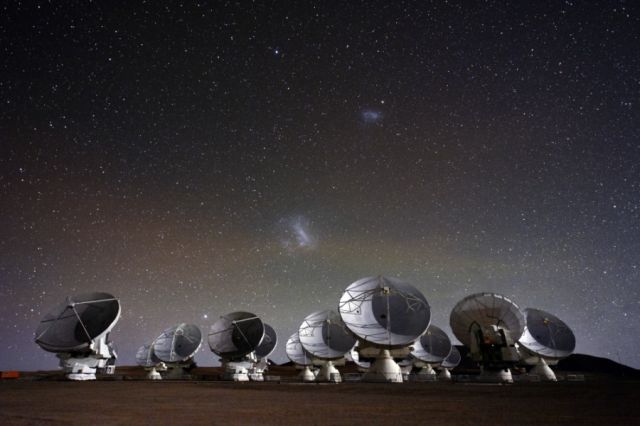 New papers say “Super Earth” may orbit the Sun at six times the distance of Pluto.

Scientists and amateur astronomers have long been fascinated by the possibility of a “Planet X” at the edge of the solar system that may explain some apparent anomalies in the orbits of planets such as Neptune and Uranus. However, in recent years, astronomers have largely ruled out the possibility of a large, unseen planet far beyond the orbit of Pluto.

Research groups from Sweden and Mexico have now submitted pre-prints of two research papers to arXiv (here and here) that claim to have discovered a massive object at the edge of the solar system. Using observations from the Atacama Large Millimeter/submillimeter Array in Chile during 2014 and 2015, the astronomers spied “a new blackbody point source” that appears to be moving in conjunction with the Alpha Centauri star system, about 4.3 light years from Earth.

The authors do not believe the new object is part of the Alpha Centuari system, however, because if it were that far away, such a star would have been bright enough to be seen before. Rather, they offer several explanations for the object, which one of the research teams named “Gna.” Perhaps most notably, they suggest a “Super Earth” at a distance of about 300 astronomical units (AU) from the Sun, or about six times further than Pluto is at its aphelion. Another explanation is a “super-cool” brown dwarf (too big to be a planet, too small to be a star) at about 20,000 AU from the Sun.

“Simple arguments convince us that this object cannot be an ordinary star. We argue that the object is most likely part of the solar system, in prograde motion, albeit at a distance too far to be detectable at other wavelengths,” the authors of one paper, uploaded on December 8, 2015, to arXiv, conclude.

As word of the new research papers spread through the planetary science community on Wednesday, they were greeted largely with skepticism.

Other scientists noted that observations with NASA’s Wide-field Infrared Survey Explorer, which has expressly searched the outer solar system for large planets, have ruled out the possibility of a planet the size of Saturn or larger out to 10,000 AU, and a Jupiter-sized planet out to 26,000 AU.

As with all pre-prints, the new papers have yet to undergo scientific peer review. The new data may be the result of some sort of image artifacts in the ALMA data, or there may well be some other less sensational explanation for what these scientists have seen. This is how science at the frontier often proceeds.