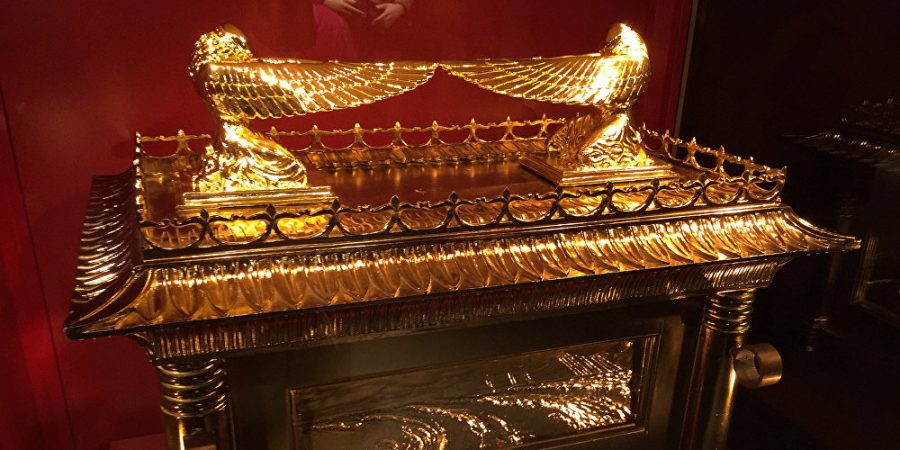 There has been much mystery around the Biblical Ark of the Covenant, a sacred gold-covered wooden chest believed to contain two stone tablets of the Ten Commandments, and the latest episode of Blaze’s Ancient Aliens has kept the issue on the boil.

According to the biblical Book of Joshua, the walls of the city of Jericho came tumbling down after the Israelite army, led by Joshua, marched around the city blowing their horns.

They are said to have been carrying with them the sacred Ark of the Covenant, which presumably contained the Ten Commandments, and some conspiracy theory enthusiasts believe that Moses and the Israelites gained a supernatural source of energy at Mount Sinai when they were given the Commandments.

Blaze’s latest episode of Ancient Aliens explored the theory that this extraterrestrial technology was placed inside the Ark of the Covenant and had enough power to “amplify Joshua’s horns and make them into a powerful sonic weapon”.

“The idea that some kind of sonic weapon was used to destroy these huge, thick ancient walls to allow the Israelites to basically take over that city is a fascinating one”, David Childress, a writer dubbed the real-life Indiana Jones by many fans of his books, said in the clip.

David suggested the Israelites may have found themselves in possession of an alien weapon:

“It sounds utterly fantastic to us that they could have had some kind of advanced alien technology [but] that’s clearly what they are describing”.

“What’s interesting about the battle of Jericho is that this particular use of the [trumpet] clearly seems to be the same thing we’re seeing with particle ray technology, death ray technology [and] thunderbolt technology. It very clearly seems that once again we have an extraterrestrial technology the ancient people had at the ready to use when needed for military campaigns”.