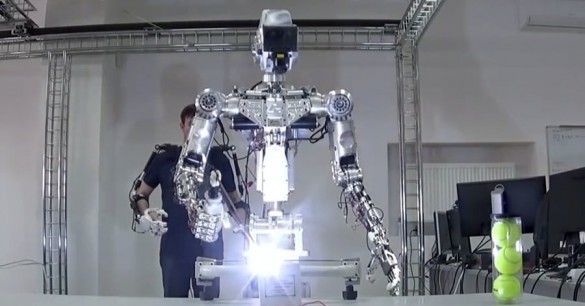 Avatar Robot for Spacewalks and More Unveiled by Russia

Outside of the rare occasion when their spacesuits fill up with water, most astronauts would say that the best part of space travel is getting out of the capsule or space station and floating around on a spacewalk. It’s also the most dangerous part, which is why the Russian space program is focusing on replacing humans in spacewalks with avatar robots. This week, it unveiled its latest model.

“We’ve launched work to create an avatar that will become a crewmember of the Russian national orbital station.”

Deputy Prime Minister Dmitry Rogozin made that statement as he showed the Russian media a robot that remotely mimics the actions of a human operator. ‘Fyodor’ is just an upper body (that will make spacewalks difficult even in zero gravity) with two arms that are controlled by a human in a control suit with monitors attached to arms, fingers, shoulders, wrists, neck and all other movable body parts. When positioned outside the spacecraft, Fyodor is stronger than an astronaut, more flexible and capable of finer motions due to its lack of a spacesuit. It also doesn’t tire or get distracted by bright shiny (unidentified flying) objects. 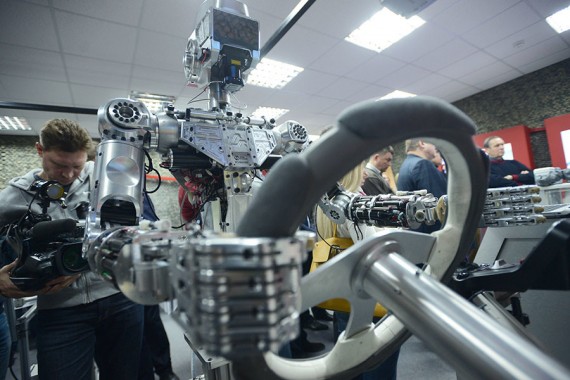 The pictures showed Fyodor driving a car (no pedals, of course), which means the Russian space program has plans for it on the Moon or Mars. When might that happen, Deputy Rogozin?

“We believe humanoid robots with synthetic vision and A.I. in perspective is not a fairytale.”

Uh-oh. That’s code for “You can’s see one yet and don’t look too closely at the videos because you might notice the strings and chewing gum”

If this design sounds familiar, it is. NASA sent the torso-bot Robonaut 2 to the space station in 2011 and gave it a set of legs in 2014. Robonaut 2 looks more balloonish compared to Fyodor’s Terminator look. 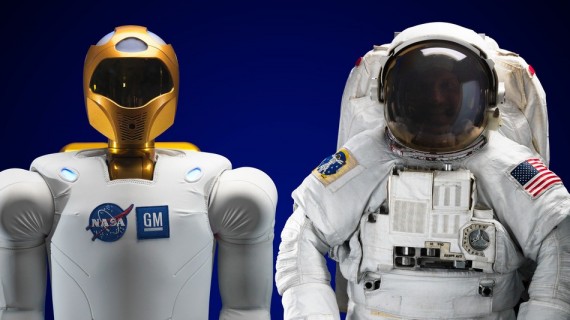 Neither is quite as cool as Xiaotian, China’s Iron Man robot which has style but not much more – it won’t be ready for China’s mission to Mars in 2020. 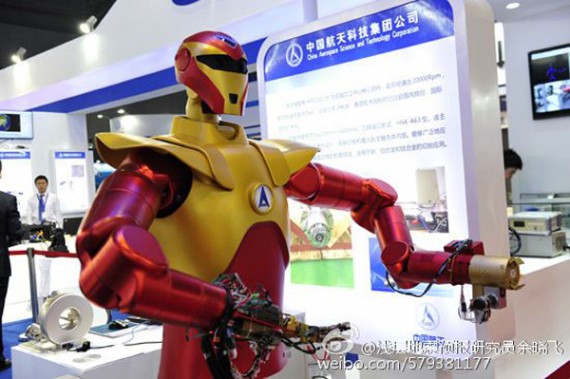 That puts NASA in the lead with the first robot on the space station. While they all are a long way from replacing astronauts and they’re designed for peaceful purposes (wink-wink), putting the three of them on the ISS together would make a great episode of Robot Wars. 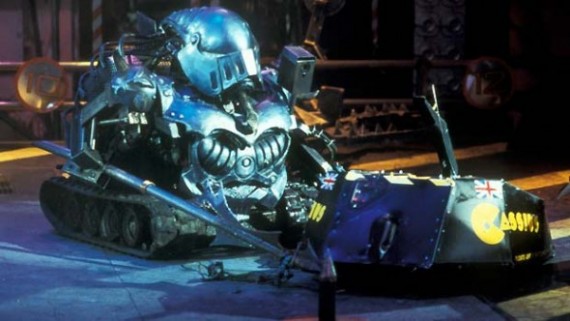 Who are you calling No Legs?