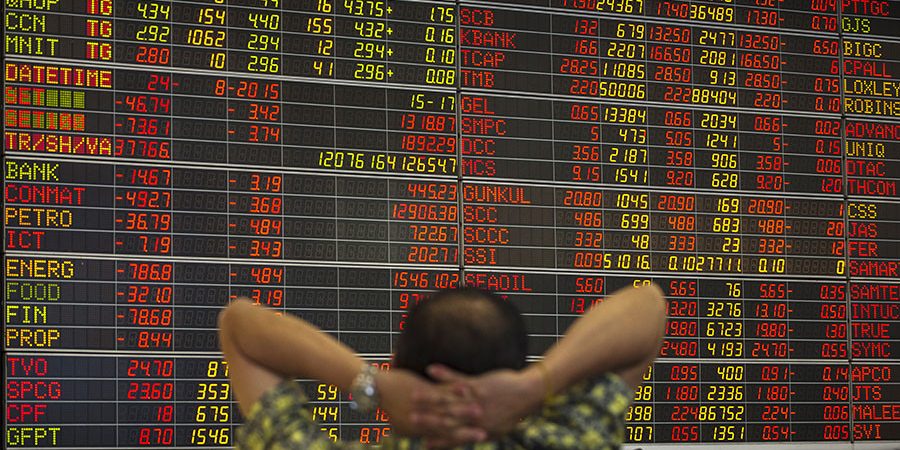 While markets are forecasting only a 10 percent chance of a global recession, Danish investment firm Saxo Bank puts the odds at over 60 percent.

“Our main global macro outlook still maintains that recession is more likely than not in the near future (12 to 18 months) based on the global credit impulse having peaked simultaneously with global inflation,” chief economist at Saxo Bank Steen Jakobsen told CNBC.

Recently, Jakobsen wrote in a note that while his company doesn’t predict a recession, its economic model does see a significant slowdown as “the large credit impulse from China and Europe in the early part of 2016 has not reversed to negative.”

“While the market at large sees less than a 10 percent chance of recession, we at Saxo – together with our friends at South Africa’s Nedbank – see more than a 60 percent chance,” he said in the note.

While Saxo sees Europe as the primary driver for global growth, others are unlikely to follow the lead.

“One thing is absolutely clear: Asia is not going to contribute anything in 2017 to growth. China is at a total standstill,” Jakobsen told CNBC.

“They don’t know what to do with [US President Donald] Trump, and I think Trump again showed his hand over the weekend that he is not to be relied on in terms of a set-out path for how they conduct themselves,” he added.

Moreover, Jakobsen is skeptical the US stock rally will continue, as it has been based on the hope of Trump’s stimulus, and not on real events.

“A dominant part of the equity analysts sees a significantly higher S&P, but it’s based on hope. Hope to me belongs in church on a Sunday,” said the economist.